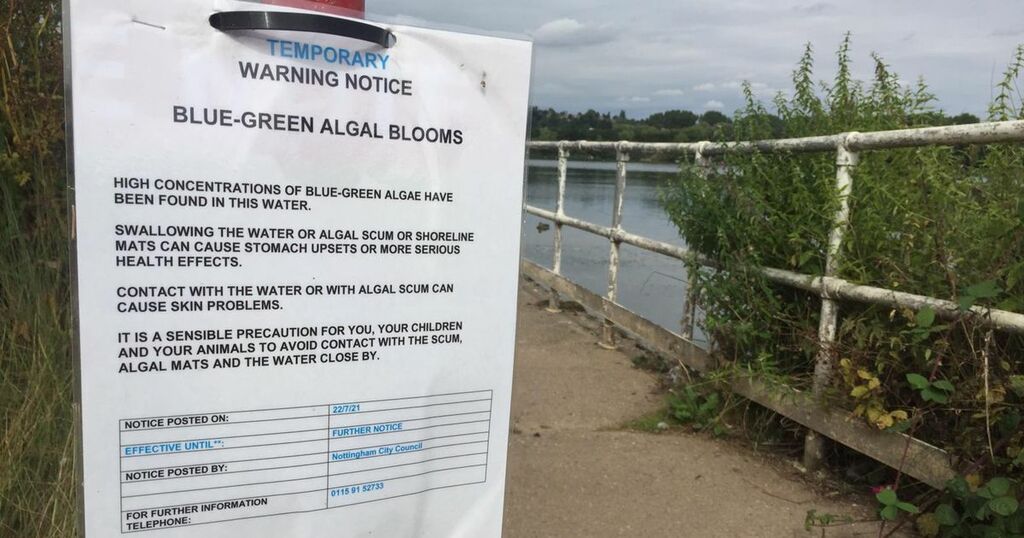 A warning over potential 'serious health effects' has been issued after high concentrations of algae were found at a Nottinghamshire country park.

Blue-green algal blooms have been found in the water at Colwick Country Park and notices have been placed around the park asking visitors to take precautions.

"Swallowing the water or algal scum or shoreline mats can cause stomach upsets or more serious health effects," the signs state.

"Contact with the water or with algal scum can cause skin problems.

"It is a sensible precaution for you, your children and your animals to avoid contact with the scum, algal mats and the water close by."

The notices were put up by Nottingham City Council, at an area popular with swimmers.

Blue-green algae and other algal groups are important contributors to the aquatic biology of fresh and marine waters.

They're important for the conversion of sunlight to energy by photosynthesis, they release oxygen and carbon dioxide into water and produce substances which support the food chain.

According to the Environment Agency, scums form when the weather is calm and bloom-forming species rise to the water surface.

They have the appearance of paint or jelly - or they form small clumps.

The agency says that bloom and scum which form blue-green algae can produce toxins.

And in humans, they can cause rashes after skin contact and illnesses.

But crucially the agency says not all blue-green algae blooms and scums are toxic - but you can't tell just by looking at them.

So the advice is to assume they are and stay clear.

The notices were first posted in July and the warning is in effect 'until further notice'.