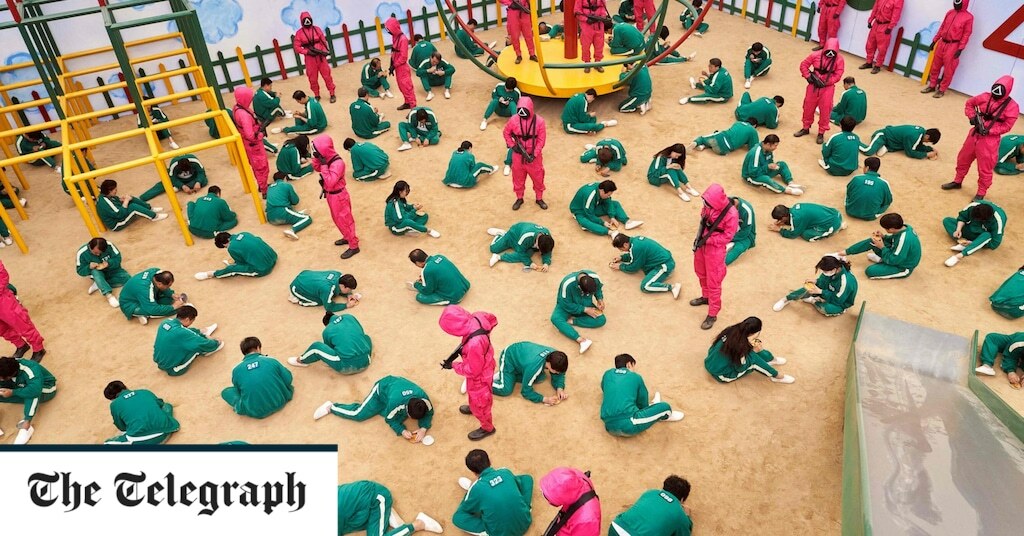 Police have warned teenagers not to take part in a real-life version of the Netflix show Squid Game, in which losers are punished by being shot with a BB gun.

Advertisements are circulating on social media inviting Londoners to take part in a dangerous spin-off contest involving six challenges - including dodgeball, British bulldog, a "crate challenge" and a "free-for-all fight" - with the aim of winning £10,000.

They warn that losers will be "rushed for 10 seconds", meaning aggressively stampeded towards, and shot in the face with a BB gun.

The Metropolitan Police discouraged anyone from taking part.

It added: "We are aware of a post on social media and are working to find out further details in order to ensure a policing plan is in place."

The show revolves around a group of 456 people who are in debt and desperate for money. They are lured into competing in innocent childhood games with brutal consequences – if they lose, they die.

Hwang Dong-hyuk, who directed the series, said he thought the show has been so popular because "people are attracted by the irony that hopeless grownups risk their lives to win a kids' game".

"The games are simple and easy, so viewers can give more focus on each character rather than complex game rules," he added.

Some teachers are so worried that the content could be harmful to young people that they are warning parents to monitor what their children are watching.

One school in Deal, Kent, instructed its safeguarding team to send a letter to parents informing them that the series is not "age appropriate".

John Jolly, chief executive of Parentkind, told Mail+: "Our position would be that parents need to be aware of the show and be informed about it.

"There is a degree of parental guidance given by Netflix and they need to make that decision as a family considering the age of the child. We would advise caution, as well as for parents and schools to talk to each other so that parents can reinforce the school position in the home environment."