Warning as dangerous creatures wash up on UK beaches 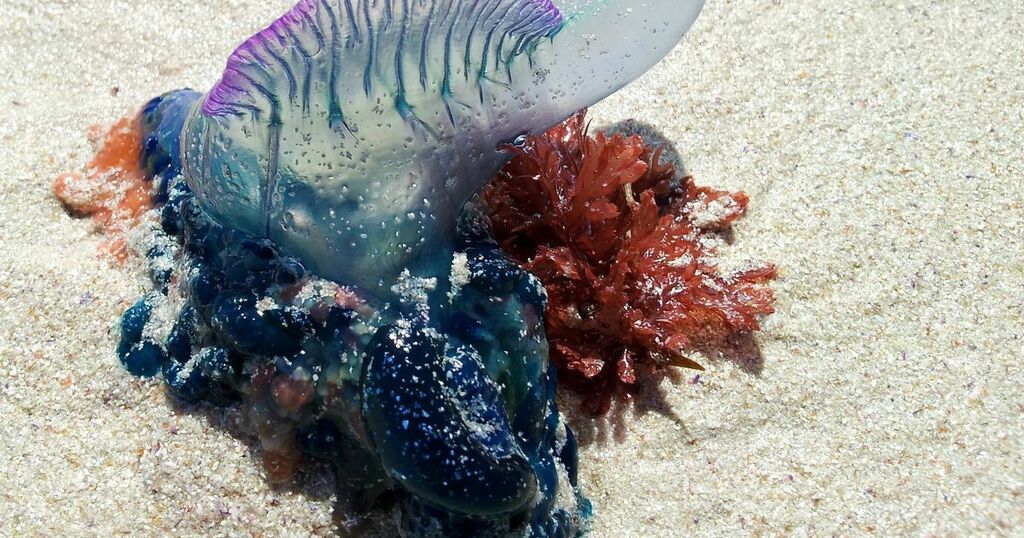 people are being warned to avoid strange-looking creatures which have washed up on UK beaches.

Walkers have reported seeing Portugues Man O'War washed up on beaches in Cornwall.

While they look like jellyfish, they are actually a collection of different animals and their tentacles can pack a dangerous punch - even when the creatures are dead.

CornwallLive says a number of groups and individuals have been reporting sightings of the animals along the coast in recent days.

The Friends of Portheras group issued a warning saying: "Admire but do not touch and report sightings to the Marine Conservation Society."

According to The Wildlife Trusts, Portuguese Man O’ War are rarely found in the UK - but they do sometimes wash up on our shores between September and December after strong westerly winds.

A spokesman for the Wildlife Trust said: "First of all, the Portuguese Man O' War is not a jellyfish. It is a colonial hydrozoan, made up of small individual animals called zooids - each with their own specific function, e.g. feeding or breeding.

"They can't live separately and function together as one "animal". Cool, hey? The Portuguese Man O' War lives at the surface of the open ocean, held afloat by a gas-filled bladder. This has a crest-like structure at the top which acts as a sail.

"They can't swim and are at the mercy of the winds - which is why they often end up washed ashore after big storms.

"They are fearsome predators, catching small fish and crustaceans with their long stinging tentacles.

"It's these tentacles that you need to watch out for too - they can sting long after the animal has died.."

The creatures sting is painful although rarely serious and only fatal in a few extremely rare cases.