Warners Bay produced the response coach Craig Atkins asked for when they beat Broadmeadow 1-0 at Magic Park on Sunday to move three points clear at the top of the NPLW Northern NSW standings.

The two sides were locked on 19 points heading into the round-11 clash, with the Panthers holding first position on goal difference.

But they improved to 22 points and seized the outright lead after Adriana Konjarski found the winner in the 79th minute.

The result came after fifth-placed Newcastle Olympic demoralised Warners Bay 4-2 in round 10. It was just their second loss of the season after going down to Magic 3-2 in round four.

The game on Sunday was played end-to-end on a bumpy and sometimes slippery Magic Park.

Both teams had chances to take the lead before Konjarksi took her season tally to 25 goals in 10 appearances with a close-range finish after Cassidy Davis surged into the 18-yard box and cut the ball into the goalmouth.

The opportunity came through some neat Panthers interplay after Magic turned over the ball in their territory.

"It was a very good performance," Atkins said. "I thought we controlled most of that game and played some really good football on a difficult surface.

"It was a great turnaround from last week. We only had a couple of things to tweak and we knew that and the girls responded really well. It was exactly what I was after."

Magic had their chances but could not put them away. It was the third game in a row that last year's premiers have dropped points after losing 1-0 to Adamstown in round nine then drawing 2-2 with Charlestown in round 10.

But they get the chance to rejoin Warners Bay atop the standings if they can take three points in a midweek clash against fourth-placed Maitland, who drew 1-1 with third-placed Charlestown at Lisle Carr Oval on Saturday.

Broadmeadow coach Jake Curley was not expecting to have midfielder Nadja Squires available for the rescheduled match at Cooks Square Park after she limped off with a knee injury early in the second half.

"It was a game where the team that took their chance won," Curley said. "For us it's just about chances. We defend well and try to create and score goals but the problem is if you don't score goals. It's continuity as well. The good thing is we get to play again Wednesday."

Charlestown coach Niko Papaspiropoulos lamented a failure to "kill off the game" after they took a 1-0 lead into the break on Saturday.

American Summer Taube opened the scoring in the 35th minute with a well-timed header off a corner to give the hosts a 1-0 lead. But Chelsea Greguric ensured a share of the points when she equalised in the 61st.

"We had a really good first half and got into a bit of a rhythm and created some really good chances where we could have gone up more than one and could have killed the game off there," Papaspiropoulos said.

"The disappointing part for us was we didn't kill the game off when we had the chance to and we were in the driver's seat early on and that's kind of been our problem for most of the season, really."

Olympic moved to 15 points and within one point of the top four with a 17-0 win over last-placed New Lambton at Darling Street Oval on Saturday.

The goals were shared around. Jemma House scored five and Jade McAtamney three. Laura Hall and Keea Parrish both produced match doubles and Sophie O'Brien, Georgia Amess, Zoe Burnley and Alesha Clifford also got on the scoresheet. There was also an own goal.

On Saturday night in Taree, Mid Coast drew 0-0 with Adamstown. 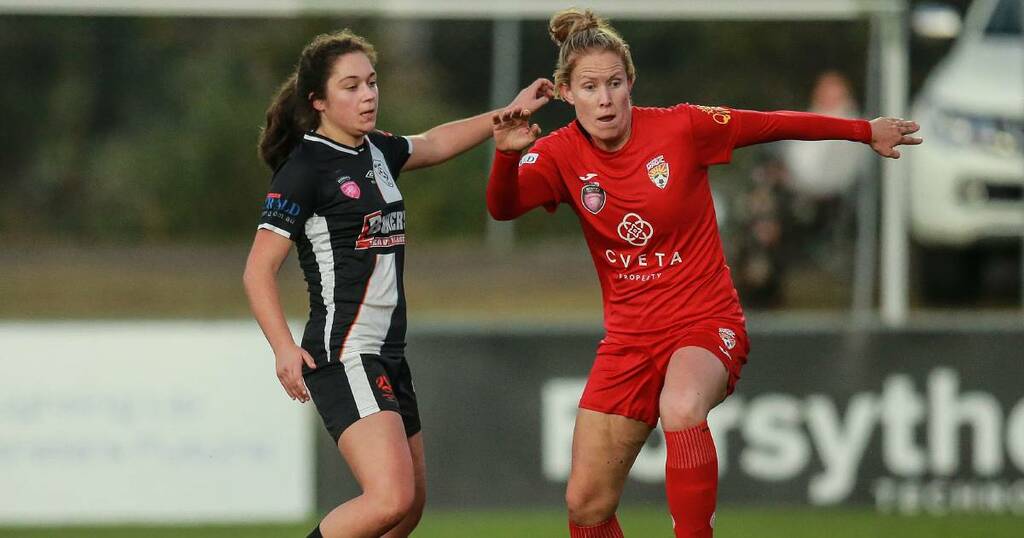 Broadmeadow Magic set to battle Warners Bay for top spot in NPLW NNSW round 11
They meet on Sunday afternoon at Magic Park.

Newcastle Herald
From analysis to the latest developments in health, read the most diverse news in one place.
Broadmeadow Magic rejoin Warners Bay on top of NPLW NNSW after win over Maitland

The Australian team are building for the FIFA Women's Under-20 World Cup.