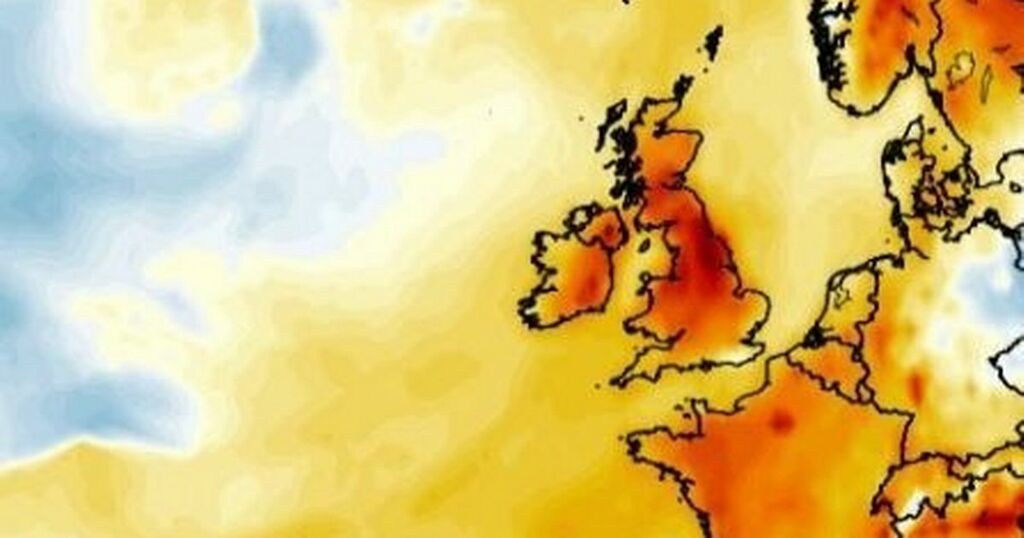 UK weather forecast: Brits set to sizzle in hottest weekend of year with 24C highs
The Met Office has said that the UK could hit highs of 24C this weekend which would be the warmest…

People can also expect some heavy downpours and thunderstorms in some areas.

The Met Office said it could be the warmest day of the year so far.

The weather this weekend in Scotland will be 'quite pleasant' with temperatures in the high teens across much of the country.

Temperatures on Saturday are expected to reach highs of 18C in Glasgow and 19C in Aberdeen, while London will be sweltering with a mini-heatwave at 24C or 25C.

Met Office meteorologist Alex Deakin called it 'quite an interesting' weekend of conditions as a weather front could bring thunderstorms to parts of the UK.

Scotland will miss out on the thunder and lightning, with the stormy weather to stay over parts of England and Wales that are yet to be identified.

What's more certain is that this weekend will be warmer for most of Scotland after a blustery Friday.

BBC Weather reported cloudy conditions on Friday but with some brightness in south and east whilst strong winds gust at 40mph or more on exposed coasts.

Sunday will be overcast, but dry with temperatures once again in the high teens, although those on the east coast won't be quite so fortunate.

The balmy conditions are due to a front of warm and humid air drifting up from France on Saturday that are set to spark heavy thundery shower possibly in areas of England and Wales.

The Met Office says areas on the eastern coasts could be a little bit cooler with more of a breeze off the North Sea.

"For Scotland and Northern Ireland, Sunday again largely dry and fine, quite pleasant with temperatures in the high teens," said meteorologist Alex.

On Sunday, the high in Glasgow will be 19C, 15C in Edinburgh as Aberdeen's forecast could fall to 16C.

Often cloudy in the north with some outbreaks of rain across northern and western Scotland. Dry elsewhere with plenty of warm sunshine in the south. Windy for many, especially in the north.

Light rain becoming confined to the far north of Scotland. Clear skies and light winds allowing it to turn chilly elsewhere, perhaps with a few fog patches in the south.

Most parts dry with plenty of warm sunshine and light winds. Some showery rain perhaps reaching the far south of England towards dusk.

Outlook for Sunday to Tuesday:

Rain or showers affecting most places at times, initially in the south on Sunday, transferring to central and western areas next week. Plenty of dry and warm weather around too.

UK weather forecast: Brits set to sizzle in hottest weekend of year with 24C highs
The Met Office has said that the UK could hit highs of 24C this weekend which would be the warmest…

People can also expect some heavy downpours and thunderstorms in some areas.

The Met Office said it could be the warmest day of the year so far.