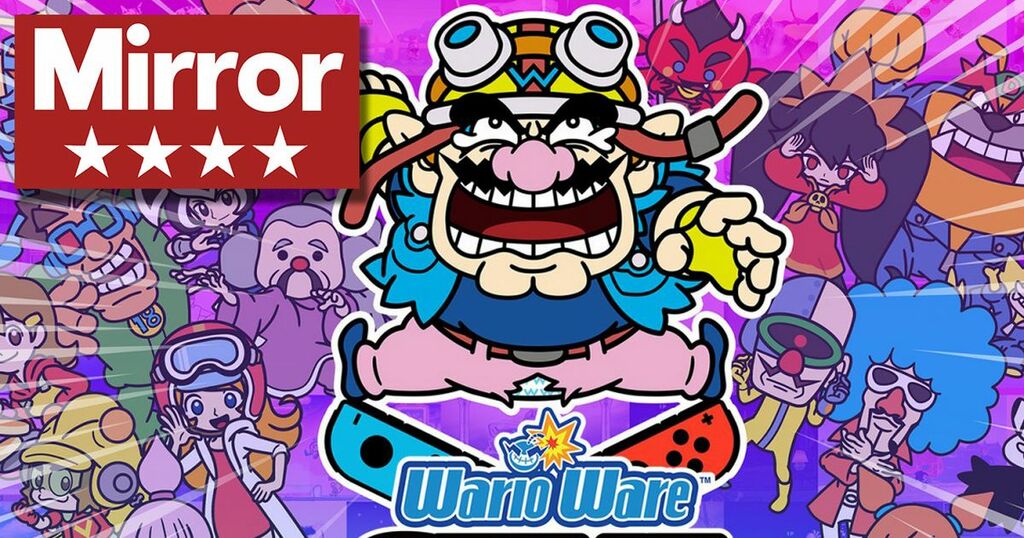 WarioWare: Get It Together! is the most recent instalment of the long-running mad, microgame collection featuring Mario lookalike and part-time antagonist Wario.

The first game in the series WarioWare Inc, Mega Microgame$ was released for the Game Boy Advance back in 2003 and has a cult following that has since spawned a series of offbeat, crazy microgames that have appeared on multiple Nintendo home console and handhelds systems.

The last game in the series was WarioWare Gold on the Nintendo 3DS back in 2018. Known for its off-beat humour and addictive, fast-paced gameplay the WarioWare games have become a Nintendo staple.

Developed by Nintendo and Intelligent Systems, who have worked on numerous Nintendo titles including WarioWare Gold, and Fire Emblem: Three Houses and Paper Mario: The Origami King, the microgames are a super short and varied collection of unconnected games that last only a few seconds, and are a fantastic example of that Nintendo creativity.

Wario and his crew are sucked into his latest video game and once inside, they find bugs corrupting everything, so the team need to bust the bugs by completing various wild and wacky tasks.

Unlike previous WarioWare games, you now control a character actually inside the games rather than just interacting directly with the game.

Featuring over 200 microgames, with some linked by themes like “Nintendo classics” and “Nature”, when a game begins you are given a command and a scenario and need to work out what you need to get your character to do and how to do it before a very short timer runs out.

The minigames in the WarioWare series are known for being weird and whacky; players can find themselves shooing flies away from a toilet, keeping footballs in the air, tweezing a statue's armpit hair or - my favourite - completing a whole level from SNES classic, Super Mario World.

However, in this title, throughout your journey, you will unlock other characters each with unique controls and handling that change how you play the minigames.

Each new stage introduces one of the many characters, and gives you a very quick tutorial to help you learn their particular controls to help you get to grips with the new ways you’ll be tackling tasks.

Then you are shown a short video to introduce a new, varied and individual character and the theme of that area. You can then select up to 3 crewmates to join you in that stage and to use on the microgames inside.

You start each area with 4 lives but if you mess up and lose them all you can buy your way back in for 100 points.

The different characters can make some games much easier or harder, as some can’t stop moving, some don’t really move at all, and some, like Wario, fly through the air (not gracefully, of course, I mean… it’s Wario).

Even when you think you’ve mastered a particular microgame it sometimes returns with extra complications or a twist that’ll make you think twice.

As you progress the games speed up and you are given less time to complete each game. The stage then culminates in a Boss Stage, which is a harder microgame that you normally get more time to complete. Once the boss is defeated the bug is kicked out of that stage and you can move on.

The microgames retain the quirky mix of bizarre visual styles the series is well known for. The games often use simple, stylised drawings or 8-bit graphics to represent backgrounds, and this is a large part of the game's charm.

The characters have also been simplified but feature some basic 3D models that look reminiscent of Nintendos Mii’s. And of course, there is an abundance of strange music and animations whose uniqueness help make the games a spectacle.

The new multiplayer option adds a whole new dimension to the madness of Get it Together!

You and up to 4 friends can try work your way through the carnage of Wario’s weird games, whether working together or against each other.

In Co-op, You can work together and show off your teamwork skills or be fiendish and mess up your partner's efforts. You can play via Two player couch co-op or via local wireless with two Nintendo Switch systems.

You need to pay special attention to your character selections in multiplayer as it has even more impact in multiplayer with some combinations really switching up how you play.


There are other useful modes included like the Play-o-pedia that lets you replay any microgames you’ve already played. Play Data also gives you some helpful stats including which characters you win most with, which is helpful to note when assembling your crew.

The Variety Pack, once unlocked offers even more modes to try out.

The game suffers from the same issues all Wario ware games have in that sometimes there isn’t enough information for you to know what to do, especially in the short amount of time you have to figure it out.

However, this is expected of the WarioWare games, you're not supposed to always know exactly what to do or it would be far too easy.

Get It Together! also doesn't rely on any gimmicky controls like some previous iterations which is surprising given the versatility of the Joy-Cons motion controls and HD rumble.

One of the greatest joys of WarioWare: Get It Together! is you’re never 100% certain what’s going to happen next; combine that with the silly and strange humour, and you’ve got an absolute classic.

This isn't a deep game but it's a great deal of fun and is a charming experience. The WarioWare series is easily one of the most original gaming concepts ever and Get It Together! is a welcome addition to the Nintendo Switch.

The addition of co-op and new characters with unique controls really help to breathe new life into the endlessly creative WarioWare Series.

WarioWare: Get It Together! is out September 10, and is available for Nintendo Switch for £39.99.
A demo is available on the eShop.