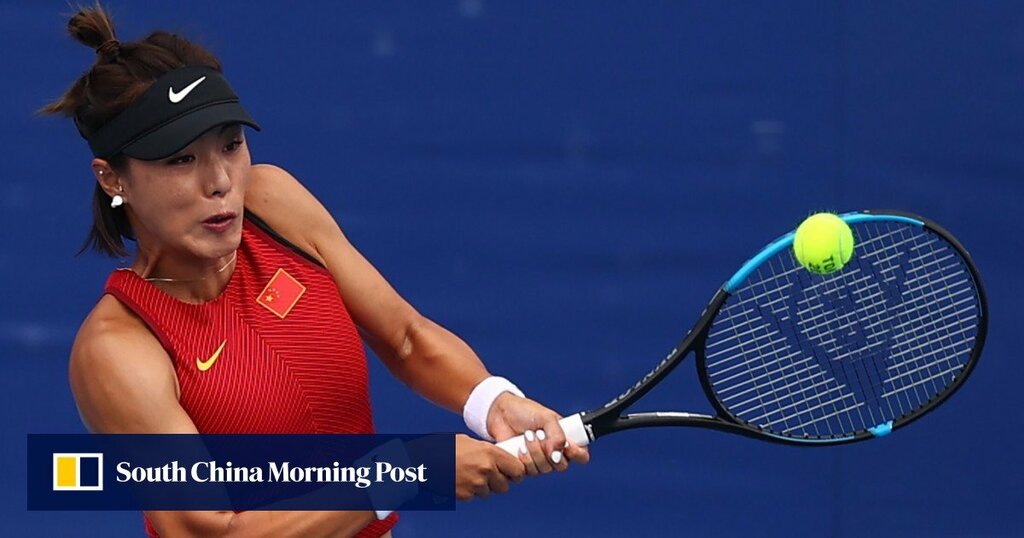 Zheng called for a medical timeout after the warm-up but began the match and broke Wang’s serve to win the opening game before taking a seat at 15-30 down on her own serve.

It was at this point she decided to retire, blaming an injury she picked up in the women’s doubles semi-final earlier in the Games.

Wang and Zheng embraced after the short-lived game at the Yangling Tennis Centre, the newly-completed venue around 100km from Xi’an.

With both players representing Tianjin, the team was guaranteed gold and silver at these Shaanxi-based Games, but the result ensured Wang won back-to-back titles.

Beaten semi-finalists Zhu Lin from Anhui and Wang Yafan from Sichuan secured bronze for their provinces.

China’s Zhang cruises into US Open doubles semis with Stosur

Zheng apologised for having to retire.

“First of all, I want to say sorry to everyone. It is indeed because of my own reasons that I can’t keep on going. I was injured when I played doubles the day before yesterday,” she said as reported by local media.

Zheng and partner Duan Yingying lost their women’s doubles semi-final, earning a bronze for Tianjin. The women’s doubles final would be won by the Beijing-Tianjin team of Yang Zhaozuan and Xu Yifan who beat Sichuan’s Jiang Xinyi and Wang Yafan.

The women's doubles semis are set!

Despite playing for Tianjin, Zheng said she grew up in Xi’an, the host city of these 14th China National Games.

“The film persists. I really can’t persist today. I’m sorry everyone,” she said. “Xi’an is where I grew up. This is also the first time I played a game in my hometown. I really want to play this game well. I’ve tried my best, I’m sorry.”

National Games gold-medal winner Wang and Zheng represented China at the Tokyo 2020 Olympic Games after skipping Wimbledon to focus on competing for China.

Fellow Tianjin player Zhang Shuai, who played at Wimbledon, was the only eligible Chinese player to skip the National Games and choose to play at the US Open.

Zhang and partner Samantha Stosur of Australia are in the women’s doubles semi-final where they face Desirae Krawczyk of the US and Alexa Guarachi of Chile.

The 32-year-old is now China’s top-ranked singles player in the WTA standings at No 49 ahead of Wang in 50th place.