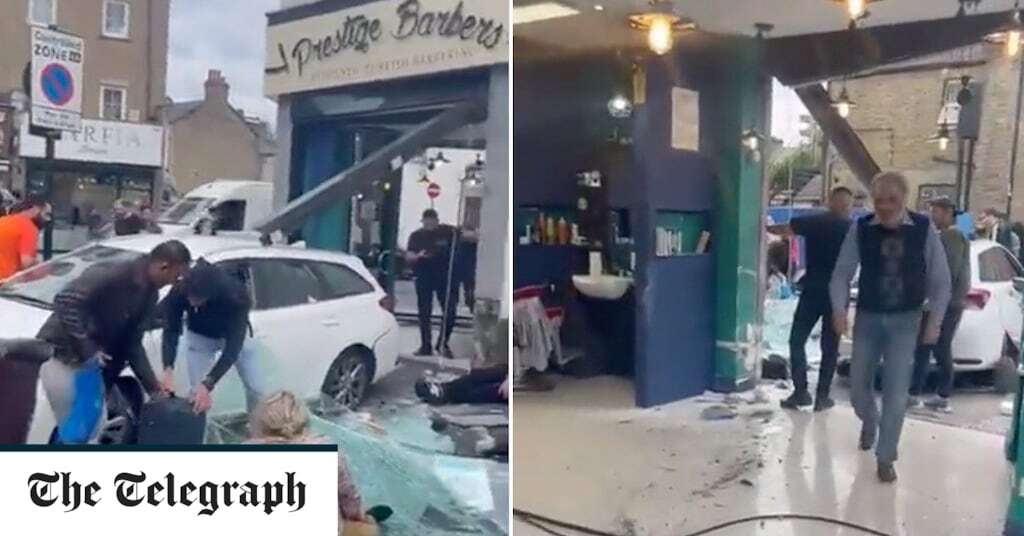 Five people have been injured after a car left the road and crashed through a barbershop window.

The driver appeared to have lost control on Hoe Street in Walthamstow, north London, and smashed through the front window of Prestige Barbers.

The vehicle then careered through the corner plot shop and smashing through another window before coming to a halt on Second Avenue.

Five people were treated by paramedics for non-life-threatening  and non-life-changing injuries. The Telegraph also understands that the 65-year-old driver has not been arrested and is also receiving treatment.

A Met Police spokesman said: "Police were called at 1.47pm on Thursday to a report of a collision involving a vehicle and multiple pedestrians in Hoe Street, E17.

"Officers, along with colleagues from the Ambulance Service and the London Air Ambulance Service, attended the scene and immediately provided first aid to the 65-year-old driver and others at the location.

"All injuries are not believed to be life threatening.

"A number of road closure are in place.