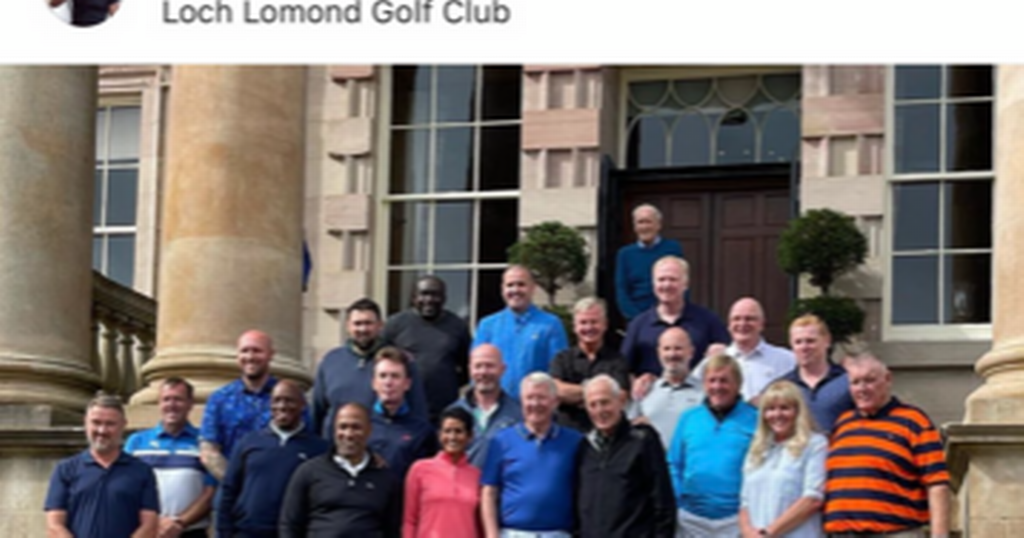 Ex-England and Newcastle United striker Alan Shearer posted a photo on his Instagram page of the event at Loch Lomond.

Rangers revealed how Smith underwent surgery in March this year but fans were delighted to see the 73-year-old back out in public.

Smith was pictured at the centre of the group of famous faces with Sir Alex Ferguson draping his arm around his shoulder.

Ferguson took Smith to Manchester United where he was his assistant at Old Trafford for a short spell, winning the 2004 FA Cup together.

The pair were flanked by Sir Kenny Dalglish and Shearer, who spoke of a great day. He said: “What a day to play in Emmie Smillie golf day at the fabulous Loch Lomond with an amazing group.

“Well done to everyone in raising so much money for a great charity.”