Wallabies look to back up shock Boks win 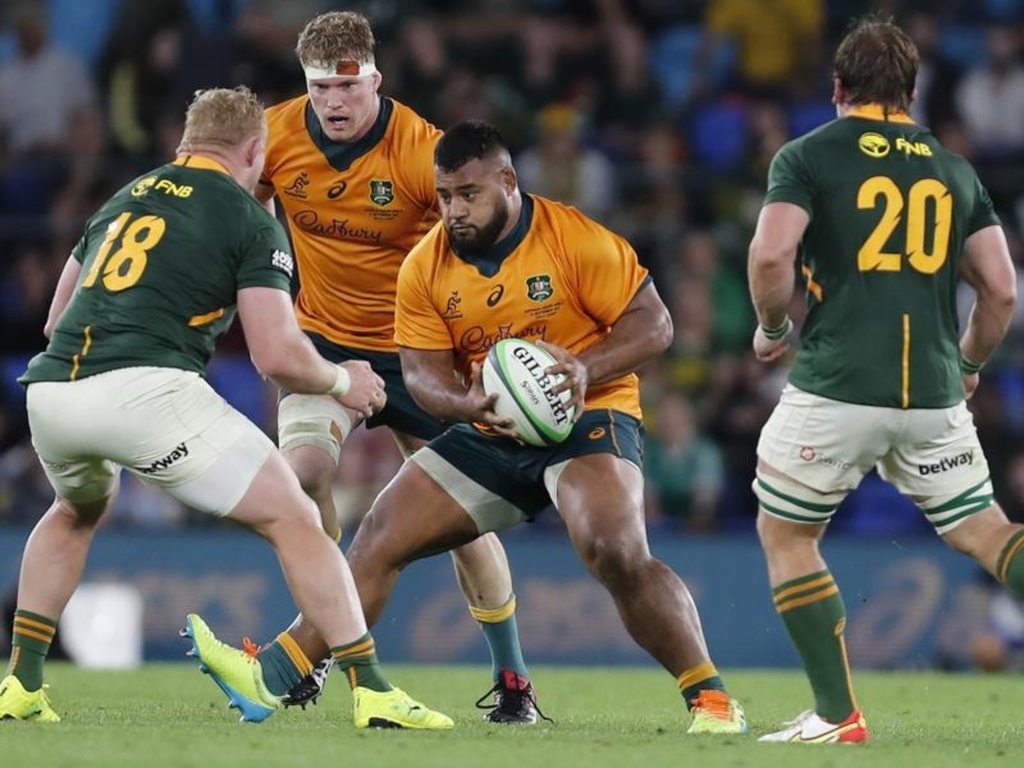 Recalled playmaker Quade Cooper was the unlikely hero, booting Australia to a memorable 28-26 victory over the world champion Springboks with a penalty kick after the siren on Sunday night for their first Rugby Championship win.

That came after the Wallabies forwards put a big shove on the powerhouse South African scrum in the dying seconds which ultimately led to halfback Nic White winning a breakdown penalty.

"The two scrums before that scrum we went backwards so we came together and we wanted to come up with a plan - we needed to get that scrum," Tupou said on Monday.

"Feleti or Hoops (captain Michael Hooper) was telling us, if there's one scrum we need to win this year it's this one.

"It was in front of our bench and I looked at them and I thought, 'I will throw everything I can into this scrum', and we did it."

Tupou is overdue for inclusion in the starting line-up for the second Test against South Africa on Saturday night in Brisbane after being used sparingly off the bench.

He brings additional size and power while starting tighthead Allan Alaalatoa is departing the Australian camp for the birth of his child.

Kaitu'u also staked a claim in his 16-minute cameo from the bench, helped by starting hooker Folau Fainga'a's erratic form which included a yellow card for an ugly no-arm tackle.

The hooking role is one the Wallabies have yet to nail down this year.

Kaitu'u, who grew up in Queensland, was hopeful of another crack at stopping the Springboks' fearsome maul.

"It's a big task - they're huge humans - so you've got to try to take them apart early on, win the first three seconds and stay in the fight as that's the only way you're going to have a chance of stopping those big boppers."

Tupou was happy to see Cooper back at No.10 for the first time in four years, with the former Queensland ace an idol when he was growing up.

He said that Cooper, now 33, offered something special.

"He knows what he's doing, he controls the game better.

"When I first came into the Reds there was a lot going on off the field with him.

After three successive losses and surrendering the Bledisloe Cup to New Zealand, who swept aside Argentina 39-0 earlier on Sunday, Tupou said that Australia needed the win.

"It's been a while - we lost the last three games and we needed that win it to get us back and the boys were pretty happy," Tupou said.