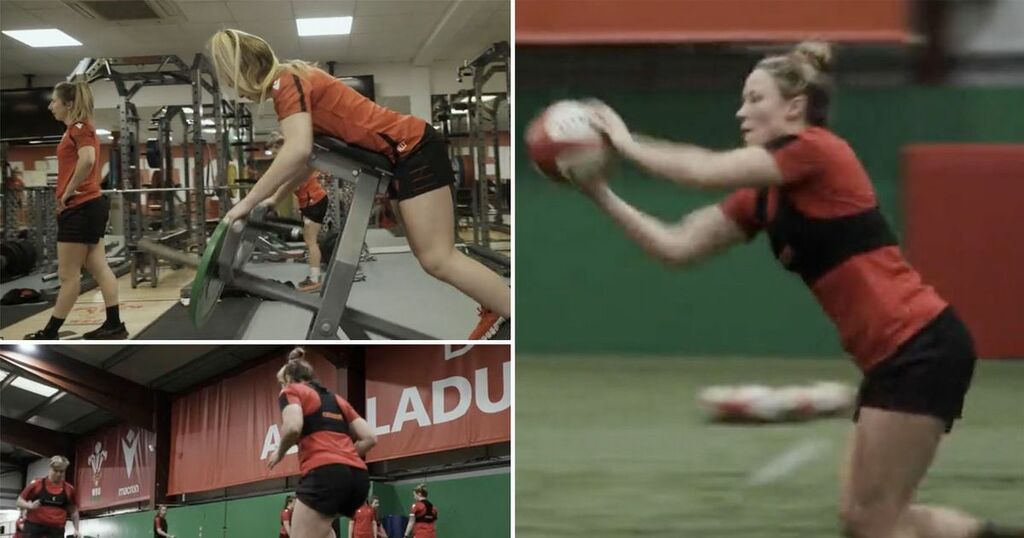 The Welsh Rugby Union (WRU) has confirmed its inaugural class of full-time women's players in what many fans will be hoping is the beginning of a new chapter for the sport.

It was announced in November that the WRU would award professional contracts to 10 Wales internationals, while another 15 players would be handed retainer deals.

And in what many will consider an important step for women's rugby, the WRU named its initial batch of 12 players—two more than originally intended—who have been given 12-month contracts.

Wales captain and No. 8 Siwan Lillicrap is another predictable selection for one of the 12 contracts, while Alisha Butchers, Natalia John, Carys Phillips, Gwenllian Pyrs and Donna Rose make up the other forward reserves.

The deals will give those 12 players greater freedom to dedicate themselves to their rugby profession, with increased funding and a new home at Wales' National Centre of Excellence.

Head coach Ioan Cunningham said the selection process had been "tough but enjoyable," adding he and his team were "super excited" to begin this new phase in the team's history.

"Talent and ability was the first element in our selection process and then the potential growth of the individual player along with their attitude," he continued.

"The conversations offering contracts were nice ones to have if often quite emotional. Some of the players had logistic issues to work through from a personal and professional perspective but it’s great to have them at the National Centre of Excellence now as we start to put the foundations in place for improvement.

"We have developed close working relationships with the players’ Allianz Premier 15s clubs and I’m confident our programme will prove beneficial for all parties."

Where do you think Wales will place at the 2022 Six Nations? Let us know in the comments section.

Up until now, England have been the only one among the Home Nations and one of the few teams in world rugby who operate a professional women's programme after awarding 28 contracts in January 2019.

The WRU's budget may pale in comparison to the neighbouring Rugby Football Union (RFU), but Wednesday's move plants the seeds for future generations of women's Wales stars.

WRU chief executive Steve Phillips described the announcement as "a very proud day" for the group, adding: "I am very pleased to be able to say we have our first full-time female players who will represent Wales on the international stage.

"This is set to be a very demanding but unforgettable year for women’s rugby and these players – along with the players on retainer contracts and other squad members – will benefit from the full range of our expert on and off-field support to help them reach their potential.

"This is the start of an exciting journey for women and girls in Wales."

Along with providing full-time stars greater job security, professional players will be able to train four times a week with Wales, having previously been restricted to one midweek session and weekend training camps.

Players will also receive fees for the first time if they make a matchday squad, and those not on full-time deals will be paid for attending training camps, or if they make the World Cup squad.

The identities of those players set to receive semi-professional retainer deals have yet to be revealed.

Wales will be eager to close the gap on their peers at the upcoming Six Nations, which begins on March 26, having finished bottom to collect their second Wooden Spoon in four attempts last year.