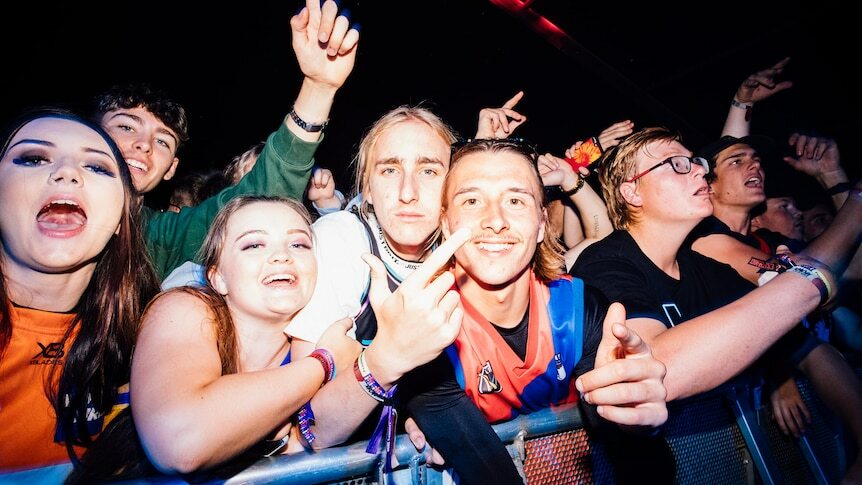 The catch? They can only attend official leavers events if they have received at least one dose of a COVID-19 vaccine.

It is a move both authorities and experts have labelled as a sign of what is to come when WA, which has been largely COVID-free, will begin to open to the rest of the country and the world.

"School leavers this year is actually the very first opportunity we've had to implement the sort of policies which look like vaccine passports," Health Minister Roger Cook said.

"So, this is a dip in the water for the government.

But the WA Police Commissioner and Vaccine Commander, Chris Dawson, said people should not overthink it.

"I wouldn't read [into it] too much, more other than us protecting school leavers from being together, enjoying it in a safe way so that we don't unwittingly invite COVID-19 to spread amongst the group when they're enjoying themselves," he said.

"Ideally we would like them to have two [doses], but they must be vaccinated at least once."

Commissioner Dawson announced yesterday a deadline of December 31 for 80 per cent of the state's eligible population to be fully vaccinated against coronavirus.

Katie Attwell, a vaccination social scientist and policy expert from the University of Western Australia, said the mandate for school leavers seemed like a good place to start, given it was a state-run event.

"It's not a group we're historically worried about having serious adverse events from COVID, but nevertheless it's a group where the spread of COVID could occur quite easily," she said.

"So I think perhaps doing it here is a way of making sure that the technology works, because so much of things like mandates is about the implementation.

"How do you actually make this work? How do you check people's status? How do you deal with attempted forgeries?"

Warming up to opening up

WA has so far avoided any large-scale outbreaks of the virus and lived a relatively normal existence amid the global pandemic.

Events have been able to go ahead, like Perth Festival, the Royal Show and the AFL grand final, which drew a crowd of 61,000 to Perth Stadium.

So far there has been no requirement for vaccine passports, with the WA's strict border controls reducing the risk of the virus circulating in the community.

But the risk is now accepted, and state authorities have acknowledged WA cannot stay shut off from the world forever and must, at some stage, begin living with the virus.

"I do think we'll see more and more of this as we have large events going ahead, because you want to make sure that any event that's being held could be held even if there was some virus circulating in the community.

All eyes on the 'WA experience'

Professor Bennett said she also believed the leavers vaccine mandate was something the rest of the country would look to.

"We [Australia] haven't seen it yet but that's because the areas with the largest cities, with the largest events and the virus circulating haven't actually yet moved to those events," she said.

"But I think that's exactly what we're going to see going ahead.

"And so everyone will be watching what happens with the Western Australian experience, because all states will learn from each other about the best ways to manage these things from an operational sense as well."

Mr Dawson said about 9,000 young people attended the 2020 state-funded leavers events in Dunsborough, making it a good opportunity to make sure almost a third of that particular age group was vaccinated.

Professor Bennett said it would also mean targeting a cohort of people who would likely be among those socialising and attending events as WA began living with the virus in the future.

"We do know that even one dose of vaccine helps, but we also know that once people have had their first dose, they're likely to follow up on the second," she said.

"And you wind up boosting vaccination levels in that very part of the community who are going to want to take full advantage of staying connected and going to events as the state opens up progressively."

Dr Attwell said it was also important to keep sharing positive vaccine stories with the wider community to boost the overall vaccine rate.

"I think it's really important that we continue to support people in our lives who might be concerned or hesitant about the vaccine," Dr Attwell said.

"And as much as possible, if we can share our positive experiences of vaccination … and that we're now robust and ready to face COVID-19, and we want the same thing for them, that's an important message to keep sharing with our friends and families."