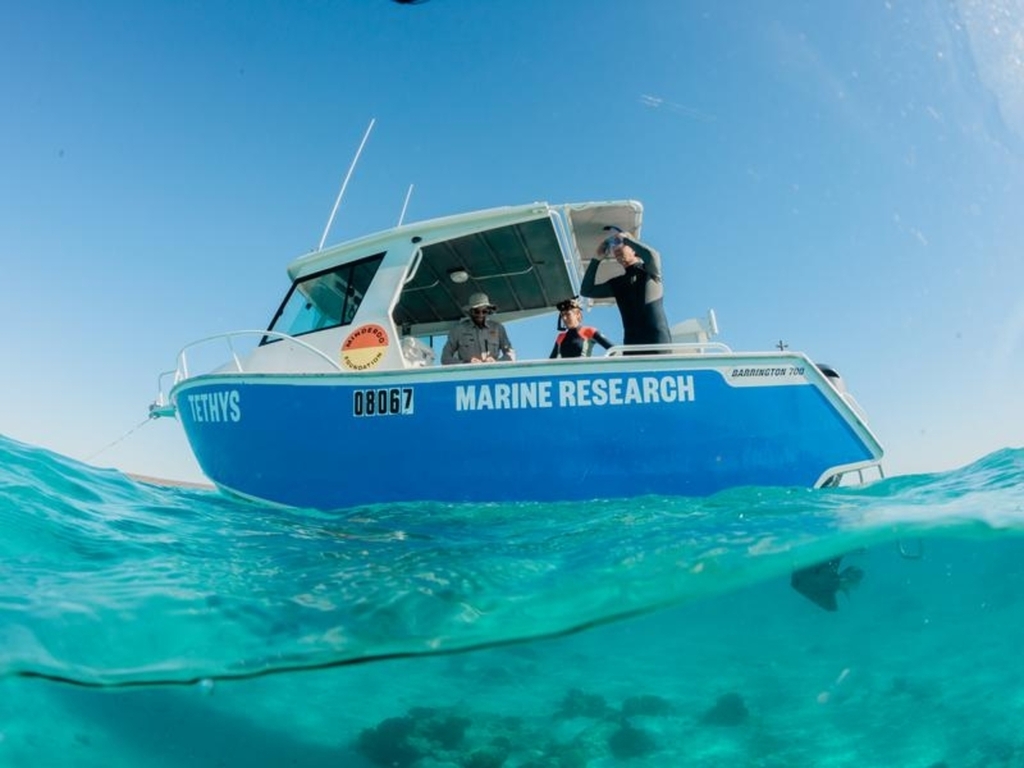 Already a world heritage-listed sanctuary for visitors and marine life, Western Australia's spectacular Ningaloo Reef will be the backdrop for research aimed at protecting the ocean from the ravages of climate change.

A new state-of-the-art marine research laboratory will be unveiled in Exmouth on Wednesday, an initiative of billionaires Andrew and Nicola Forrest's Minderoo Foundation.

It also has molecular testing equipment that can be used for environmental DNA sequencing. It's hoped this will allow the development of an early detection system to warn tourists about the presence of venomous Irukandji jellyfish off the Exmouth coast.

Minderoo hopes to attract the world's best marine scientists to study at the facility once international borders reopen, with conservation to be a major focus.

Scientists have warned nearly all coral reefs will be at risk because of global warming by 2050.

Tony Worby, the chief executive of Minderoo's Flourishing Oceans initiative, says the lab already has projects looking into the identification and growth of heat-resilient corals which can withstand the impacts of global warming.

"Coral reefs are integral to a healthy ecosystem and a healthy marine environment," he said.

"They're nursery environments, they're absolutely abundant with life. So loss of coral reefs is going to be a massive problem globally."

Such efforts are significant for the Ningaloo Reef, which was added to UNESCO's world heritage list in 2011.

A report last year by the International Union for Conservation of Nature downgraded Ningaloo's conservation outlook status to "good with some concern" - still two categories above the "critical" status of the Great Barrier Reef.

Along with growing tourism and fishing, it warned that future coral bleaching and industrial activity threatened the reef's health.

Dr Worby said the foundation was open to supporting research into understanding the impacts of industrial activity in the area.

"What Minderoo isn't doing is saying 'Here's the research that we want done, please come and do it for us'," he said.

"Having said that, there will still be a little bit of top-down because we're interested in supporting research that will lead to better ocean conservation outcomes."

Dr Forrest said the "world-class" facility will deliver research that contributes to the protection of 30 per cent of the world's ocean by 2030.

"The time is now for a major course correction if we are going to save the ocean," he said.

Stretching more than 300km across the WA coast and boasting one of the world's longest near-shore reefs, Ningaloo is known for its annual whale shark migration and network of underground caves.

A 2019 study uncovered a remarkable level of biodiversity in the remote Exmouth Gulf, including species of sea snakes previously thought to be extinct.