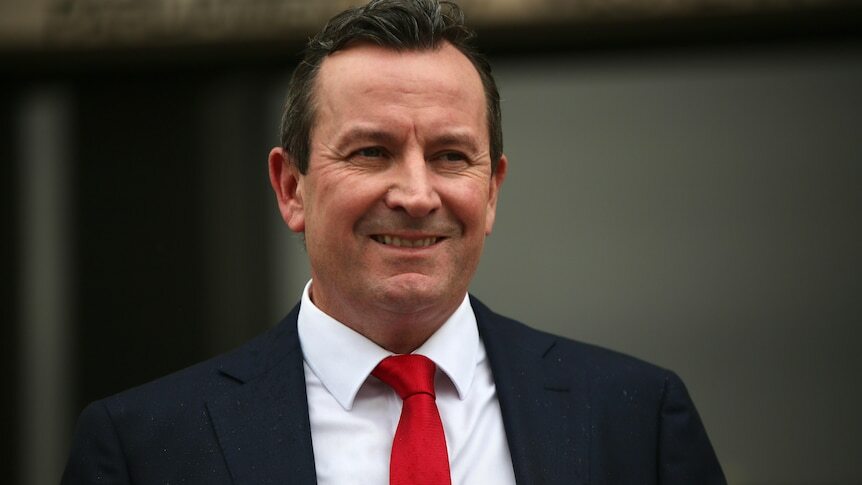 The state was expected to stay in the black over the coming years, with a $2.8 billion surplus expected this financial year.

In his fifth state budget and first since appointing himself Treasurer, Premier Mark McGowan said WA had the nation's strongest economy, while other states were awash with debt and deficit.

"Even in the middle of a global pandemic, unlike any other jurisdiction, Western Australia's financial position is strong and on a sustainable footing," he said.

Given the state's economic position, Mr McGowan said he expected debate between the states would reignite over the GST carve-up.

The state's budget surplus was significantly boosted by GST revenue.

"They will be wildly angry and they will want to undo the GST deal," he said.

"We will have to keep fighting for it."

GST revenue added more than $4.5 billion to the state’s coffers last financial year, with more than $5 billion expected in 2021-22.

Taxation was also higher than expected, up 11.7 per cent or $1.1 billion, largely due to the state's booming property market.

The state budget made no assumptions about when the state's interstate border would open, although Mr McGowan has previously said he expected it would open to COVID-plagued states like New South Wales and Victoria next year.

But it did base assumptions around the international border, with a gradual reopening expected from September 2022.

Many of the big spending items had already been announced, including $1.9 billion on health and mental health, an extra $1 billion for the state's COVID-19 response and $875 million towards social housing.

New announcements included $1.4 billion to be set aside for a new desalination plant, $500 million on a "digital capability fund" to improve cyber security and $400 million towards relocating Fremantle port to Kwinana.

While the budget includes a $30.7 billion infrastructure program over the next four years, the timelines for 16 major projects have been significantly pushed back due to the significant workforce and skills shortages.

This will include delaying key Metronet rail projects, upgrades to Perth's highway network and renovations to TAFE sites.

Households can expect their fees and charges to rise by 1.6 per cent, an increase of around $99.36 a year.

The strong financial position allowed the state government to bring forward its review of its tough public sector wages policy, which had been capped at $1,000.

The current policy for 150,000 public servants was due to last another year, but the Premier said a review would start next week, and a new policy was expected by next year.

The WA government's record operating surplus came off the back of surging iron ore prices, driven by Chinese demand.

In mid-May the iron ore price reached a record $US235.6 per tonne, around $US140 to $US150 per tonne above prices prior to the outbreak of the pandemic.

But the listed iron ore price has dropped to about $US66 a tonne over the next four years, something Mr McGowan described as a "conservative" estimate.

While net debt fell for a third consecutive year to $32.1 billion, it was expected to climb again from next financial year – when it is expected to be $34 billion.