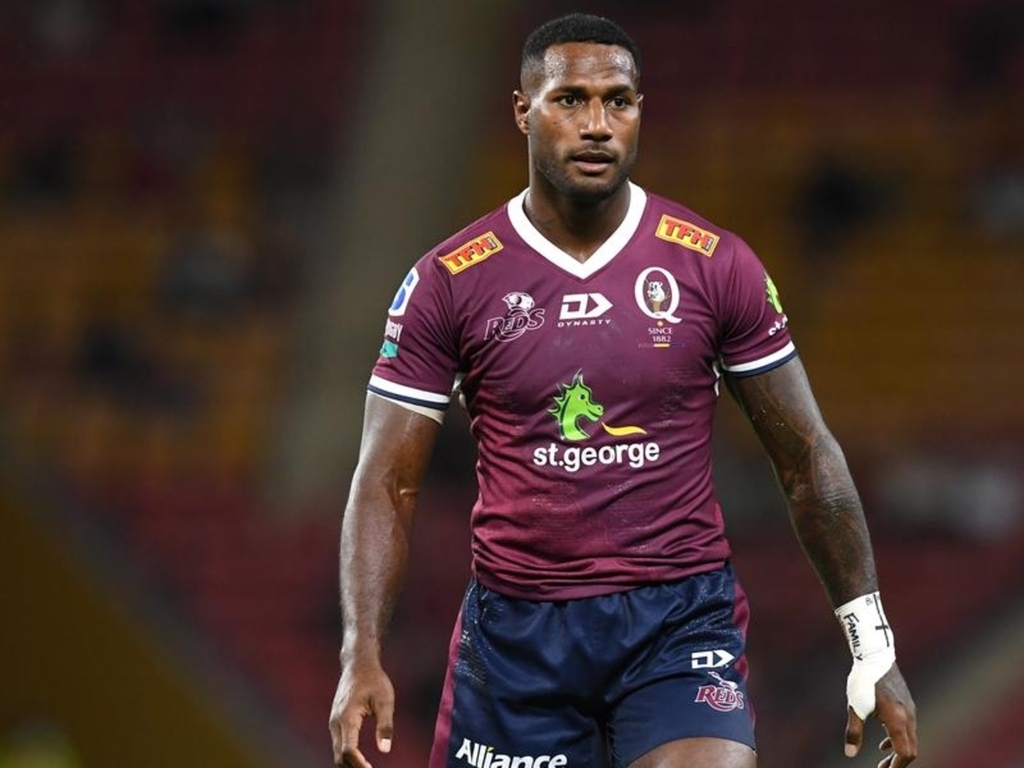 Suliasi Vunivalu's highly anticipated Wallabies debut has been delayed again by a recurring hamstring injury that has Australian rugby scratching its head.

The two-time NRL premiership winger with Melbourne has been impressive in his brief appearances so far, Queensland Reds coach and dual international Brad Thorn claiming he's done it better than anyone he's seen.

But three separate hamstring injuries, the most recent coming last week as he prepared to enter Wallabies camp for the Rugby Championship, have restricted him to just eight Super Rugby games.

Vunivalu had surgery after a second hamstring tear towards the end of the Super Rugby Trans-Tasman season that ruled him out of three Tests against France and the three-Test Bledisloe Cup series.

While wing isn't a particular area of concern on the Wallabies' depth charts, Vunivalu's aerial prowess and raw athleticism would have been a blessing ahead of four tough Tests against South Africa and Argentina over the next month.

He will still join the Wallabies camp on the Gold Coast on Tuesday and have further scans to determine the severity of the injury, but given his treacherous recent history appears unlikely to feature in any of them.

"So disappointing for Suli. He's a big game player and just itching to play and the switch, he's just come across as easily as I've seen between the two codes," Thorn said.

"It was getting exciting for him ... pretty gutted for him. It's massively frustrating and I imagine it's something to look at further."

Vunivalu had hamstring issues during his NRL career but was able to manage them, playing 111 games and scoring 86 tries and last week expressed concern over the training workload expected of him.

"You go from league to union in that position you're kicking the footy, there's a lot of running around and supporting in defence," Thorn said.

"It is a different game. Every time things change you've got to be careful. It's not what we want."

Meanwhile, Thorn endorsed the immediate return of James O'Connor if he is cleared to play after a groin injury kept him out this season's six Tests.

Noah Lolesio is under pressure to hold his spot after the side's comprehensive Bledisloe Cup whitewash, while Thorn also hopes to see prop Taniela Tupou deployed in a starting role rather than bench weapon.

The Reds won the domestic competition this year but, with likely starters Hunter Paisami and Lukhan Salakaia-Loto both unavailable due to their partners expecting babies, had just one player starting in Sunday's third Test against New Zealand.

"As a Queenslander, yeah I'd like to see more in there. I thought Tatey (haflback Tate McDermott) was probably best on ground the last two Tests," Thorn said.

"He's (O'Connor) got experience as a 30-plus year old guy and did a great job for us this year and that experience you'd think would be a benefit to the Wallabies.

"And Nella, there's no-one like him probably on the planet. A small man trapped in a 140kg body.

"I'm sure they'll be looking at all of that."