Voyager 1 is sending bizarre, glitchy signals back to NASA

Something weird is happening onboard one of the most iconic NASA spacecraft of the 20th century. Voyager 1 is a certified space soarer, coming up on half a century of flight-time and still going strong. But it's beaming back an abnormal message to NASA, and they’re scrambling to understand why.

The signal from the computer that keeps Voyager 1’s antenna pointed towards Earth is sending back erroneous number sequences, such as rows of zeros. Mission team members like project manager Suzanne Dodd — who began working on the Voyager 1 and 2 spacecraft 38 years ago as her first job out of college in 1984 — are trying to figure out what is happening on this faraway probe.

Voyager 1 is currently navigating through interstellar space. It passed the border of the solar wind’s dominion in space, called the heliopause, back in 2012. However, the spacecraft is still within the Sun’s gravitational grasp and hasn’t left the Solar System (yet).

As Voyager 1 treads along the edge of our cosmic home, scientists hope the spacecraft will get off its lawn, and go even farther into outer space.

But the more distance it treks, the older it gets. It’s a whopping 14.5 billion miles from Earth now because it’s been flying across space at a pace of roughly 3.6 Earth-sun distances each year in recent history. Voyager 1 launched on September 5, 1977, two weeks after its twin robotic mission, Voyager 2. Initially, they traveled in the same direction to rendezvous with the outer planets, but they veered off onto different trajectories after swinging past Saturn in 1980 and 1981.

Here's the background — “Is it aliens?” Inverse asks Dodd, mostly jokingly and just to get it out of the way. “No, I don’t think so,” she says after laughing.

“It’s something in the circuitry,” she says. “Which, if you think of 45-year-old circuitry, it’s amazing that it’s working at all.”

The probe can detect when something is wrong, Dodd says. As Voyager 1 wades through the edge of our cosmic lake, where the magnetic field of the Sun interacts with the interstellar medium in ways that are yet to be fully understood, things might happen. This hinterland is ripe with astronomical data that has yet to be harvested.

So the old machinery on Voyager 1 needs to be able to take care of itself.

“It has a lot of ability to autonomously detect what’s wrong and put itself in a safe situation,” Dodd said, remarking on the current situation.

“But it hasn’t gone into any kind of fault protection, which tells us that the spacecraft thinks it’s just fine. It’s just that, for some reason, it started speaking a different ‘language’ that we don’t understand,” she says with a laugh.

What’s new — The problem seems to be coming from the attitude articulation and control system (AACS) computer onboard Voyager 1.

One of three on the spacecraft, this computer is responsible for Voyager 1’s orientation, like controlling its thrusters and keeping the high-gain antenna pointed towards Earth so that data about the interstellar medium keeps trickling back.

The team can steer the spacecraft, and that, paired with the signal’s strength and a lack of fault protection activation, tells them that Voyager 1 is doing well. But the telemetry signal itself “does not make any sense,” producing either all zeros or the number 377, Dodd says.

If the spacecraft was in dire straits, “we would be seeing a degradation in our signal from our spacecraft,” she says, which they aren’t seeing.

“Somewhere in the interface with the flight data system … there’s something that’s causing the telemetry data to be mixed up, I guess, or nonsensical,” Dodd says. “And we don’t understand that yet.”

What’s next — Dodd says the next step to diagnose the problem will come in two steps. Investigating the root cause of the anomaly is step number one.

“If we can do that, then we can decide what we want to do going forward: If we want to reset anything, or if we want to switch to some of the backup hardware,” she says. “Because we do have redundancy on these systems, even after 45 years.”

But that decades-long timescale is nevertheless working against them. Dodd says that the people who designed Voyager 1’s circuitry and drew up its design are likely retired or have since passed away.

“There’s a reasonable chance that we won’t know what caused this anomaly. And in that case, we will move forward slowly, doing things to re-establish our normal operations.”

Or, she says, “we might not ever be able to clear these telemetry issues.”

But then it’s just a matter of living with the new puzzling but non-dangerous reality. “It just makes it more difficult if we don’t know what the anomaly is, and you have to make it more measured in your steps going forward to make sure you don’t do anything too risky that would jeopardize the spacecraft,” Dodd says.

But one thing’s for sure: Voyager 1 is still beaming back science data every day, and operations have no end in sight.

“First and foremost,” Dodd says, “we will obviously continue to operate the spacecraft.” 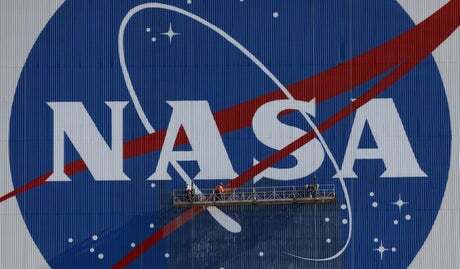 Voyager 1: Where is the spacecraft and why was it first launched back in 1977?
NASA is investigating a mystery taking place aboard Voyager 1, which is currently operating on the edge of the solar…

Scientists are baffled at the odd telemetry data being relayed by Voyager 1, which was launched in 1977

NASA has uncovered the mystery of Ceres, a dwarf planet between the orbits of Mars and Jupiter.