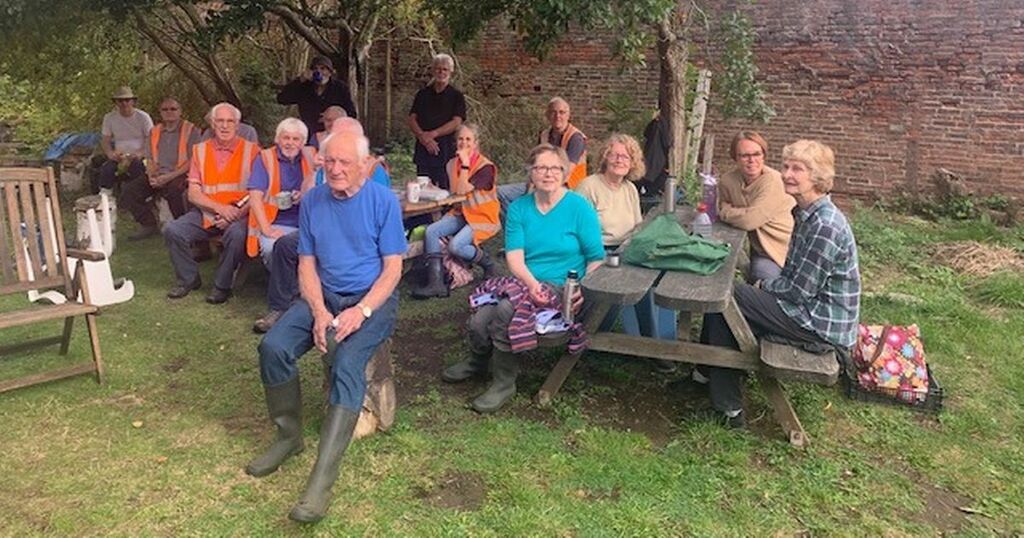 Up to 30 volunteers have been driving tractors, planting vegetables and laying bricks at the Walled Gardens in Wollaton Park to help preserve the historical area.

Volunteers - some who are a part of the Friends of Wollaton community group - are also raising money to ensure that they can continue refurbishing the large 16th century area of land.

Andy Jackson, 64, is one of those involved in the community-spirited scheme.

“In 2018, the city council commissioned the east wall to be repaired, it was literally crumbling," the retiree from Wollaton told Nottinghamshire Live.

"When we got here, we couldn’t see the walls, they were all covered in ivy. We spent 3-4 months collecting all the old bricks, and cleaning them so they could be re-used."

From small beginnings, there are now around 25-30 volunteers helping out each week and the tasks involved have changed too.

“It just made sense to use the empty space in the garden to grow vegetables,” Mr Jackson said.

“A volunteer had come with a tractor, and I thought, now we can really start getting stuff done, we had a qualified bricklayer and the volunteers brought all their other skills. We’re now collecting donations to help refurbish more of the land by selling seeds.”

Mr Jackson told Nottinghamshire Live that other plans for the Walled Gardens include giving refugees a space as a “mental release” to grow their own food and to give patches of land to school children to come along and do the same thing.

Mr Jackson said that the city council have been helpful throughout the process of refurbishing the gardens however, a lot of it is down to the “fantastic work” of the volunteers.

“We do contact the council, it’s their land," he said. "They have provided us with things like petrol and a few tools over the years.”

Volunteers pride themselves on being a friendly group, and embrace the social aspect.

“The Walled Garden is fundamental to the Wollaton estate. The volunteers are doing a wonderful job and continue to do so. This ongoing project has been a lifeline for some of the volunteers here and it’s amazing to see community spirit and community work happening.”

Those sentiments were echoed by Cate Woodward, Labour councillor on the Wollaton West ward.

“Wollaton’s Walled Garden plays an important role in the transformation of the Wollaton Hall and Deer Park to become a World of Wonder accessible to everyone," Cllr Woodward told Nottinghamshire Live.

"Our goal is to develop the Walled Garden to bring to life and unify the estate of Wollaton Hall and Deer Park. The ambition is that the Walled Garden will be a place to build knowledge and share resources, and will include an interactive hub linked to sustainability, health and wellbeing. And it is well underway, thanks to the fantastic volunteers from Friends of Wollaton Park.”