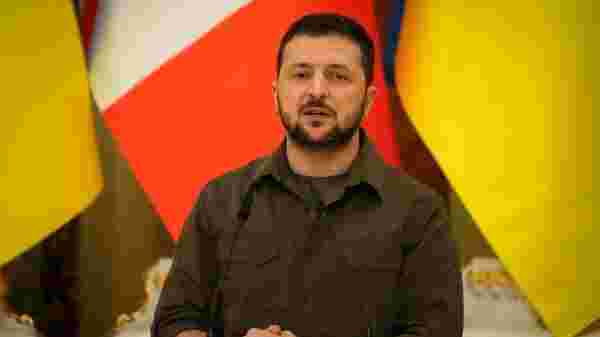 Russia’s invasion of Ukraine has dominated headlines since late February 2022. The war struck a nerve among Western audiences, evoking…

Politico
Baseball signed by Zelenskyy sells at auction for $50,000 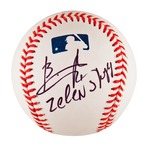 A baseball signed by Ukrainian President Volodymyr Zelenskyy has sold at auction for more than $50,000, a portion of which…

Zenger
From analysis to good news, read the world’s best news in one place
Ghana's high school system sets many students up for failure: it needs a rethink

The legal commentators say they’re having fun — and making a tidy profit.

His leadership during the Russia-Ukraine crisis has won him millions of fans across the world and this seems to be just the beginning for Ukrainian President Volodymyr Zelenskyy. Often referred to as a symbol of the Ukrainian resistance, Zelenskyy has attained an iconic status and a proof of the same was seen at the recent fundraiser for Ukraine held in London, Great Britain.

Zelenskyy’s fleece jacket, autographed by him, was auctioned for as much as £90,000, or around INR 85 lakh at the fundraiser. The jacket was flaunted Zelenskyy as he walked through the streets of Kyiv while Russian troops were close to attacking the city.

"When the war started, the world couldn't believe Ukraine and its government will last for more than three days, but it did," the Ukrainian Embassy to the United Kingdom mentioned in a video posted on its official Twitter handle. "Today, the whole world looks up to a man wearing a simple fleece jacket. And now the iconic item, personally signed by President Zelenskyy, is here," it added.

As per the embassy, the idea behind the fundraiser, titled “Brave Ukraine”, was to “tell the stories of (Ukraine’s) bravery which became iconic during the war, as well as to raise funds to support this bravery.”

The fundraiser also included toys donated by Ukrainian First Lady Olena Zelenska and iconic photographs by late photographer Max Levine at the Tate Modern art gallery in London. As much as USD 1 million or INR 7 crore was raised at the event to support humanitarian aid for Ukraine.

The embassy wishes to use the raised funds for the re-equipment of the Western Ukrainian Specialized Children's Medical Center.

British PM Boris Johnson, who also attended the fundraiser called Zelenskyy as "one of the most incredible leaders of modern times". Johnson added that UK will continue to support the nation by saying, “we will continue to intensify this effort for as long as Ukraine wants and needs our help.”

Russia’s invasion of Ukraine has dominated headlines since late February 2022. The war struck a nerve among Western audiences, evoking…

Politico
Baseball signed by Zelenskyy sells at auction for $50,000

A baseball signed by Ukrainian President Volodymyr Zelenskyy has sold at auction for more than $50,000, a portion of which…