Voices from the Arab press: Arab-Americans and Visa Waiver Program

By THE MEDIA LINE 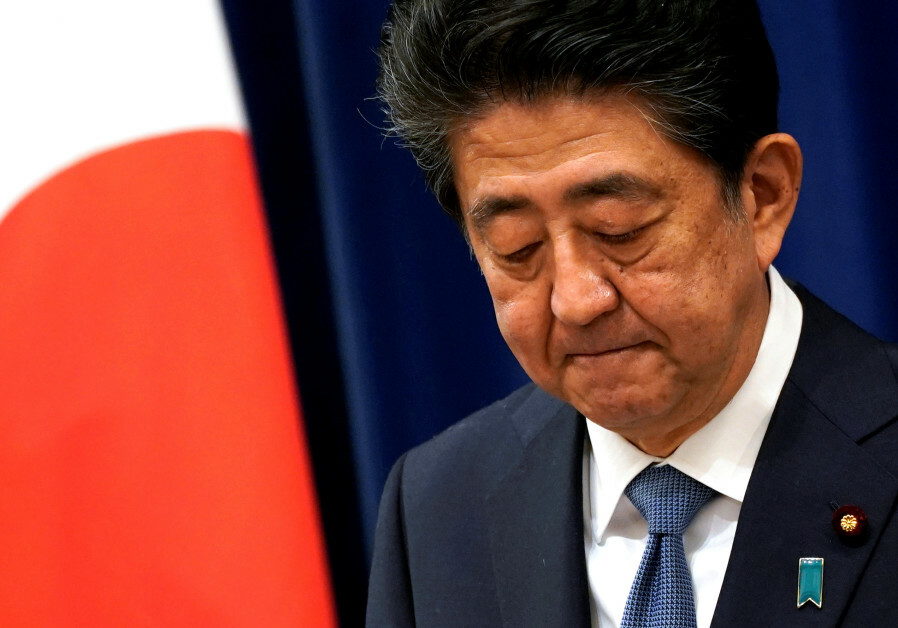 ARAB-AMERICANS AND THE VISA WAIVER PROGRAM

Prime Minister Naftali Bennett concluded his visit to the US last week, where he met with President Joe Biden and Secretary of State Antony Blinken. Upon returning to Israel, Bennett spoke to the press and claimed that he is coming back with “full hands,” referencing different “gifts” he received from his American hosts.

A US State Department spokesman said that Blinken and Bennett “agreed on the importance of including Israel in the Visa Waiver Program,” as an example of the promises Bennett received. But a statement by Biden after the meeting made use of slightly more subtle language in reference to this point: “We will direct our efforts to work together toward Israel’s fulfillment of the requirements of the Visa Waiver Program.”

I was well prepared for Bennett to seek new aid commitments for Israel vis-a-vis Iran and win American silence on settlements and Palestinian human rights, but I was surprised by the reference to the Visa Waiver Program. I was hoping that the door to this idea was closed shut after the State Department made it clear in 2014 that Israel could not qualify for the program due to its treatment of Arab-Americans, especially those of Palestinian origin, seeking to enter the country. One of the requirements of the Visa Waiver Program is a clear commitment to reciprocity. This means ensuring that Israel treats all American citizens reciprocally when they enter its territory, as the US is committed to doing toward all Israeli citizens.

In 2014, a US State Department spokesperson justified the refusal to allow Israel to enter the Visa Waiver Program based on the fact that the US remained “concerned about the asymmetric treatment that Palestinian Americans and Americans of other Middle Eastern origin at Israel’s borders and checkpoints.” This is because many Arab-Americans, even those born in the US, continue to face obstacles when attempting to enter Israel with their US passports. Some have been told that Israel does not recognize their US passports or citizenship and considers them Palestinians, thereby requiring them to obtain a Palestinian identity card, and enter Israel through the Allenby Bridge land crossing from Jordan.

Over the years, hundreds of protests have been lodged with the State Department that cited harassment of Arab American citizens, in clear violation of the 1951 Israeli-American agreement that obligates Israel to allow American citizens to “travel freely” and to ensure their “most committed safety and protection.” Several administrations responded to these concerns – including that of president Bill Clinton – and secretary of state Madeleine Albright raised the issue with her Israeli counterpart. Secretary of state Condoleezza Rice issued a strongly worded statement affirming that “an American citizen is an American citizen,” and demanded similar treatment for all US tourists after learning of reports about harassment of Palestinians with American citizenship. However, nothing was done to modify this treatment until 2014, when the State Department denied Israel’s application to enter the Visa Waiver Program on the basis of its unequal treatment of Arab-Americans.

It amazes me that Israel, without any policy changes, continues to pursue inclusion in the program. I had hoped that Biden’s mention of “Israel’s fulfillment of the requirements of the Visa Waiver Program” would be accompanied by the necessity of similar treatment of all US citizens. But we will still demand, as American citizens, the right to equal protection under the law at home and abroad. Israel should respect our rights as Americans, and our government should respect those rights. The journey to protect these rights is far from over. – James Zogby

WHY DID THE JAPANESE PM STEP DOWN?

The culture of resignation is one of the manifestations of a civilized civil society. It is a positive behavioral practice that aims to give priority to the public interest over one’s personal good, in order to correct the failure of the institution – and the person leading it – to achieve its strategic goals.

It wouldn’t be an exaggeration to say that the country where this culture of accountability and resignation is most present is Japan. In Japan, people are educated from a young age on the importance of morals and integrity. This allows them to develop honesty, responsibility, alongside the values of discipline and duty, mastery of work, and preservation of public money. Whoever digs into Japanese news will find countless examples of ministers and leaders who submitted their resignations, for reasons that might seem trivial to us, based on our culture. Reasons include receiving funds from donors to support electoral campaigns or taking on gifts from supporters.

In Japan, if a train is delayed or late, if contaminated foodstuffs are discovered, or if vital equipment malfunctions at a hospital, the person in charge of the problem will resign. In this context, it’s important to note that throughout Japan’s history, many of the country’s political leaders stepped down from their positions, because they felt like medical conditions prevented them from properly leading their country. We have seen how former prime minister Shinzo Abe voluntarily resigned from his position in August 2020, citing medical issues, while he was at the peak of his power and popularity. Before him, another Japanese prime minister, Junichiro Koizumi, who was charismatic and wildly popular, voluntarily left power after feeling like he “gave it his all” and it was time to move on.

Most recently, current Prime Minister Yoshihide Suga, who succeeded Shinzo Abe as Japan’s leader less than a year ago, followed his predecessors’ lead and stepped down prematurely. Suga announced that, due to health reasons, he would not vie for leadership of the ruling Liberal Democratic Party in its internal elections, held on September 29, and that he will devote his efforts to fighting the coronavirus pandemic that has taken over Japan. Thus, Suga’s resignation paves the path to a heated race among many Japanese politicians who would like to take his place.

One report suggested that Suga was pressured from within his party, led by his deputy, Taro Aso, to resign, in preparation for the selection of an alternative figure who would enjoy greater popularity and would lead the party in the upcoming general elections. According to Japanese newspapers and media, Suga’s plummeting popularity came due to a number of crucial mistakes he made during his one year in power, including: the exclusion of many academics from membership on a government advisory board because of their opinions; his failure to fulfill his promise to modernize and reform the government bureaucracy; the failure of his campaign to save Japan’s service sector from the repercussions of COVID-19; and, finally, his failure to respond to popular demands to postpone the Summer Olympics, hosted by Tokyo this year. – Abdullah Al-Madani.