Vladimir Putin's forces have begun moving nuclear-capable missiles towards its border with Finland.

A video posted on Monday shows the deployment of mobile Iskander missiles purportedly from a motorway on the way to Vyborg, a western Russian town close to the Finnish border.

The footage comes immediately after Helsinki formally announced its bid to join NATO, a move which Russian President Putin has long been opposed to.

A commentary on a dashcam video says that seven ballistic missile systems were on the way to the town just 24 miles from the Finnish border.

Russian state television previously said that Moscow would deploy nuclear weapons to its European borders should Nordic nations Finland and Sweden set up military bases on their territory.

They said: "When NATO bases appear in Sweden and Finland, Russia will have no choice but to neutralise the imbalance and new threat by deploying tactical nuclear weapons.”

The Russian leader also said they will face "consequences" if they "worsen the situation" in Ukraine.

“As soon as the president of Finland said they were joining NATO, a whole division of Iskanders, seven of them… is moving towards Vyborg,” said the voice on the video uploaded to the VHCK-OGPU channel.

“Looks like a new military unit is about to be formed in Vyborg or the region.

“All the equipment is new, Ural trucks are driving it.

On Sunday evening, Finland and Sweden's leaders confirmed their intention to join NATO, marking a historic foreign policy shift that was triggered by Russia's bloody invasion of Ukraine.

The two countries previously had decades of military non-alignment, but will now formally submit a joint membership application to the 30-member alliance as soon as the decisions are ratified by their respective governments.

Finnish President Sauli Niinistö said: “A new era is opening. A protected Finland is being born as part of a stable, strong and responsible Nordic region. We gain security, and we also share it. It’s good to keep in mind that security isn’t a zero-sum game.”

Iskanders with conventional warheads have already been used in the war in Ukraine. They are capable of carrying cluster munitions or fuel-air explosive enhanced-blast warheads.

Timothy Wright, a research analyst with the London-based International Institute for Strategic Studies told Newsweek that they can "accurately target and destroy what it is being fired at."

Putin has repeatedly warned both countries against joining NATO, saying the move obliges Russia to strengthen its defences in the Baltic Sea region.

British troops are training in another Baltic nation, Estonia and have said they are ready for an escalation should the war in Ukraine spill across the border. Some 70 miles from the Russian border, NATO troops, tanks, fighter jets and armoured vehicles have amassed for military drills under British command.

Lieutenant-General Rupert Streatfeild, the Royal Welsh commanding officer overseeing the exercise in Estonia, told the Times that the war in Ukraine and threats against NATO had given his troops a “razor-like focus."

Turkey is threatening to dampen Sweden and Finland's accession to NATO, with its Foreign Minister Mevlut Cavusoglu expressing concerns. He said it was "unacceptable and outrageous" that the prospective new members give support to the Kurdish militant political organization, the PKK.

Public support for NATO accession in Finland has skyrocketed, trebling to about 75% and is surging to between 50% and 60% in Sweden.

Jens Stoltenberg, NATO's Secretary-General, has said both countries would be “welcomed with open arms” and has said he hopes the accession process would be quick.

Despite this, Russian Deputy Foreign Minister Sergei Ryabkov said the two Scandinavian countries ”should have no illusions that we will simply resign ourselves to this”.

Latest British military intelligence has said that Russia’s offensive in the Donbas had “lost momentum” and demoralised Russian troops are failing to make gains, with the Kremlin's battle plan “significantly behind schedule." 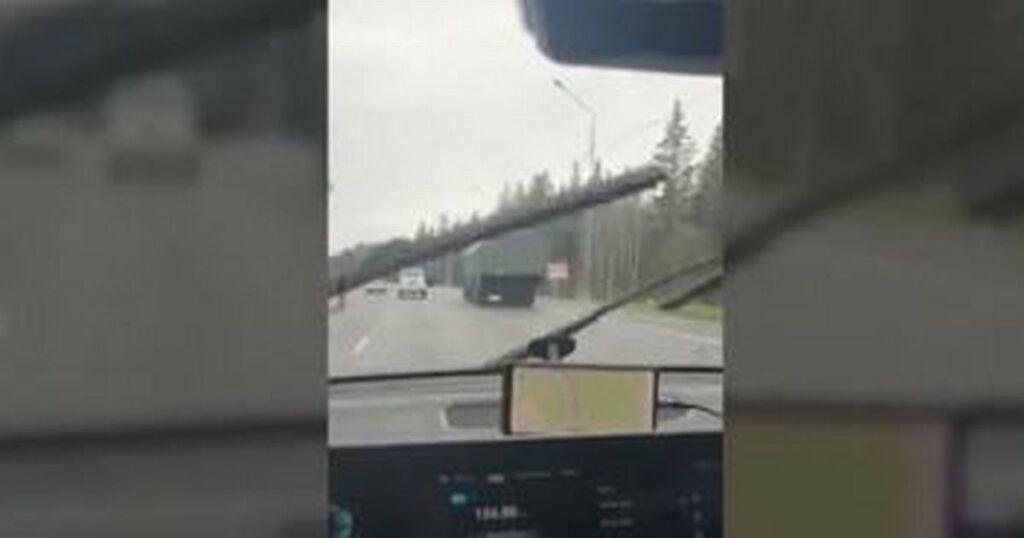 Moscow, which shares an 800 mile border with Finland, has said it would be a mistake for Helsinki to join…