Vladimir Putin slams withdrawal of US troops from Afghanistan 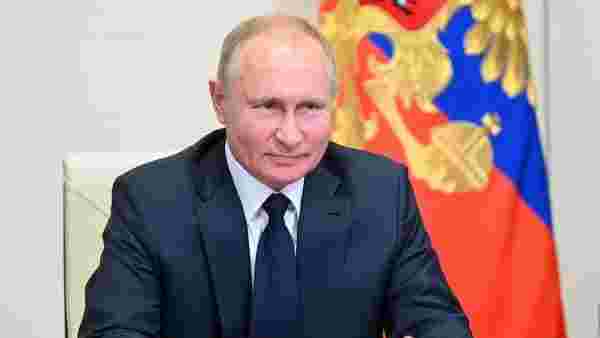 Russian president Vladimir Putin on Thursday slammed the withdrawal of the US and its partners from Afghanistan after what he called their “experiments" with democracy leaving chaos and destabilisation in their wake.

In his opening remarks at the 13th Brazil-Russia-India-China-South Africa or BRICS summit which is being hosted by India this year, Putin said the US withdrawal had added a fresh crisis to the existing ones and “it’s still unclear how this will affect regional and global security."

“That’s why, its with good reason that our countries have paid special attention to this issue," he said pointing towards possibly strong observations by the BRICS countries in the joint statement set to be released after their meeting.

After almost two decades of stay in Afghanistan, the US and its partners exited the country on 31 August. This was in accordance with the terms of an agreement signed with the Pakistan backed Taliban in February last year. The exit of the US and its partners coincided with the Taliban launching a massive military offensive across the country and arriving at the borders of Kabul city on 15 August, causing the collapse of the Afghan government headed by Ashraf Ghani. The Taliban takeover of the country has resulted in a flood of Afghans leaving Afghanistan.

An interim government comprising senior Taliban figures was announced this week on Tuesday.

Russia has opened talks with the Taliban and has previously hosted members of the group and representatives of the Afghan government headed by Ghani. But Moscow remains wary of the Islamist ideology of the Taliban spreading across Central Asia and destabilizing Russian borders. The secretary of Russia’s Security Council, Nikolai Patrushev was in New Delhi earlier this week for talks with his Indian counterpart Ajit Doval.

In his remarks, Putin said that Afghans “have fought for decades and deserve to exercise the right to defining (what) their state will look like on their own." This was a reference to a resurgence of the Taliban despite the US-led military campaign in Afghanistan though the group was ousted from power in 2001.

The new spiral of crisis in Afghanistan stems directly from “irresponsible attempts to impose alien values from the outside and the intention to build the so called democracy," the Russian president said. This was done without taking into account neither history nor the traditions that people of Afghanistan have followed, he said.

“It results in destabilization and chaos," Putin said adding that after that the “authors of these experiments back down" leaving “the people to their own devices and the international community will have to clear out the mess."

The Russian president said progressive development of international relations was only possible through guaranteeing the co-existence of states with different political and social systems. “However we must strictly observe the fundamental principles of international law enshrined in the UN Charter including non interference in the internal affairs and respect for sovereignty," he said.

In his remarks Putin also called for interaction between countries based on “mutual respect" and a “constructive and effective approach" to strengthen the multilateral system including independent centres of economic growth and political influence that BRICS was a part of.