She was once considered almost untouchable, and her long-rumoured relationship with Vladimir Putin never confirmed.

But after the UK imposed sanctions on former Olympic gymnast Alina Kabaeva earlier this month, the strict secrecy surrounding the Russian President's private life has begun to unravel.

In the latest round of sanctions from Western nations, the UK has targeted his ex-wife Lyudmila Ocheretnaya, cousins Igor, Mikhail and Roman Putin, as well as Ms Kabaeva.

UK Foreign Minister Liz Truss said those sanctioned had supported the Russian President and his war in Ukraine in exchange for wealth, high-profile jobs and influence over Russian affairs.

"We will keep going with sanctions on all those aiding and abetting Putin's aggression until Ukraine prevails."

While UK authorities were confident enough to include Ms Kabaeva in their hit list, the US has not yet followed suit.

And mystery still surrounds the prominent Russian's personal relationship with the President and the extent of her influence.

From Olympic medals to the top of a media empire

Alina Kabaeva took to the sport of hoops, ribbons and intricate floor routines at the tender age of three, and would go on to become one of the most decorated athletes in rhythmic gymnastic history.

After making her international debut in 1998 at the age of 15, she had claimed three world titles and two Olympic medals by the time she was 21.

In 2007, Ms Kabaeva retired from sport and was elected to the State Duma, as a member of the ruling United Russia party.

Seven years later, she took up a chair position on the board of the National Media Group, one of Russia's largest media conglomerates that owns several pro-Kremlin outlets.

Rumours have circulated since the 2000s that the Russian President and Ms Kabaeva were romantically linked, but both parties repeatedly denied the claim.

In 2008, a Moscow newspaper was swiftly closed after reporting that Mr Putin had divorced his wife and planned to marry Ms Kabaeva.

Since his marriage breakdown in 2014, the President has been linked to several women, including Ms Kabaeva and Russian millionaire Svetlana Krivonogikh.

Neither of the relationships have been confirmed by the Kremlin.

But the rumours have persisted, with several outlets outside Russia even reporting the President has fathered at least two children with Ms Kabaeva.

Targeting his girlfriend would have 'pushed Putin too far'

According to the Wall Street Journal, US authorities made a last-minute decision to exclude Ms Kabaeva from their sanctions list out of fear of pushing the President too far.

Despite slapping sanctions on several other members of Putin's inner circle, including his adult daughters Maria Vorontsova and Katerina Tikhonova, the US reportedly drew the line at Ms Kabaeva over concerns that a personal blow to Mr Putin could further escalate tensions.

But some question whether generating headlines about possible sanctions could also be a way of simply riling up the Russian President.

"I'm not buying the idea of any apparent or potential reluctance to include her being due to caution about pushing Putin too far," she said.

"It's perhaps an appealing idea that he could be so maddened by such a step.

"But... this sort of framing is more a reflection of Western popular imaginaries of Putin that draw on a range of stereotypes about what makes powerful men act in violent ways.

"[It also plays into] our understandable desire to try and feel that there is a way to metaphorically wound Putin even as we watch Ukraine and thousands of lives be destroyed."

Even if such sanctions are designed to increase the pressure on Putin, Dr Wilkinson questioned what would be achieved by applying them to Ms Kabaeva, without direct evidence of a relationship.

"The line that it may make Putin mad is pretty worrying," she said.

"Is she a wealthy Russian? Yes. But we're making assumptions that putting sanctions on wealthy people make a political impact.

Dr Wilkinson also noted the tendency towards privacy in Russian life — to have your personal affairs known is a considered a liability.

"It's potentially salacious — it's of interest from a political standpoint... but [there's] very little to go on," she said.

Personal relationship aside, Kabaeva is a high-powered, wealthy Russian

Despite the murky links, Vladimir Putin's opponents, including Georgy Alburov, a close ally of jailed Russian opposition leader Alexei Navalny, have called for Ms Kabaeva to be sanctioned immediately.

The UK sanctions sheet describes her as "actively promoting Russian propaganda regarding the invasion of Ukraine" and also names her grandmother, Anna Zatsepilina.

According to Russian politics academic Leonid Petrov, the West had a difficult job proving a relationship between Ms Kabaeva and Mr Putin, which presented "ethical considerations" in terms of sanctions.

But as a powerful figure in media and a former parliamentarian, there is no doubt she is wealthy.

"She is a [former] member of the Duma, controlled by Putin, and the media is also controlled by Putin. [She is] earning around $10 million a year, it's a very lucrative position," said Dr Petrov, Politics and Business Expert at the International College of Management Sydney and the Australian National University.

"Even oligarchs are not as powerful because they are managers of money."

Dr Petrov said it was probably more important to understand Ms Kabaeva's recent reappearance in Russia after not being seen in public for weeks.

Ms Kabaeva made global headlines in April when she stepped out at the annual 'Alina Festival' at Moscow's VTB Arena.

There had been unconfirmed reports she was living in a bunker in Switzerland prior to the invasion of Ukraine.

Dr Petrov said it wasn't clear why she suddenly re-appeared after months out of the spotlight, but speculated if she had been living in Switzerland, returning to Russia amid sanctions talk made some sense.

He also suggested Mr Putin may believe she is safer in Moscow than elsewhere, at risk of being exposed as a potential threat, arrested or revealing state secrets.

As recently as March, tabloid reports emerged that Ms Kabaeva was pregnant again, though Dr Petrov said these should be read with caution and were something he didn't "100 per cent trust".

"But if [it's correct] and Putin is the father, she has direct access to him and unprecedented power," he said. 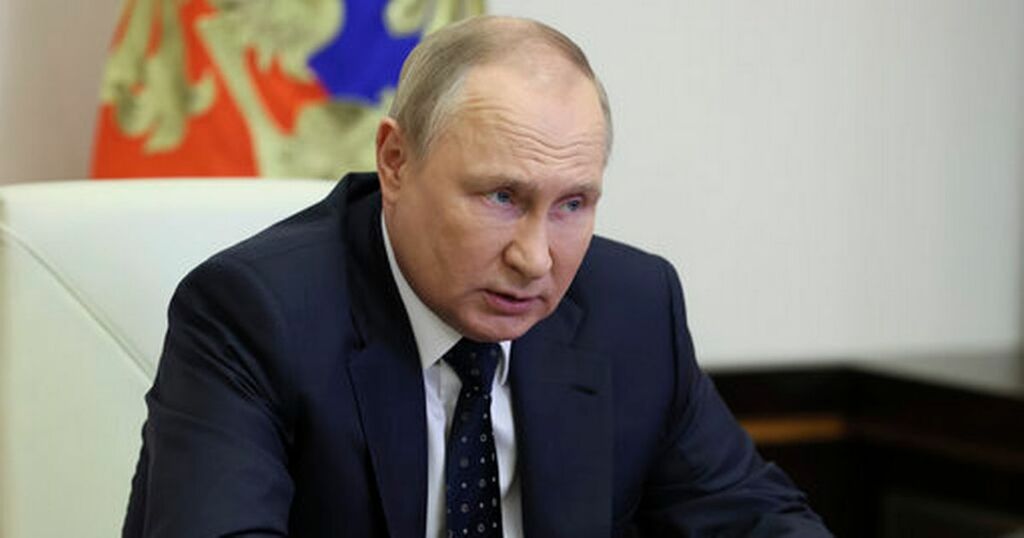 Wales Online
From analysis to the latest developments in health, read the most diverse news in one place.
Vladimir Putin wants top Kremlin job for daughter amid questions over his health

Katerina Tikhonova, 35, could be parachuted into a top spot of the United Russia party amid Kremlin concerns over the…