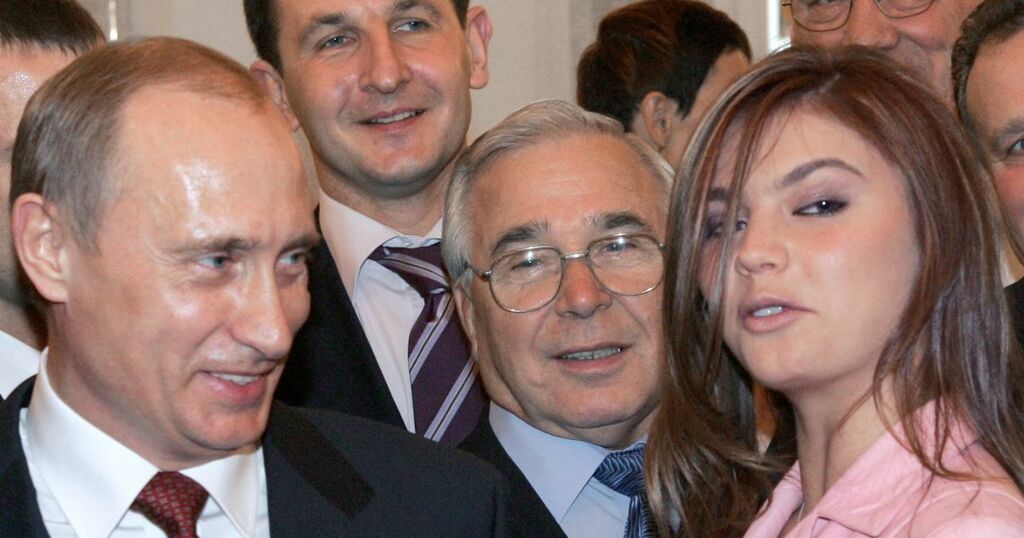 Vladimir Putin's rumoured lover celebrates birthday as he flies to city she lives in
It is unclear what Alina Kabaeva will be doing today for her birthday, but this week Vladimir Putin flew to… 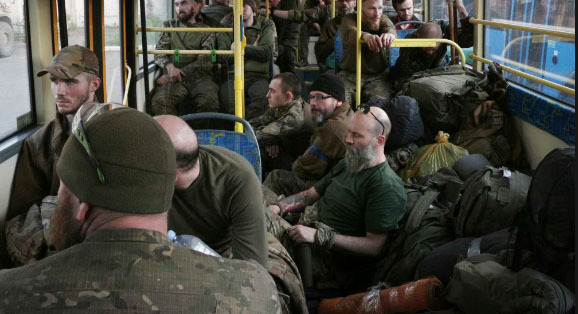 It comes as the former gymnast is said to be pregnant.

The glamorous ex-athlete’s former boyfriend - 13 years her senior - faces jail if located in his foreign hideaway and extradited to Moscow by Putin’s criminal investigators.

He was married with a young daughter when he embarked on a relationship with Kabaeva in the early 2000s.

And he previously said - before she'd even met Putin: “We have been dating for almost two-and-a-half years, and I think I am her first and last [man]. Everything else is our private matter.”

Soon after they split Kabaeva vowed to “stay friends”.

Then whispers appeared that she had begun a secret relationship with the Kremlin leader, who at the time was married.

These were always denied but recently there have been new reports that she and Putin - who will be 70 this year - have at least two children together who he has hidden from Russian voters.

The president this week flew to Black Sea resort Sochi - where Kabaeva is suspected to live - and he yesterday toured an elite school ahead of her birthday.

The Kremlin never comments on Putin’s private life or rumours that the star is Russia ’s secret first lady.

Her ex Museliana’s alleged crimes came when he served as a colonel in charge of “anti-criminal security measures” in the Russian national guard, a force that reports directly to Putin.

He and other defendants are accused of bribe-taking in the supply of snowmobiles, all-terrain vehicles, and speedboats to the guard’s Arctic forces.

A probe by the Russian Investigative Committee - headed by a former Putin university classmate - concluded “that Colonel Shalva Museliani was the one who organised theft of state funds”, reported Kommersant newspaper.

The equipment was to protect the ports of Provedeniya, Tiksi, Pevek and Sabetta and was purchased after a “bribe” from the suppliers.

It was not fit for purpose, it is alleged.

The criminal group “was distinguished by a clear distribution of roles, impeccable discipline, and the ability to conspire”.

The accusations against Kabaeva’s ex-lover and four other senior Russian guards could lead to up to five years in jail.

He is on Russia’s international wanted list, say reports.

"We have parted, it was a mutual decision,” Kabaeva said at the time they separated.

“We kept good relations and I think we'll stay friends.”

Museliani "taught me a lot about life and I am very grateful to him”, she added.

A recent report in a Swiss newspaper said a doctor from the country had delivered two Putin sons to Kabaeva, one in 2015 in Switzerland, the second in Moscow in 2019.

Putin yesterday toured the elite Sirius education centre in Sochi which was established the same year the first son was allegedly born.

It has been described as “perhaps the most beautiful school in all Russia”, and is aimed at ‘gifted children’.

Its trust is led by Putin and his close cronies.

The school is on land that has been cut out of Krasnodar region, and unusually classified as “federal territory” - controlled by the Kremlin.

Kabaeva was reported to have been hiding either in Switzerland or a hi-tech nuclear bunker - more like an underground city - in Siberia.

But she was seen last month in Moscow posing in front of the ‘Z’ insignia of Putin’s war in Ukraine.

Dr Maria Vorontsova, a year younger than Kabaeva, was born when the Russian president was a KGB spy in Germany, is an expert in rare genetic diseases in children.

She is a leading researcher at the National Medical Research Center for Endocrinology of the Ministry of Health of Russia.

Her divorced sister Katerina Tikhonova is deputy director of the Institute for Mathematical Research of Complex Systems at Moscow State University.

She is a former high-kicking rock’n’roll dancer.

Both daughters have been sanctioned by the West, unlike Kabaeva, so far though the EU and US are considering doing so.

Luiza is the daughter of cleaner-turned-multimillionaire Svetlana Krivonogikh, 45, now part-owner of a major Russian bank, one of the country's wealthiest women with an estimated £74 million financial and property fortune.

Rumours first linked Kabaeva romantically to Putin as long ago as 2008 when she was a pro-Kremlin MP.

The newspaper printing the story was rapidly closed down.

Putin - who in 2013 announced his divorce from wife Lyudmila, a former Aeroflot stewardess - has previously said: "I have a private life in which I do not permit interference. It must be respected.”

Kabaeva is on record as saying she had met a man who "I love very much”, gushing: "Sometimes you feel so happy that you even feel scared."

There have been many reports of her wearing a wedding ring, but no records of a marriage.

She is reported to have a fleet of Maybach limousines at her disposal, and was seen surrounded by a squad of machine-gun toting security guards on visits to a Moscow cafe, likely indicating she qualifies for state-level security.

Vladimir Putin's rumoured lover celebrates birthday as he flies to city she lives in
It is unclear what Alina Kabaeva will be doing today for her birthday, but this week Vladimir Putin flew to…