Vladimir Guerrero Jr.'s Epic Season and the Limit of His Triple Crown Run 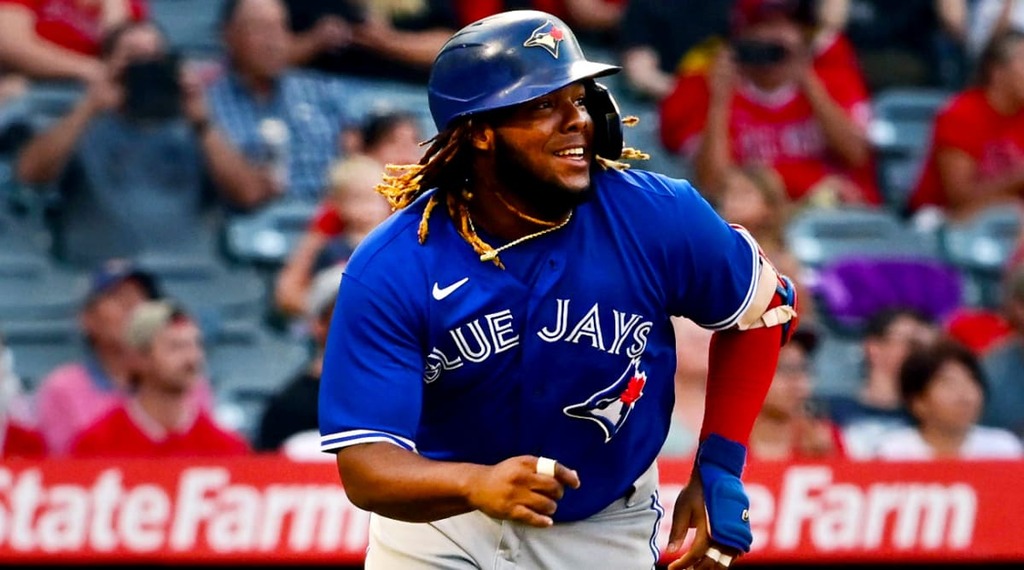 Return, if you will, to the fiery conversation about the 2012 American League MVP.

The debate was between Mike Trout and Miguel Cabrera, and even though it grew to be about so much else, it revolved around one fundamental question: What would it take for a player to do something more impressive than a Triple Crown? Cabrera had become the first player to nail the achievement in 45 years. But Trout’s rookie season was transcendent enough to introduce the idea that, perhaps, the traditional glory of a Triple Crown did not automatically have to equal an MVP. The question spawned a thousand columns and hot takes and discussions. Yet the vote wasn’t close at all in the end: Cabrera was listed first on 22 of the 28 ballots, showing that, yes, there was still power in the Triple Crown.

Which all seems almost quaint compared to the parameters of this year’s conversation about the AL MVP. Vladimir Guerrero Jr. has a very real chance of getting the first Triple Crown since Cabrera. (He currently leads in batting average while sitting just a few shy of the top spots on the leader boards for home runs and RBIs.) But there’s now an obvious answer for that question from 2012 about what it would take for a player to do something more impressive than the Triple Crown: It would take Shohei Ohtani. His awe-inspiring run of two-way splendor has made him the front-runner. His greatness is such that it’s opened up a possibility that would have seemed all but unthinkable for most of baseball history: It’s perhaps equally likely that Guerrero will win the Triple Crown and that he will not receive a single first-place vote for MVP.

But that doesn’t take anything away from Guerrero, whose triumphant, star-hanging season feels like a fulfillment of all the dreams that existed about him as a prospect.

Guerrero, now in his third season, has the same cornerstone for his game that he’s always had: his jaw-dropping raw power. (Even with all that he’s done since, there still might not be a better encapsulation of Guerrero’s talent than his record-setting Home Run Derby performance as a rookie in 2019.) But this year represents the first time that he’s been able to consistently translate that gift into gameplay—now carrying a slugging percentage over .600 when his first two seasons never saw him crack .500. And that's just one of several remarkable improvements that he’s made this year.

Among the most obvious is how hard he hits the ball. While it was always clear that he could make hard contact—his maximum exit velocity sat near the top of the leader board in each of his first two seasons—he hadn’t ever been able to do so consistently. (Again with that power showing up in only flashes rather than as a steady in-game presence.) Now? His hard-hit rate has risen from his rookie number of 39% to 56%. He’s hitting more line drives and fewer ground balls. No one has hit more balls with an exit velocity above 95 mph than Guerrero. And for the first time, he’s a leader in average exit velocity, not just maximum.

Another key area of improvement is his plate discipline. His swing percentage is almost exactly the same as it was in his rookie season in 2019 (46.9% to 46.8%). But he’s become much better at picking the pitches he swings at, chasing those outside the zone less and hammering those inside the zone more, and is getting far more walks as a result. His strikeout-to-walk ratio, 0.76, is now among the top 10 in MLB.

If it’s felt at points this year that Guerrero is now among the best hitters in baseball—he has been. You can take or leave the Triple Crown. Just look at his player card from Baseball Savant.

Add to all of that the slew of other changes that he’s made this year—slimming down this winter, getting more comfortable at first base, making his defense less of a liability. Guerrero has tapped into all of the potential that was forecast for him, and then some. (To mark the occasion, his Blue Jays, riding an eight-game win streak, might even make the playoffs: They now sit just a half game back of the second wild-card spot.)

Guerrero won't win the MVP, regardless of what he does the rest of the way—the Triple Crown, as it turns out, has run into a limit that could not be seen in 2012—but don't mistake that as a shortcoming. This is the first MVP-caliber season from a player who will be a perennial MVP candidate for years to come.