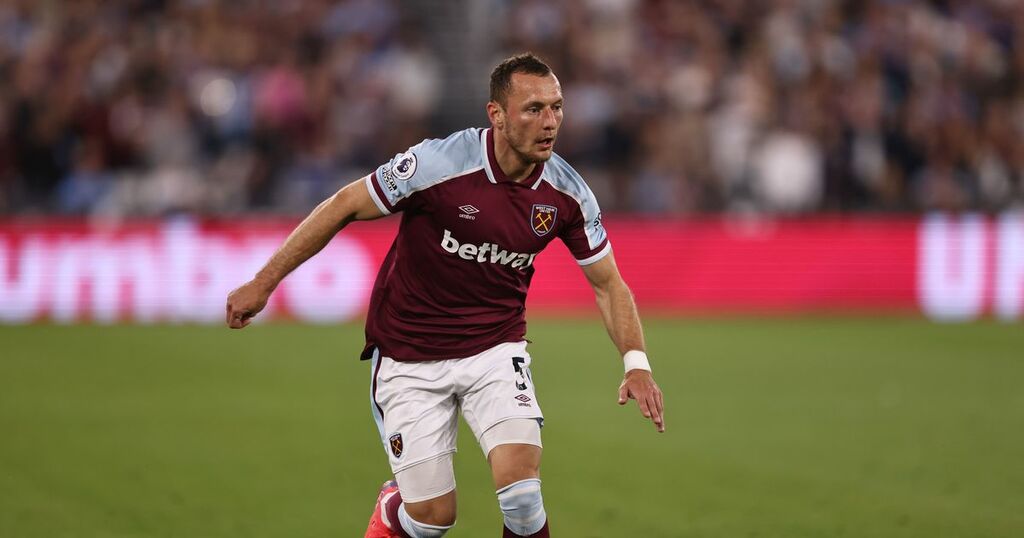 On the eve of West Ham's return to European football Vladimir Coufal is confident the Hammers have got what it takes to go all the way to the final in Seville next May.

Coufal has only played a handful of games in front of the West Ham supporters following his arrival last year but the defender already has a close relationship with the fans.

And it is for the Hammers faithful that he wants to go all the way in the Europa League.

"I would like to win the Europa League this season for the West Ham fans," the Czech Republic international said.

"It’s the first time in Europe again for a long time, but we can be successful. In my opinion, we can go close, as far as possible," he said, before adding, "we can go to the final."

The hard-working full-back has instantly become a Hammers fan favourite with his hatred of losing endearing him to the supporters. The love is mutual, with Coufal keen to stress how much the players need the fans.

"They have supported us from the beginning of the season and we are all hoping it continues. It is very important for us to feel the big energy from the stands," he said.

"It is very important for me that the fans are positive about me as a player."

Coufal added: "I will try to do my best for the team, the other players and we will see. I am a hard-working player. I’m like the kind of player like this. I need to work hard on the pitch, and I need to fight with my opponents.

"I am not so good as others, like Latin American players, but everyone cannot be the same. You need different kinds of players on the pitch."

Coufal's self-depreciation is unfair on an excellent footballer who made a fine case to be in with a shot for Hammer of the Year last season. The award ended up with his Czech international captain Tomas Soucek, a man Coufal believes is equally as diligent as he is, along with the rest of the Hammers squad.

"We have very hard working players. For example, Andriy Yarmolenko, Tomas Soucek, Pablo Fornals," he said. "Craig Dawson is in the gym every day after breakfast, every day he goes to work for himself.

"It is not just about me – every second player at West Ham works hard for the team."

Coufal is an experienced European campaigner but he does not believe his teammates need any guidance from him ahead of the Group H opener against Dinamo Zagreb.

"Our players don’t need some advice or experience from me," he said. "They want to just know what level is the Europa League, I think the Premier League is a harder competition, so they don’t need my experience or my advice.

"We have enough strength to be successful in this competition, it’s not about my personal experience."