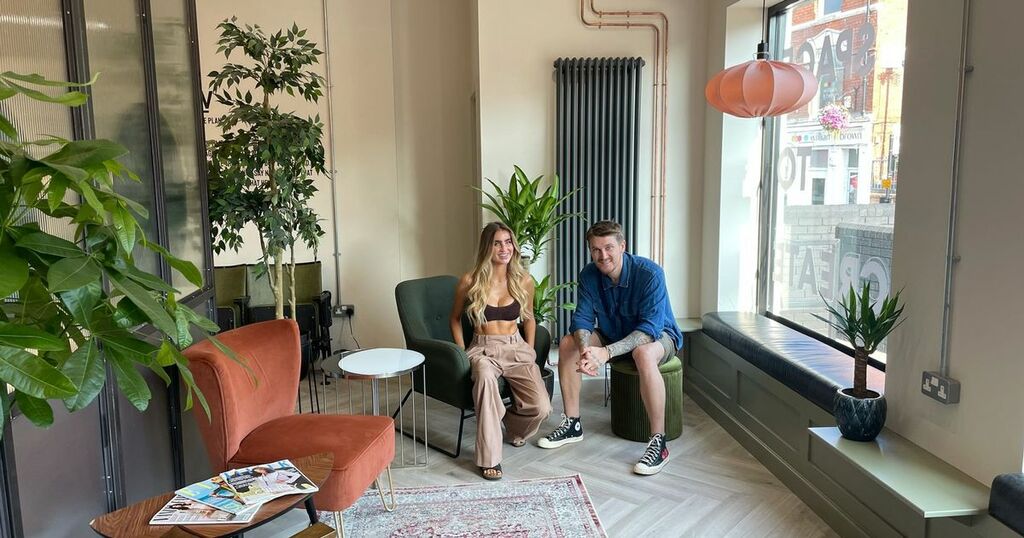 When Ben Wardle won the prestigious Wella Trend Vision Gold Award in 2013 and went on to Madrid to represent Great Britain in the competition, it was clear he was going places.

He'd already been a finalist of the Clothes Show Live Young Hairdresser of the Year Competition, worked at London Fashion Week and backstage at V Festival.

He's added events such as the launch shows for Top Shop and Top Man to his CV and, impressively, headed up top British fashion designer Vivienne Westwood’s Men’s Campaign.

Now, aged 32, he's bringing his talents to a new venue - in his home town of Kimberley.

The hairdressing name isn't new to the town, in fact, the new salon is directly across the street from the old premises in Main Street, but what is new is the concept and the fact that after 14 years in the business, Ben finally owns his own salon and can "fulfil his creative dream".

The company, which was founded in 2017 alongside Ben's wife Rosey, 30, now has its own premises - a building which Ben and business partner Ryan Doherty of Gray House Developments bought earlier this summer.

Ben said: "After three months of renovations and working right down to the wire last night, we are now open.

"I wanted to create something a bit different and prove that you don't have to be a city centre salon - you can do something special in the suburbs".

So what makes the salon different?

The new salon isn't purely about leaving the premises with lavish locks, although that is obviously important. Ben says he wants this to be "a completely social experience."

His ideas were strengthen by lockdown and the need to be with other people socially.

He said: "This is social space, where you can bring your laptop, have a coffee and enjoy a pamper.

"Depending upon what treatments someone is having, clients can be in the salon for anything from between an hour up to seven or eight hours so we wanted to make sure we changed the concept from a busy rushed salon to a relaxed social environment for all of our clients - everyone from kids to 85 year olds plus."

The building's two-storey design has created plenty of space for the large hair salon on the ground floor, as well as being arranged to include a nail bar, and a coffee bar, with beauty rooms upstairs overseen by former MAC make-up artist Rosey and her team. In total there is a team of 16 members of staff including full time and freelance members.

Ben, who added that he's always been keen on interior design, says of the finished salon it was a collaboration alongside designer Claire Tomlinson. He said: “There is nothing like this quality in the area and I’m so proud of what we’ve created in this space. I can’t wait for our customers to see it.”

Ben isn't doing things by halves either, alongside his business partner he has bought another building in the town, which they've converted into five offices and a shop - Farm Fresh Market shop has taken the ground floor.

"We want to reinvigorate the high street and bring fresh life to it and bring people into the area", he said.