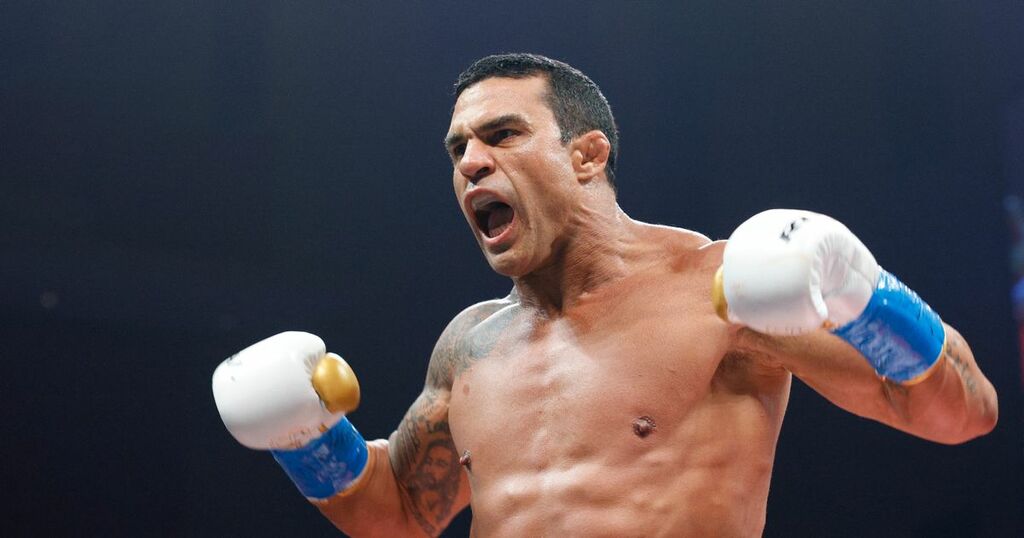 Vitor Belfort has called out internet star Jake Paul after his win against ring legend Evander Holyfield this past weekend.

Belfort stopped Holyfield in just two minutes when they headlined a Triller event in Florida on Saturday night.

The fight was Belfort's second appearance in the ring having won his pro debut in 2006. Meanwhile, the 58-year-old Holyfield was fighting for the first time since 2011.

Belfort took to the microphone after his win and called out Paul, with Triller co-founder Ryan Kavanaugh putting a massive $30 million offer on the table for 'The Problem Child'.

And of the fight, Belfort said: “Jake Paul is the No. 1 target. He’s got to meet his daddy. It’s time for him to understand you’re not judged by how many fights you have, it’s who you fight.

"Now he wants a real fighter? He’s got it. We got the money. He deserves it because he’s choosing his opponent. He’s working with a guy I used to work with, Lorenzo. He’s picking his fight.

Silva knocked out Ortiz on the undercard of Holyfield vs Belfort, picking up his third win as a professional boxer.

The pictures - which showed Silva knocking out Belfort in their 2011 fight - were captioned: "Congrats Anderson Silva. Always been a KO artist. Goodnight Vitor Belfort."

And Belfort continued his call-out of Paul: "Now, he cannot say no to me. He’s got to say yes. We’ve got to teach him a lesson. If he says no, all his little fans, I’m going to create a YouTube channel and they’re going to follow me.

Who would win a boxing match, Belfort or Paul? Comment below

Belfort also discussed a potential fight with boxing's pound-for-pound No.1 Canelo Alvarez. The former UFC star says he is open to fighting Canelo, but it will take a big payday to do so.

Inspired by Mike Tyson's 'Legends Only' league, Belfort wants to try something similar in boxing that will benefit MMA fighters by mixing the rulesets of the two sports.

He continued: “My dream is to mix a little bit of rules where we can grab. I’m looking for us MMA fighters to really fight boxers in a fair way that brings an advantage for us, as well, because the clinch, where we do the boxing in MMA, is different.

"Hopefully you can grab the neck, grab the face. I’m not talking about spinning punches, because boxers cannot handle that very much."