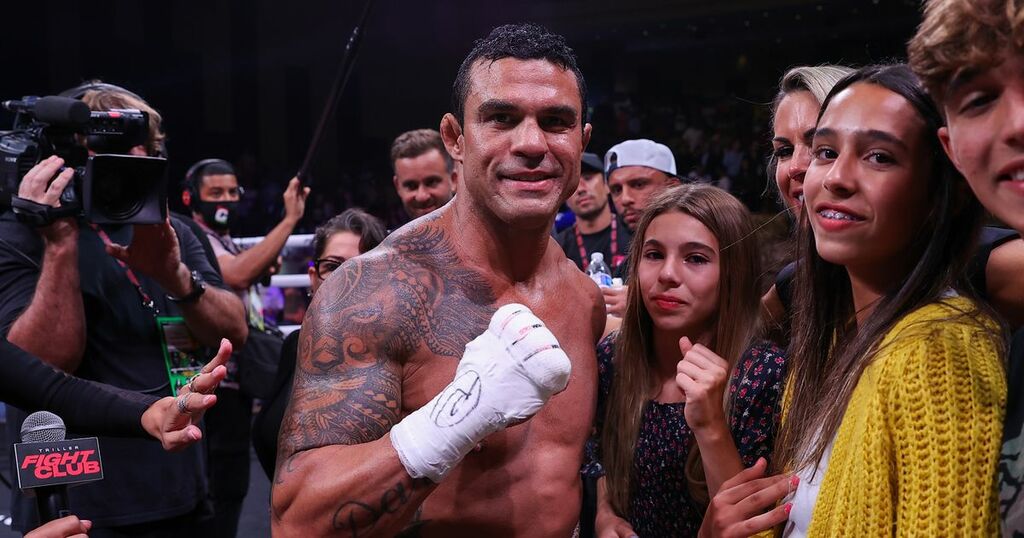 Belfort had Holyfield on shaky legs throughout the fight in Miami on Saturday night, eventually stopping the 58-year-old in just under two minutes.

And Haye was disappointed with the outcome of the main event and frustrated by Belfort celebrating the win.

He told iFL TV : “It was horrible to see my hero getting starched in one round. I really didn’t like seeing that, but that’s boxing.

"I thought that fight was an exhibition. It was Vitor Belfort, who was very powerful early. Everyone knows Holyfield doesn’t do well against southpaws. He just blasted him out. I was like, ‘What are you doing? He’s 58.‘

"And he was celebrating like he’s done something impressive. Different people have different values of respect. What’s impressive about knocking out a 58-year-old?

"No matter how good Holyfield looked on the scales, he’s 58. With the reflexes and timing, he hasn’t been hit in over a decade."

The fight was Holyfield's first since 2011 whilst Belfort made just his second ring appearance having won his pro debut in 2006.

Haye made his ring return having retired in 2018 after his second stoppage loss to Tony Bellew.

The 40-year-old said after his win against Fournier that he would only box again if it was against the WBC heavyweight champion Tyson Fury.

Haye and Fury have twice been booked to fight - once in 2013 and the other in 2014 - but Haye pulled out on both occasions citing injuries.

He said: "[The fight] has been in my mind for a long time. Since 2013 when we were scheduled to fight, the fight didn't happen as I got an injury.

"I've always wanted that fight and I've seen him go from strength to strength he's got better and better. His reputation's up there, he's the lineal heavyweight champion of the world, so many people believe he's number one.

If I'm going to come into the sport of boxing in a real fight against someone special, that is the guy I know I can beat. I know his style and what he does well. My attributes don't work for his style.

"I think him and his team know that. I think maybe they think I'm a little old, so they probably will take the fight. But I'm looking for the biggest fight out there and you don't get much bigger than the 6'9 undefeated Tyson Fury."