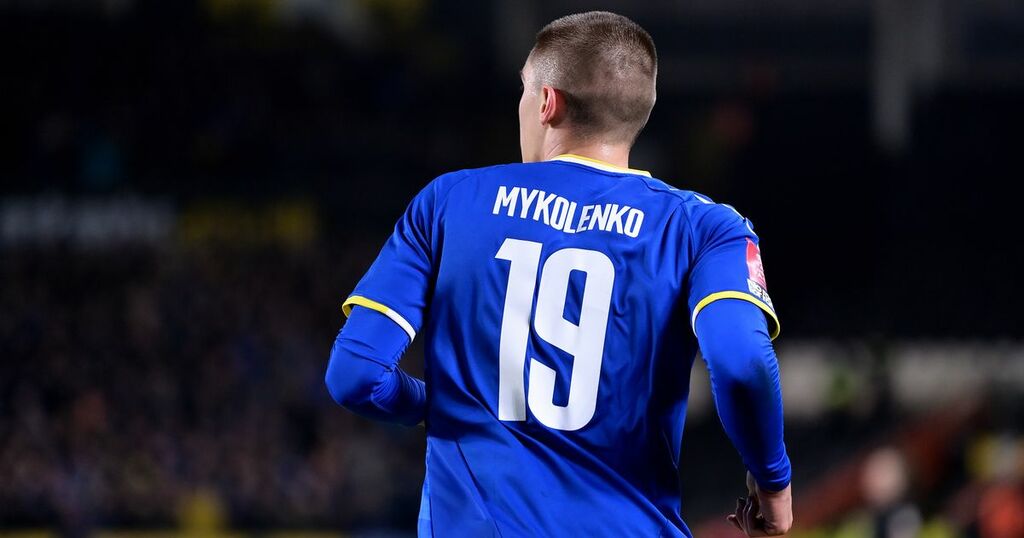 Vitalii Mykolenko has explained what helped him turn around a "nervous" start to his Everton debut on Saturday evening.

The January signing was put straight into the starting line-up at the first time of asking for the Blues' trip to face Hull City at the FA Cup at the weekend.

The left-back played the full 120 minutes as Rafa Benitez's side came out of the tie with a 3-2 victory, thanks to Andros Townsend's rocket in extra time.

The defender admitted that he had a shaky beginning to his first appearance in an Everton shirt, but the rest of the squad supported him and helped him to focus on the task at hand.

Mykolenko told evertonfc.com: “I was not too pleased with my performance in the first couple of minutes, as I was quite nervous.

MICHAEL BALL: What Lucas Digne has done speaks volumes and Everton could pay the price

“But then I felt support of my teammates who really helped me focus on the game. They did their best to help me out.

“They showed great support with everything they could before and during the game and this motivated me to do my best and play even better.

“The fans were incredible. It is the first time in my life I had the chance to experience such support.

“During my first visit to Goodison Park [to watch Everton’s Premier League game against Brighton & Hove Albion, 24 hours after joining] I was impressed.

“But it was unbelievable to receive that kind of support in an away game. I am very grateful to the fans who gave me such a great welcome and supported the team until the final whistle."

Mykolenko went on to have a solid first match for the club last weekend, making sure Everton made it into the hat for the fourth round of the FA Cup.

The Blues will face Brentford at Goodison Park in February in the next stage of the competition, with the defender knowing that was an important victory in his debut.

The left-back also admitted that he hadn't trained much ahead of his first appearance for the club which made things difficult.

“It was a very important win, we managed to go through to the next round of the Cup and, for me, it was great to win my first game,” added Mykolenko.

“I am very happy to be here and to play my debut game in the Cup. I am very happy that the team won and want to take this chance to thank all the fans who supported us until the last seconds.

“I have to say it is amazing to be here.

“I had an opportunity to train with the team last week but did not train at all for two weeks before then.

“My last game was about a month ago. It was quite difficult to get back on track, especially with a new team, but I hope I did well.”

Mykolenko will hope to be involved once more when Everton make the trip to face Norwich City in their next match, following the postponement of their fixture against Leicester City for the second time.