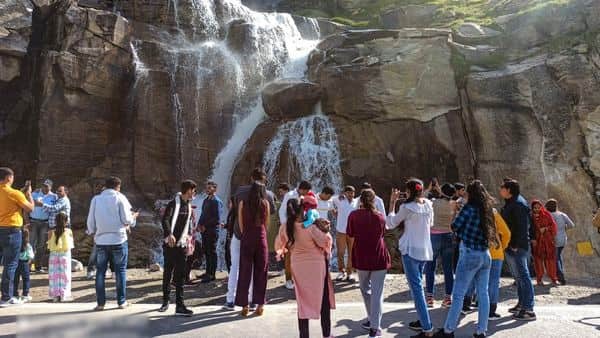 Himachal Pradesh: Tourists will have to pay a tax to enter Lahaul-Spiti district, news agency PTI reported on Friday. A barrier to collect tax has been set up at Sissu in Lahaul near Rohtang’s Atal Tunnel by the Special Area Development Authority (SADA), Keylong SDM Priya Nagra told PTI.

According to her, ₹50 is being charged from two-wheelers, ₹200 from cars, ₹300 from SUVs and MUVs and ₹500 from buses and trucks. The SDM said that the number of vehicles entering Lahaul has increased manifold after the opening of Atal Tunnel.

The tunnel was inaugurated last year in October by Prime Minister Narendra Modi. The 9.02 km long tunnel connects Manali to Lahaul-Spiti valley throughout the year. Earlier, the valley was cut off for about 6 months each year owing to heavy snowfall.

The SDM said that the tax money will be used for the development of the local area. She, however, added that the vehicles entering Lahaul on regular basis will not have to pay tax and have to apply for exemption.

Recently, Himachal became the first state to complete 100% vaccination of adults with the first dose.