Manila (AFP) - The Philippines plunged into recession after its biggest quarterly contraction on record, data showed Thursday, as the economy reels from coronavirus lockdowns that have wrecked businesses and thrown millions out of work.

Gross domestic product shrank 16.5 percent on-year in the second quarter, the Philippine Statistics Authority said, when the country endured one of the world's longest stay-at-home orders to slow the spread of the virus that has devastated economies globally.

It followed a revised 0.7 percent contraction in the first three months of the year and marked the biggest reduction in economic activity since records began in 1981 during the Ferdinand Marcos dictatorship.It is the country's first recession in three decades.

The outlook for the archipelago is bleak, with the number of coronavirus infections surging past 115,000 this week -- a more than fivefold increase since early June when the economy-crippling restrictions were eased.

"Without doubt, the pandemic and its adverse effect on the economy are testing the economy like never before," said acting Socioeconomic Planning Secretary Karl Chua.

"But unlike past crises, the Philippines is now in a much stronger position to address the crisis."

As health workers struggle to cope with the influx of patients, more than 27 million people in Manila and four surrounding provinces on the main island of Luzon -- which accounts for more than two-thirds of the country's economic output-- went back into a partial lockdown for two weeks on Tuesday to help ease the strain on hospitals.

But President Rodrigo Duterte, who was reluctant to tighten restrictions after millions lost their jobs in the first shutdown, has warned the country cannot afford to remain closed for much longer.

"The problem is we don't have money anymore.I cannot give food anymore and money to people," Duterte said Sunday.

The country's economic woes have been exacerbated by a drop in remittances from the legion of Filipinos working abroad who typically send money to their families every month, which fuels consumer spending -- the main driver of growth.

Remittances dropped 6.4 percent in the first five months, compared with the same period last year, according to the central bank, as thousands of seafarers, cleaners and construction workers lost their jobs and returned home.

"It will be a rough road to recovery as trade-offs between economic recovery and health will remain a big challenge to both the private and public sectors," said Emilio Neri, lead economist at Bank of the Philippine Islands. 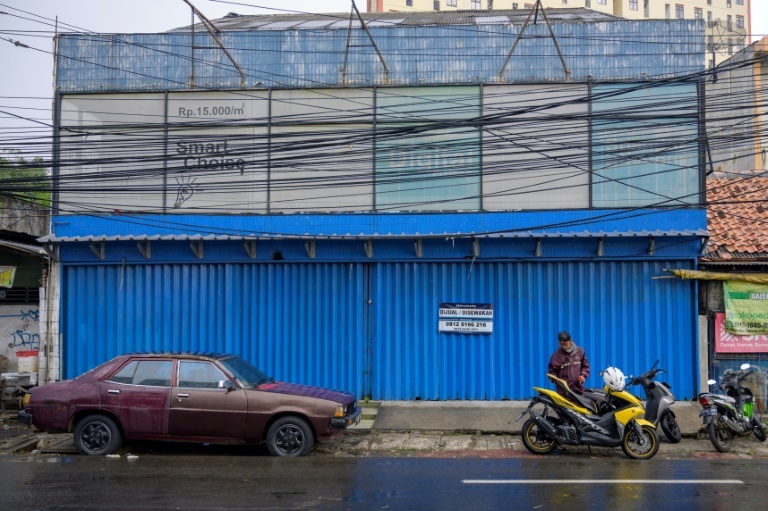 AFP
One subscription that gives you access to news from hundreds of sites
Broke and helpless: Philippines virus lockdown maroons dozens at airport

Manila (AFP) - Broke and jobless, Ruel Damaso is sleeping on cardboard and surviving on food handouts at Manila airport…

AFP
Philippines back under lockdown as virus cases continue to surge

Reuters
Pain and struggle, but the health workers need a break: the Philippines reacts as lockdown reimposed

Millions of people in the Philippines were ordered to stay home Tuesday as global coronavirus infections kept soaring, with the…

France 24
One subscription that gives you access to news from hundreds of sites
BoE sees less severe UK downturn, leaves rate on hold