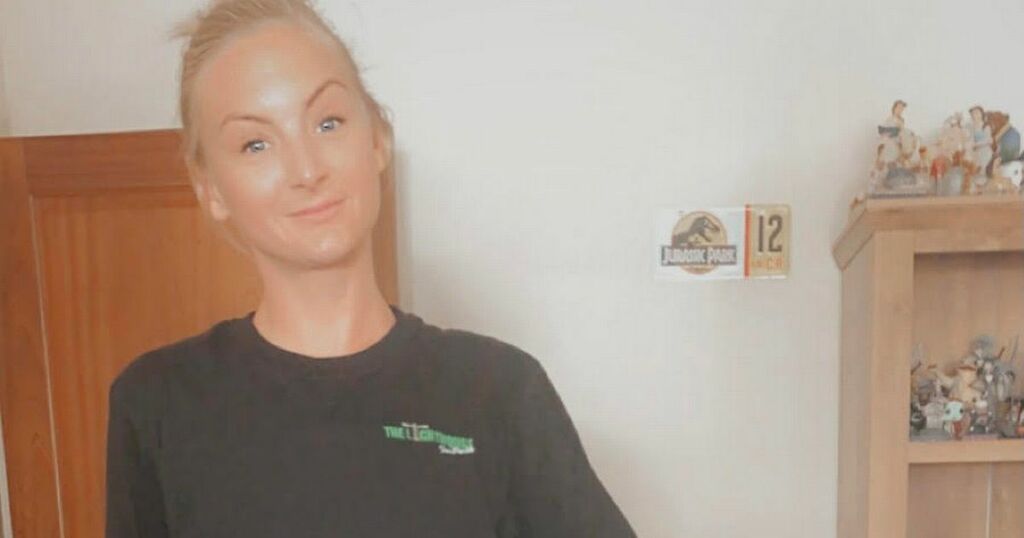 A Perth woman suffering from fibromyalgia achieved an amazing feat on her exercise bike and cycled over a thousand miles to raise money for a Perth suicide prevention charity.

Sheryl Brown (32) from Craigie took on a challenge to cycle 1664km, the distance from Perth to Spain, in 31 days.

Not only did she ‘cycle’ the full distance to Spain with five days to spare, but her effort raised over £1000 in support of The Lighthouse for Perth.

The sponsorship money on her JustGiving page pledged by the end of her challenge added up to £630. But a generous friend had agreed to double whatever Sheryl raised, bringing the charity gift to £1260.

By spinning the wheels of her exercise bike over a year, Sheryl gradually went from weighing 15 stone and “not being able to cycle for more than five minutes at a session,” to hugely improved fitness.

She lost around five stone from her regular cycling sessions, which by the time of taking on the Spain challenge had risen to one hour and 15 minutes, twice a day.

It was a big personal achievement as she suffers from the debilitating health condition fibromyalgia.

Sheryl admitted she felt ‘wiped out’ after putting time into ticking off the miles.

“I basically did this while I felt capable, as with my fibro condition, it’s not something that I will be able to manage in the future,” explained Sheryl.

“I passed the time watching trashy TV. I needed something light-hearted and I got through all the Ru Paul Drag Race episodes, it made the monotony more enjoyable.

“The Lighthouse is close to my heart. It has supported friends and family and I really wanted to help the staff there keep doing an amazing job.”

When the last mile was completed, Sharon Thomas, manager at Lighthouse for Perth, said: “A massive well done to Sheryl Brown for completing her Scotland to Spain cycle challenge.

“Sheryl had 31 days to cycle over 1000 miles and beat her goal with five days to spare.”