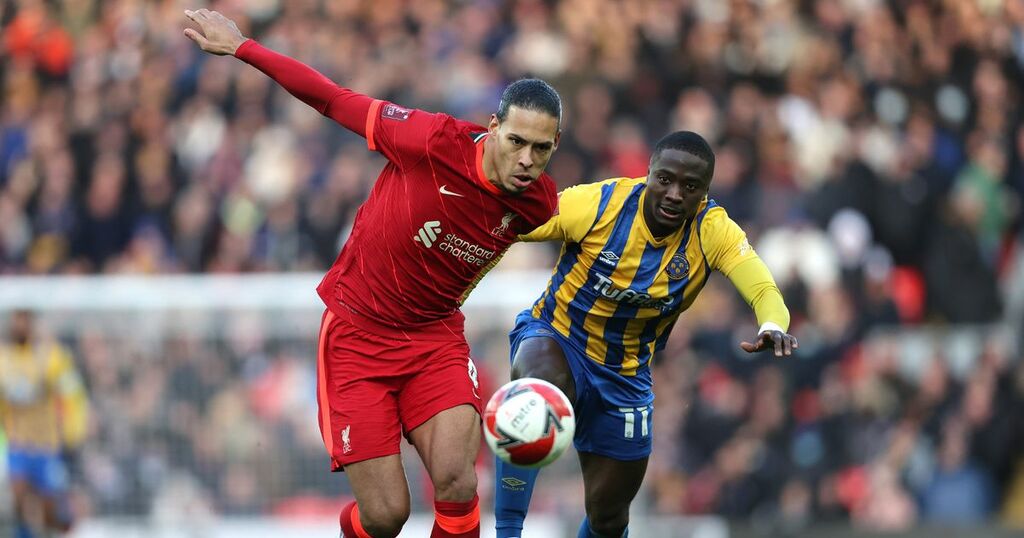 The Reds travelled to the New Meadow this weekend to face their lesser opponents but were in for a shock when they went a goal down.

Daniel Udoh sent the home fans into raptures after netting the opener after 30 minutes but it only awakened their more illustrious opponents.

Just minutes later, Kaide Gordon, just 17, grabbed the equaliser with some fine footwork in the box before Fabinho scored a penalty right before half-time.

Liverpool made sure of the result after the break when Roberto Firmino came off the bench to net the third in the 78th minute.

Fabinho got a brace when he scored a fourth in the dying seconds of the match to send the Reds into the fourth round of the FA Cup without too much hassle in the end.

Van Dijk was one of the big-name stars to start against Shrewsbury but showed enormous humility to chat with the wounded Shrewsbury players at full-time. A classy and valuable moment they are unlikely to forget.

Andy Robertson and Fabinho were among the other senior stars to feature, but there were a number of young starlets who performed as well.

Tyler Morton, Conor Bradley and Elijah Dixon-Bonner all started for the Reds but all the attention has been directed to one player.

There are high hopes for Gordon, who scored on his FA Cup debut to become Liverpool’s second-youngest scorer behind Ben Woodburn, with Jurgen Klopp praising the teenager for his fantastic display.

“Kaide finishing-wise is no doubt, his finishing is exceptional but all the rest he is still a kid,” he said.

“He has a nose for it. I know he is the second-youngest goalscorer for Liverpool, which is absolutely exceptional, but there is a way to go.

Can Liverpool go all the way this season in the FA Cup? Comment below

“No problem, Kaide has time, he will have his minutes here and there.”

Liverpool will now face Cardiff City in the fourth round but have some big games in the meantime.

That includes the first leg against Arsenal in the Carabao Cup, which was originally postponed before hosting Brentford in the Premier League.