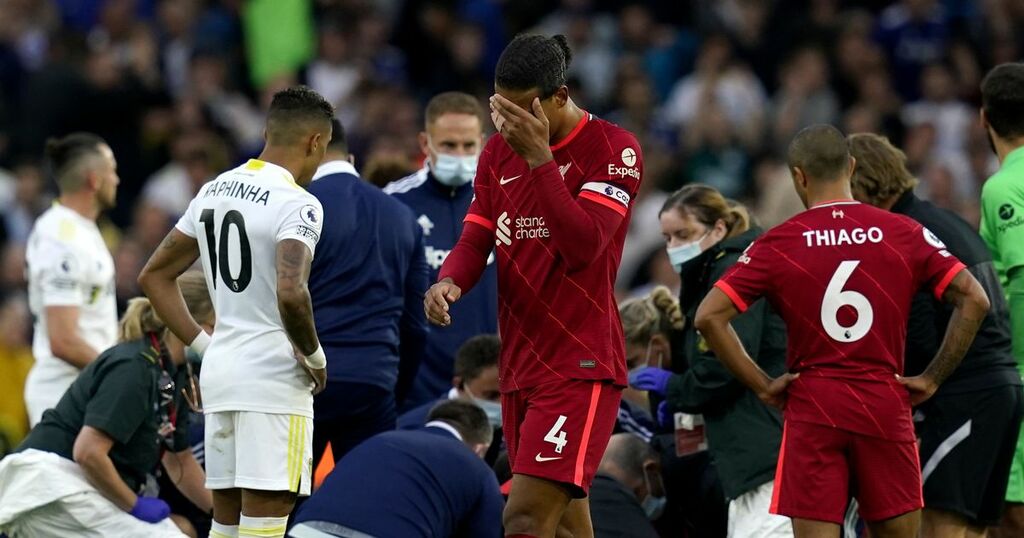 Virgil van Dijk has led the well wishes for Harvey Elliott as he suffered a horror injury against Leeds United.

Liverpool secured an impressive 3-0 win at Elland Road but it was ultimately overshadowed as the youngster suffered a suspected dislocated ankle after a challenge from Pascal Struijk in the second half.

The Leeds man was sent off as a result as Elliott's Liverpool teammates including Mohamed Salah were visibly distressed as hewent down clutching his ankle, before he was eventually stretchered off after receiving treatment.

It remains to be seen how long he will be on the sidelines as Liverpool defender Van Dijk wished him a speedy recovery.

Who will fill the void left by Harvey Elliott while he is on the sidelines for Liverpool? Comment below

He said: "First and foremost, our thoughts and prayers are going to Harvey. Hopefully he recovers quickly and as good as possible.

"Obviously we don't know the diagnosis, it looked bad."

Jamie Redknapp, who suffered a series of unfortunate injuries during his Liverpool career, also had his fingers crossed that it wasn't as bad as it first looked.

He told Sky Sports: "I feel for him, the recovery starts now. What I would say is that there are players that have come back from horrendous injuries, I think of Andre Gomes from Everton and his ankle, people questioned whether he would play again.

"Fingers crossed it's a straightforward break if that makes sense, it can be a lot more complicated if it's not, which means you are out for a lot longer.

"I broke my ankle a couple of times and come back and to be honest, there were other parts of my body that gave me more issues than my ankle (when I returned).

"Fingers crossed he comes back better than ever, I feel so sorry for the young man. It's the start of an incredible journey for him, he just got in the first team. He looks so at home in the Premier League and no doubt, he will do again.

"He's just got to be patient, he has brilliant doctors and physios and he needs to listen to the right people and fingers crossed he'll come back better than ever.

"He'll feel heartbroken today and so will the Liverpool fans."

Gary Lineker tweeted: "Hope this is not as serious an injury to Harvey Elliott as it appears. Didn’t look a bad challenge or a red card in normal speed, but without replays, it’s hard to be sure. Just a freak accident, I reckon."