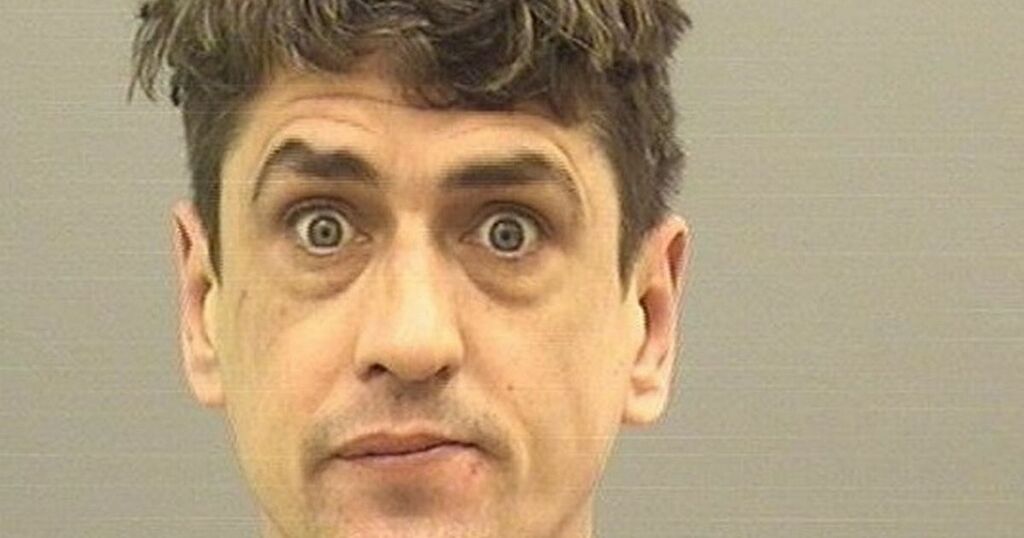 A vicious yob who bit off a man's ear after a violent altercation has been jailed for two years.

Richard Crawshaw, 42, left the victim in his 20s with a permanent injury following a struggle on a street in Weymouth, Dorset.

A court heard Crawshaw pulled a metal pole across the victim's neck and threw him to the ground. During a struggle, the thug bit his victim's left ear, tearing a piece off.

But Crawshaw was caged on Friday for two years after admitting a charge of unlawful wounding.

The defendant was jailed at Bournemouth Crown Court, which heard the attack happened in May last year during the first coronavirus lockdown.

A spokesman for Dorset Police said: "The victim, a man aged in his 20s, was involved in an altercation with Crawshaw in the street during which a metal pole was placed across the victim's neck.

"Crawshaw then pulled his victim to the ground, where a struggle took place. During this the defendant bit his victim's left ear, tearing a piece off. The victim was able to get back to his feet and fled the scene. He was taken to hospital for treatment."

Crawshaw, from Thornton Heath, south London, was located and arrested on the day of the attack.

Police branded his behaviour as "violent".

Detective Constable David Barnes, of Weymouth CID, said: "This was a vicious attack that has left the victim with a permanent injury.

"Thanks to the swift response of officers on the day, we were able to quickly locate and apprehend Crawshaw and I would like to thank the victim for his support during the court process, which has helped to ensure the defendant faces the consequences of his violent offending."