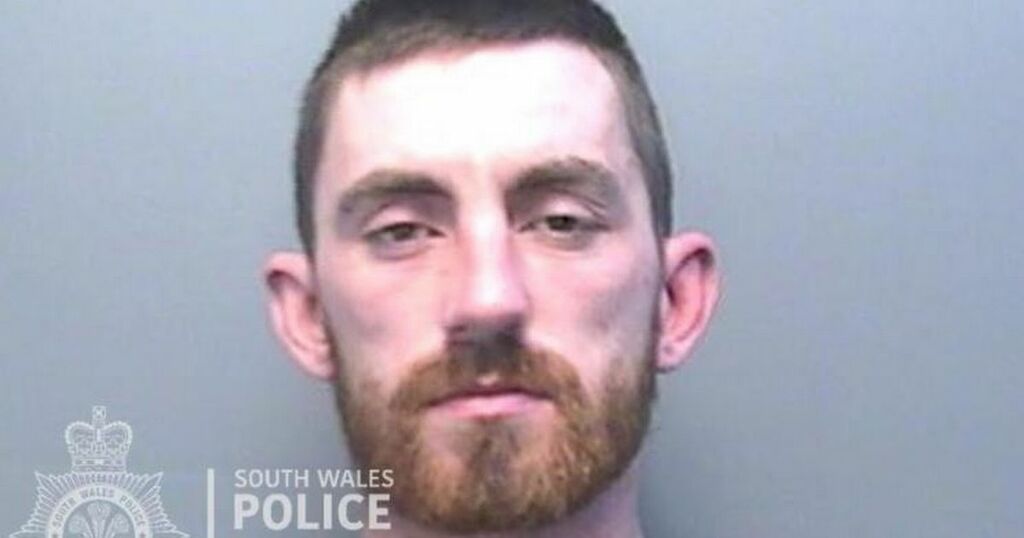 An obsessed man followed his former partner when she left work and forced her to seek safety in a police station, a court has heard.

Incredibly, Samie Ireland pursued her into the police station car park before using his vehicle to block her in. When police officers rushed outside the 28-year-old sped off - but not before he crashed into her car.

At the time of the incident he was on a suspended prison sentence for punching, gouging and biting a partner's former boyfriend. Sending the defendant to prison, a judge said she hoped police would have him "very much on their radar" in regards to any future relationships with women.

Read more: See the latest cases from courts around Wales

Swansea Crown Court heard that following the end of their relationship in July this year Ireland made a number of visits to his ex-partner's Port Talbot flat and caused a disturbance - on one occasion he climbed in through a broken window and took her dog, and then smashed her phone.

Then, on August 17 this year, the defendant went to the Neath supermarket where the woman worked and demanded to see her - the manager said she was not available, and escorted him out.

Helen Randall, prosecuting, said Ireland was waiting for his ex- when she finished her shift that day, and began banging on the window of the car of the colleague who was giving her a lift home. The woman and her colleague drove off, and Ireland followed them in his van. The court heard another shopworker who was finishing her shift at the same time was so concerned about what was going on that she followed Ireland.

The woman was driven to Neath police station and Ireland followed them into the car park, using his van to block their escape. He then got out and began shouting at his former partner. When police officers rushed out of the station the defendant jumped back into his van and drove off at speed, crashing into the car his partner was in in the process and leaving a long scratch down the side of the vehicle.

When Ireland was tracked and arrested by officers he told them his ex- was a "f****** idiot".

Check what crimes have been reported in your area:

Samie Jay Ireland, of Heol Camlas, Cwmavon, Port Talbot, had previously pleaded guilty to criminal damage, harassment and dangerous driving when he appeared in the dock via videolink from prison for sentencing. The court heard he had seven previous convictions for 12 offences on his record. In August, 2020, he was given a suspended prison sentence for assault occasioning actual bodily harm (ABH), battery, and criminal damage after biting, gouging, and repeatedly punching the former partner of a girlfriend.

James Hartson, for Ireland, said the defendant now accepted the relationship with the woman was "well and truly over". And he said despite the "relaxed" appearance of his client on the videolink - Ireland was lounging on his chair with his arms folded across his chest - the scaffolder was genuinely remorseful for the "deeply unpleasant nuisance" he had made of himself.

Judge Catherine Richards told Ireland that when his ex had ended their relationship in July "that should have been an end to matters" - but instead he had continued to contact her.

She said that by August 17 the defendant had "plainly lost all perspective, and was out of control", and she said she hoped police would have him "very much on their radar" in regards to any future relationships with women.

With credit for his guilty pleas the judge sentenced Ireland to 22 weeks in prison for the new offences, and activated 30 weeks of the previously imposed suspended sentence to run consecutively, making an overall sentence of 55 weeks. The defendant will serve up to half that period in custody before being released on licence to serve the remainder in the community.

Ireland was banned from driving for 14 months, and must pass an extended test before he can get his licence back.