By Emma Graham-Harrison in Kandahar, and Peter Beaumont 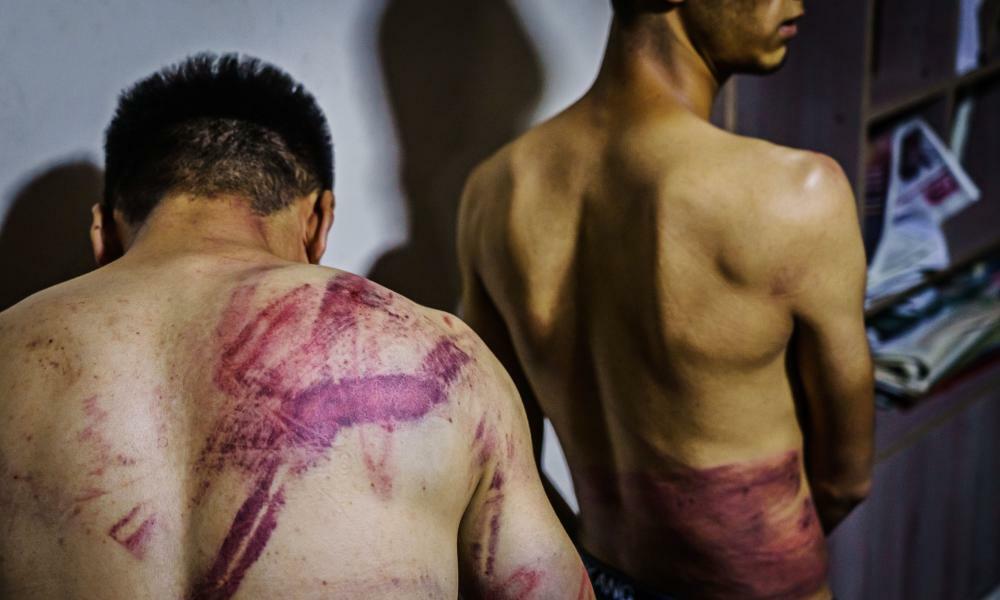 A spate of violent attacks on Afghan journalists by the Taliban is prompting growing alarm over the freedom of the country’s media, with one senior journalist declaring that “press freedom has ended”.

As images and testimony circulated internationally of the arrest and brutal flogging of two reporters who were detained covering a women’s rights demonstration in Kabul on Wednesday, Human Rights Watch and the Committee to Protect Journalists raised concern over the recent string of attacks.

In just two days this week, the Taliban detained and later released at least 14 journalists covering protests in Kabul, with at least six of these journalists subject to violence during their arrests or detention, the CPJ reported.

Other journalists, including some working with the BBC, were also prevented from filming the protest on Wednesday.

The Taliban authorities also briefly detained a Tolonews photojournalist, Wahid Ahmadi, on Tuesday, confiscating his camera and preventing other journalists from filming the protest he was covering.

The renewed threats against the media have coincided with the announcement by the new Taliban interior ministry that it was banning unauthorised protests.

“We urge the Taliban to live up to those earlier promises, to stop beating and detaining reporters doing their job, and allow the media to work freely without fear of reprisal.”

The comments were also echoed by Patricia Gossman, the associate Asia director at Human Rights Watch.

“Taliban authorities claimed that they would allow the media to function so long as they ‘respected Islamic values,’ but they are increasingly preventing journalists from reporting on demonstrations. The Taliban need to ensure that all journalists are able to carry out their work without abusive restrictions or fear of retribution,” she said.

One senior Afghan journalist – who spoke to the Guardian on condition of anonymity – said that despite assurances by senior figures in the Taliban that the media could operate freely, the reality on the ground was that journalists were facing mounting threats from local Taliban members.

“There’s a big difference between the Taliban in the media and the Taliban on the street,” the journalist said.

“These Taliban on the street are local people, they don’t have understanding and they are very strict. What the senior people are saying is not acceptable to the local Taliban. They were in fight and they have no education.

“The Taliban who are on the ground have beaten journalists in Kabul and some other places. I have many years of experience in journalism and I believe that the freedoms of journalism have ended in Afghanistan … People can’t criticise the Taliban in the media.”

The comments came as 200 Americans and other foreigners flew out of Kabul on Thursday after the new Taliban government agreed to their evacuation flight, the first since the ending of the US led airlifted concluded.

The departures are the first international flights to take off from Kabul airport since the end of the chaotic US-led evacuation of 124,000 foreigners and at-risk Afghans.

Evidence of increasing assault on the media was dramatised by the beating of two reporters from Etilaat Roz (Information Daily) who were detained covering a women’s rights protest in Kabul.

Pictures of the two men’s injuries, including large weals and bruises across their backs, were shared widely on social media.

According to one of the two, Nematullah Naqdi, a photographer, the pair were taken to a police station in the capital, where they say they were punched and beaten with batons, electrical cables and whips after being accused of organising the protest.

“One of the Taliban put his foot on my head, crushed my face against the concrete. They kicked me in the head … I thought they were going to kill me,” said Naqdi.

Naqdi said he and his colleague Taqi Daryabi, a reporter, had been accosted by a Taliban fighter as soon as he started taking pictures at the protest.

“They told me: ‘You cannot film,’” he said. “They arrested all those who were filming and took their phones.”

“The Taliban started insulting me, kicking me,” said Naqdi, adding that he was accused of being the organiser of the rally. He asked why he was being beaten, only to be told: “You are lucky you weren’t beheaded.”

The spate of assaults followed the Taliban’s announcement of a new government on Tuesday, which was widely seen as a signal they were not looking to broaden their base and present a more tolerant face to the world, as they had suggested they would do before their military takeover.

Foreign countries greeted the interim government with caution and dismay on Wednesday. In Kabul, dozens of women took to the streets in protest.

Many critics called on the leadership to respect basic human rights and revive the economy, which faces collapse amid steep inflation, food shortages and the prospect of foreign aid being slashed as countries seek to isolate the Taliban.

The White House spokesperson Jen Psaki said no one in the Biden administration “would suggest that the Taliban are respected and valued members of the global community”.

Longer-term aid would depend on the Taliban upholding basic freedoms, she added.

The new acting cabinet includes former detainees of the US military prison at Guantánamo Bay, while the interior minister, Sirajuddin Haqqani, is wanted by the US on terrorism charges and carries a reward of $10mn (£7.25m).

His uncle, with a bounty of $5m, is the minister for refugees and repatriation.