Vinod Kannan to take over as Vistara CEO 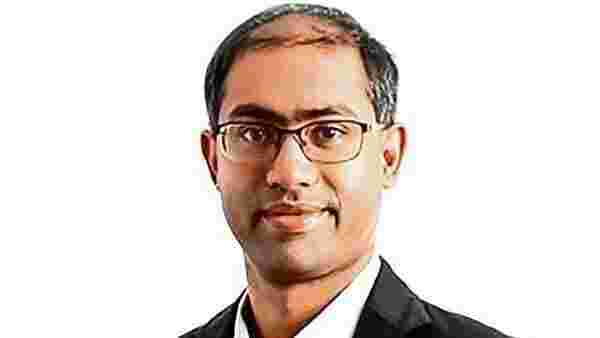 NEW DELHI : Vistara, a joint venture between Tata Sons and Singapore Airlines, on Tuesday said that the airline's chief commercial officer Vinod Kannan will replace Leslie Thng as the chief executive from 1 January, 2022.

After leading Vistara for more than four years, Leslie Thng will move on to take up a senior appointment with Singapore Airlines, the airline added in a statement.

Prior to joining Vistara, Kannan had held various senior positions at Singapore Airlines Group, including that of chief commercial officer at Scoot, the no-frill offering of Singapore Airlines, apart from handling global network planning for the airline conglomerate.

"Leslie has led the airline through a significant phase, with the start of international operations and the entry into service of various aircraft including the Boeing 787-9 Dreamliner," Vistara’s chairman Bhaskar Bhat said in a statement.

"Vinod (Kannan) will lead Vistara in its next phase of growth, building on the strong foundation laid by Leslie," Bhat added.

Vistara, which has 48 aircraft in its fleet, including 37 Airbus A320, three Airbus A321neo, six Boeing 737-800NG, and two Boeing 787-9 Dreamliner aircraft, had 8.1% domestic market share during July, according to the latest data from the Directorate General of Civil Aviation (DGCA).

The immediate challenge Kannan will face after taking over as the chief executive of the airline would be to steer the airline towards growth and profitability as the sector emerges from the covid-19 pandemic.

Vistara hasn't reported annual profits since it started operations in 2015.

In a recent interview, Kannan told Mint that Vistara is exploring opportunities to connect more tier two and three towns and cities with busy metropolitans, which would also feed traffic to its international network.

"We have seen that there is demand that has come in from metro cities to tier two and three towns and cities like Delhi-Ranchi, Delhi-Raipur, Bangalore-Guwahati, Bangalore-Bagdogra," Kannan had said.

"At the end of the day, we also want to make the most of opportunities, whether this is to feed our international flights from smaller cities through the metropolitans, or feed traffic to our international airline partners," he had added.

Vistara recently restarted international flights to Dubai, Sharjah and Male after health-related restrictions were relaxed there.

"Our preference would be to go back to cities where we used to operate like Singapore, Bangkok, Kathmandu, Colombo and so on," he had said.