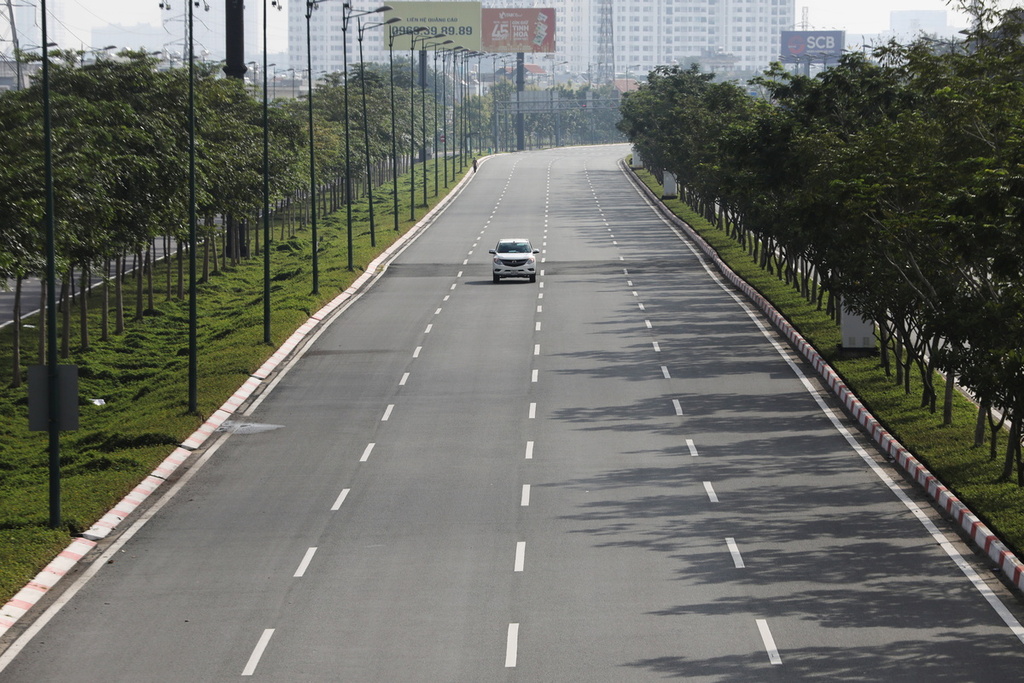 Ho Chi Minh City authorities said an extension until the end of September was necessary to isolate clusters, speed up inoculations and prevent hospitals being overwhelmed in the city of 9 million people.

Although more than 1 million vaccine shots have been administered daily of late, Vietnam vaccination rate of 5.2% of its 98 million population is one of the region's lowest.

"Although in some districts of the city where the virus is being kept at bay, restaurants are allowed to open for takeaways and people can go out for food."

Vietnam has recorded more than 610,000 infections and 15,000 deaths, the majority of those since May. Business hub Ho Chi Minh City accounts for half of those infections and 80% of fatalities.

Vietnam had until late April maintained one of the world's best containment records. The current outbreak and movement curbs have impacted its manufacturing-led economy, with industrial output, exports and retail sales all down in August.

The prime minister earlier warned of a long coronavirus battle for which lockdown and quarantine measures could not be relied on indefinitely.

The capital Hanoi, the southern industrial hub Binh Duong and some provinces in the rice bowl Mekong Delta are seeking to gradually ease curbs, authorities said.

The civil aviation authority has proposed to the transport ministry a resumption of domestic flights in three phases, state-run Nguoi Lao Dong newspaper reported, after a months-long suspension.