This video purports to show the moment journalists come under enemy fire in a recently-occupied part of Luhansk Oblast in eastern Ukraine.

A second video shows one of the men with what looks like a bullet hole left in his bullet-proof vest.

Zenger News obtained the footage from the People’s Militia of the LPR [Luhansk People’s Republic] yesterday (Monday, May 16).

The militia said: “The moment and consequences of the mortar attack, under which the film crew of the Press Service of the UNM [People’s Militia] of the LPR, VGTRK [All-Russia State Television and Radio Broadcasting Company] correspondent Nikolai Dolgachev and Izvestia correspondent Alexei Poltoranin fell in the liberated village of Novozvanovka.”

The LPR is a pro-Russia breakaway state that claims all of Luhansk Oblast – and currently administers most of it – in eastern Ukraine.

None of the media team were reported to have been injured in the attack.

From February 24 to May 17, the total combat losses of Russian troops stand at around 27,900 personnel, according to the General Staff of the Armed Forces of Ukraine.

The Russian MoD has not been giving figures for Ukrainian personnel losses.

Neither side’s claims have been independently verified.

Elsewhere, more than 260 Ukrainian soldiers left the Azovstal metallurgical plant and were taken to Russian-controlled territory last night. It is believed they will be exchanged for Russian prisoners of war.

Efforts to rescue the last remaining Ukrainian fighters holed up in the steelworks – located in the strategic port city of Mariupol – are said to be ongoing.

And Turkish President Recep Tayyip Erdogan has suggested that he may block Finland’s and Sweden’s applications to join NATO after he accused the Nordic nations of harboring Kurdish militants whom he regards as “terrorists”. 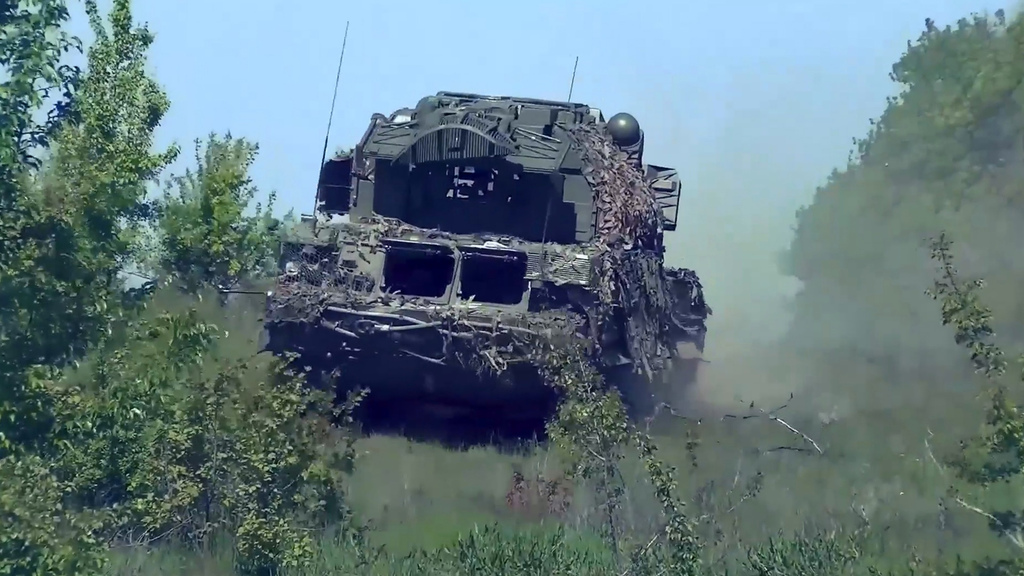 Zenger
One subscription that gives you access to news from hundreds of sites
VIDEO: War In Ukraine: Russians Wipe Out Howitzers Sent From USA In Latest Strikes
This video shows Russian missiles whizzing towards a tract of woodland just a stone’s throw from a residential area in…

Zenger News obtained the video from the Ministry of Defense (MoD) of the Russian Federation on Wednesday, May 18.