Tiger Woods stunned the golf world Saturday when he decided to withdraw from the final round of the PGA Championship in Oklahoma.

Woods’s announcement came just hours after the legendary golfer finished the third round nine-over-par 79, the worst PGA Championship score of his career. The sudden withdrawal marked the first time Woods has withdrawn from a major in his professional career.

The 46-year-old appeared noticeably uncomfortable throughout his trying final showing in Tulsa as he struggled to find his stride while facing frigid temperatures. A startling video taken prior to the third round went viral on social media, and it appeared to show Woods’s surgically-repaired right knee buckle while warming up and practicing.

The scary clip provided a snapshot of the type of pain Woods has been playing through since making a shocking return at the Masters in April. The event was Woods’s first in nearly 17 months after he sustained severe right leg, ankle and foot injuries in a February 2021 car crash.

It remains unknown at this time when Woods will make his next appearance, as his agent Mark Steinberg revealed in a brief phone interview with Sports Illustrated he is battling through “pain and discomfort” in his right foot. “He just thought it was in his best interest not to tee it up tomorrow,” Steinberg told SI’s Bob Harig.

Woods’s next possible opportunity to play would likely be at the U.S. Open in Massachusetts. The tournament is scheduled to begin in 26 days on June 16. 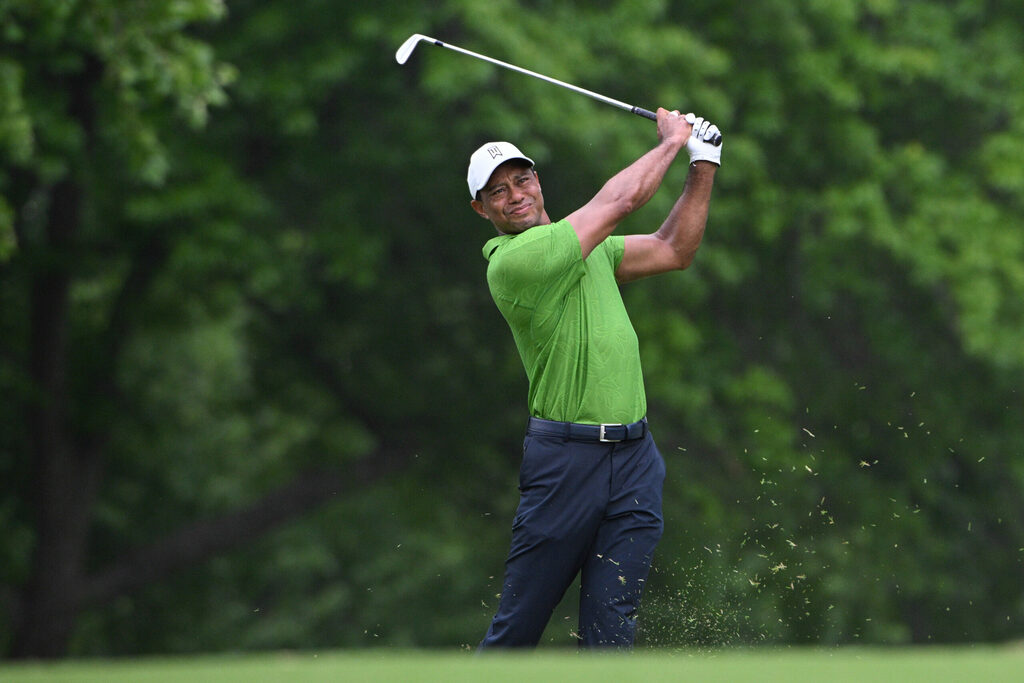 Tracker: Tiger Woods shot-by-shot Saturday third round at the 2022 PGA Championship at Southern Hills
It's time for the weekend in Tulsa.

Hours after Woods limped his way to a 9-over 79 in the third round at Southern Hills, he informed the…