VIDEO: Putin On The Blitz: Ukrainian Shelling Destroys Russian Base

A precision Ukrainian artillery attack turned a Russian base into a deadly fireworks display after the blast triggered live ammunition.

Aerial footage of the blitz shows the military tank base after it was shelled by Ukrainian ground forces.

The video opens with a fire raging on the facility and what looks like a fireworks display as munitions are apparently detonated.

A huge explosion is then seen, with a cloud of thick smoke rising high into the sky.

Zenger News obtained the video from the 14th Separate Mechanised Brigade named after Prince Roman the Great – a mechanized brigade of the Ukrainian Ground Forces – yesterday (Monday, May 9).

The brigade said (in Ukrainian): “To incinerate the enemy in the same way as Princely dragons-gods of war is the highest art! We are creating hell for racist creatures on earth. We can do everything, everywhere, always!”

The brigade is garrisoned in Volodymyr, which is a small city located in Volyn Oblast, in north-western Ukraine. It did not say where in Ukraine the strikes took place.

Russia troops invaded Ukraine on February 24 in what the Kremlin is now calling a “special military operation” to “protect Donbass”. Today marks the 76th day of the invasion.

From February 24 to May 10, the total combat losses of Russian troops stand at around 26,000 personnel, according to the General Staff of the Armed Forces of Ukraine.

This week, Vladimir Putin addressed a huge military parade on Red Square in Moscow to commemorate the defeat of Nazi Germany at the hands of the Soviet Union in World War II.

The Russian President used his speech to claim that Russian troops in eastern Ukraine were “defending the motherland”. He also said that the “special military operation” in Ukraine was necessary and was provoked by the West.

Meanwhile, the southwestern Ukrainian port city of Odesa has been rocked by Russian missile strikes, which hit a shopping center and a depot, reportedly killing one and injuring five.

And Russian forces are now conducting “storming operations” at the Azovstal metallurgical plant in besieged Mariupol, according to the Ukrainian Ministry of Defence, with some 700 wounded soldiers apparently trapped in the steelworks.

And the bodies of 44 civilians have been found amid the rubble of a five-story building in Izium destroyed by Russian forces in March, said a Ukrainian official. 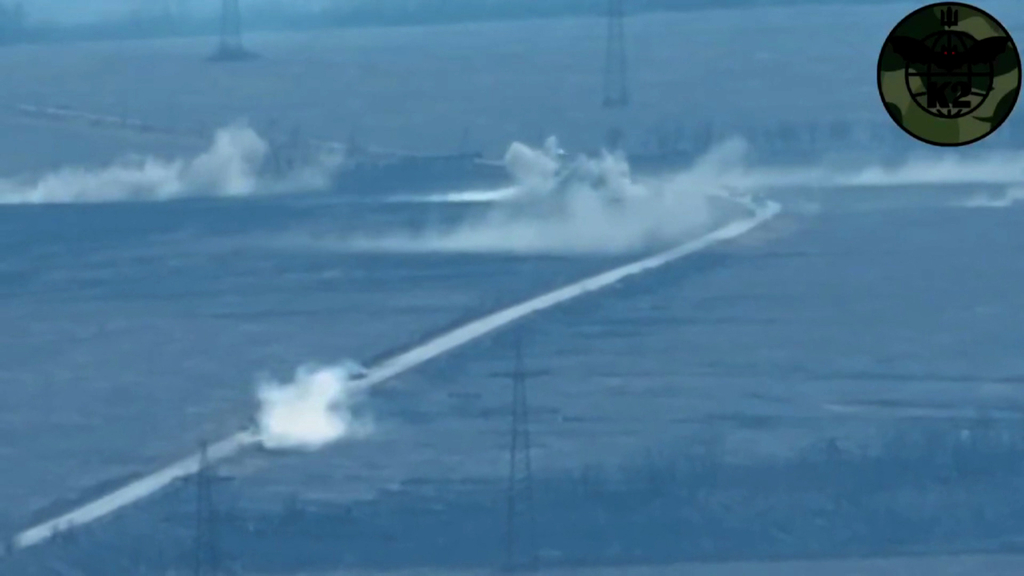 Zenger
One subscription that gives you access to news from hundreds of sites
VIDEO: Howz About That: Ukrainian Brigade Destroys Russian Howitzer And Tanks

The Ukrainian brigade said on 4th May: “We are destroying the Russian occupiers together with their armored vehicles.

Zenger
VIDEO: Inferno: Fiery Explosions As Huge Russian Base In Ukraine Is Blitzed With Rocket Fire
This aerial footage shows fiery explosions taking place one after the other at a massive Russian military camp in Ukraine…