Video: Evander Holyfield explains why Mike Tyson was ‘the only reason’ he returned to boxing

By Matthew Wells and Danny Segura 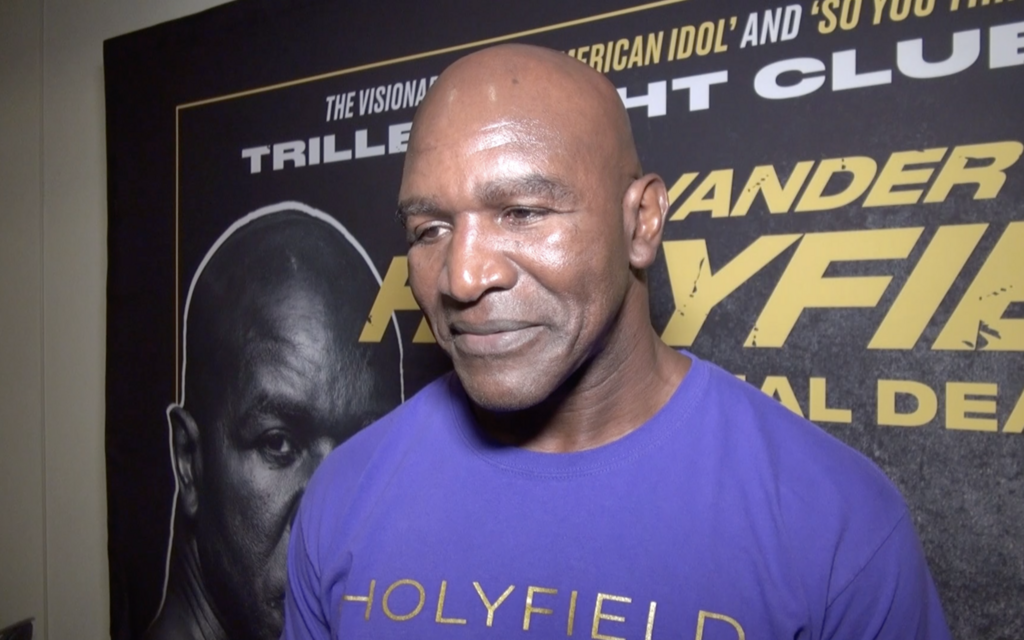 Triller Fight Club Legends II is set to go down on Saturday, and one-half of the headliner, former boxing champion Evander Holyfield, explained his motivation to return to the ring.

Holyfield will take on former UFC champion Vitor Belfort in an eight-round boxing match on pay-per-view at the Seminole Hard Rock Hotel & Casino in Hollywood, Fla. Oscar De La Hoya was the original opponent for Belfort, however, after being hospitalized due to COVID-19, he was removed from the bout, and Holyfield stepped in as a replacement.

For the past couple of years, Holyfield was preparing for an exhibition bout against Mike Tyson, which he credits as the reason why he was prepared to step in and take the fight against Belfort on short notice, despite being 58 years old. Although negotiations have stalled, Holyfield still hopes the bout against Tyson comes to fruition.

“That’s the only reason I even came to the point of, ‘Hey, you want to do this?'” Holyfield told MMA Junkie when asked if the fight against Tyson could still happen in the near future. “That’s the only reason. I knew that they were offering something that if I fought my whole career and I could make more money on a comeback than I made my whole career, then who wouldn’t take that chance?”

Watch the full interview with Holyfield in the video above.