This remarkable underwater footage shows the moment when a shark hurtles towards a diver and starts munching away at his catch of fish.

The clip was filmed in the waters off Porto de Santo Antonio Noronha in the paradisiacal Fernando de Noronha archipelago.

The archipelago lies 220 miles from Brazil – to which it belongs – in the Atlantic Ocean, and the footage was filmed at a depth of seven metres (23 feet).

The video – filmed on 4th May – shows artisanal fisherman Felipe Rogerio ‘battling’ with a shark over his catch of fish below the water’s surface.

Rafael Mesquita Ferreira, who filmed the footage, told Zenger News: “The sharpnose shark appeared, attracted by the smell, and attacked the line of fish three times, taking two coneys and trying to bite a squirrelfish, but it has a lot of thorns, so it wasn’t able to.

“The fishermen involved are authorized for this type of fishing in Noronha and it is forbidden to try to prevent the shark from approaching the fish.

“The person who appears in the video is Felipe Rogerio, resident and tour guide of Fernando de Noronha. He was fishing with another resident and friend, ‘Nego’. Both are authorised to fish in the archipelago.

“The sharpnose shark appeared during fishing and I was following, capturing the images.

“The shark appeared and took two fish from the line and we didn’t do anything because they are protected animals on the island and we cannot interfere with their behavior.

“I took advantage of the situation to record the shark’s actions!

“Besides this one, there were other sharks of the nurse shark species.”

Nego, whose real name is Erivaldo Alves da Silva, added: “I thought it was funny, it was a medium-sized shark.

“It tried to swallow a bigger fish and couldn’t, it didn’t fit in his mouth. My friend and I laughed a lot, it was very funny.”

The Brazilian sharpnose shark is, fortunately for the divers, comparatively small compared to most sharks, and when fully grown will rarely be larger than around 80 cm.

It is considered vulnerable in Brazil because of intensive fishing and many experts believe even this status does not properly reflect how endangered it currently is.

As well as the threat of being targeted as a food source it is also at risk of water pollution, plastic ingestion, and plastic entrapment. 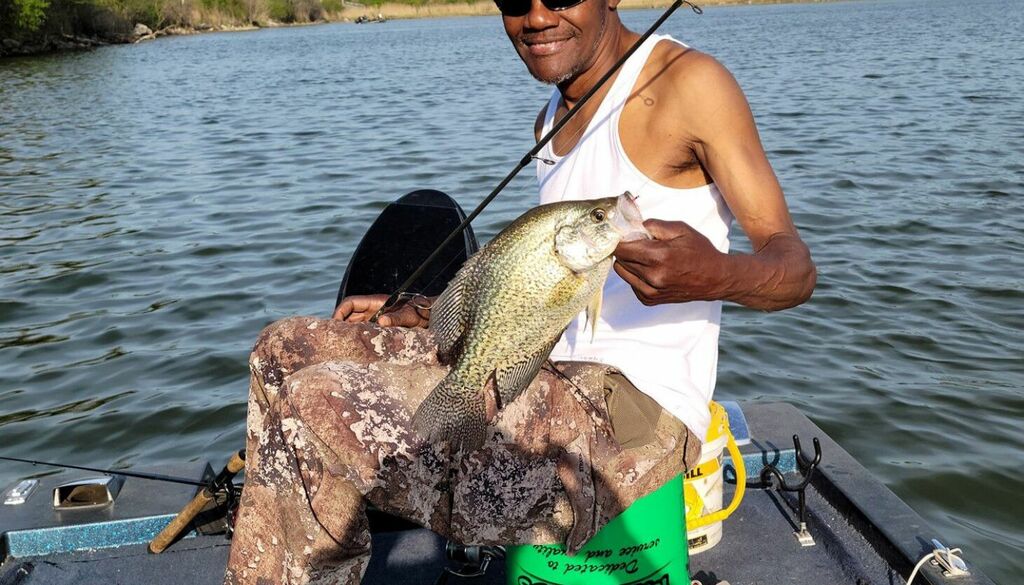 Chicago fishing, Midwest Fishing Report: Summer makes its mark
Summer arrived last week, even if only for a few days of record heat, and that impact leads this sprawling…

Chicago Sun-Times
One subscription that gives you access to news from hundreds of sites
Showdown at sea? Killer whale spotted off Cape Cod in waters known for great white sharks

The Independent UK
Tam Cowan: Europa League final was not the only big football event this week

Our Columnist, Tam Cowan, on the latest news this week