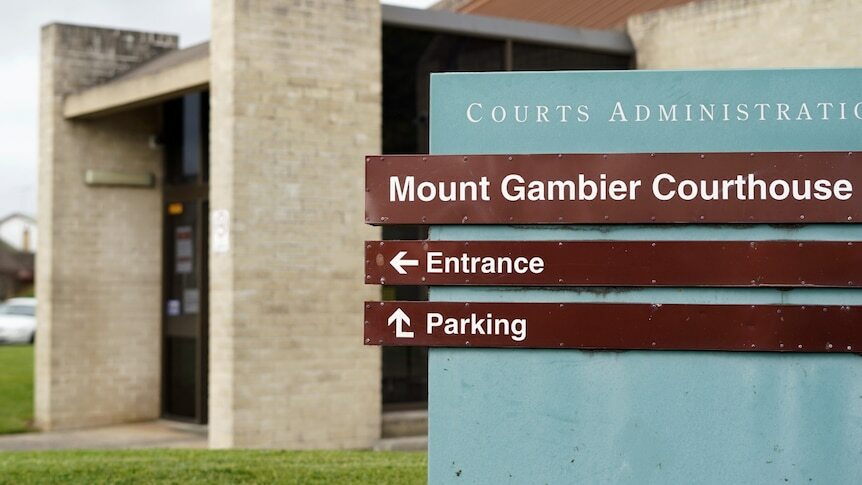 A Victorian pair who breached South Australia's border rules will remain in custody after they allegedly crossed the border without a valid permit.

They appeared in the Mount Gambier Magistrates Court via video link on Tuesday and were charged with failing to comply with a coronavirus direction.

Rose has pleaded guilty and will remain in custody until November 12, when he will reappear for sentencing.

The court heard his co-accused, Crofts, "has a defence" for the border breach charge.

Crofts' defence lawyer Jarrad Sim said she was under the influence of drugs and asleep as a passenger when her co-accused drove across the border into South Australia.

The court heard a bail inquiry report had found that Crofts had a suitable bail address in Portland, Victoria.

Mr Sim said it was "borderline oppressive" to continue to keep his client in custody until her next court date in mid-November.

He said similar offenders had been sentenced to less time.

But Magistrate Koula Kossiavelos said she wasn't prepared to release Crofts on bail without a "significant" cash surety.

She ruled that a $3000 bond had to be paid to the courts before Crofts could leave prison, and that she would be escorted to the border by police.

Magistrate Kossiavelos said that breaching a coronavirus direction may "not seem like the most serious charge" but the community had seen the "ripple effects" caused by COVID-19.

She mentioned the tightened restrictions within the Mount Gambier, Grant, and Wattle Range council which affected the areas last week, triggered by a positive COVID-19 case in the city.

Magistrate Kossiavelos said that "one mistake" can cost human life or cause a whole state to go into lockdown.

Crofts will reappear in court next month.