The federal election result is highly problematic for the Liberal Party. Aside from finding itself on the opposition benches for the first time in nine years, the Liberal Party lost support in what were once its strongest electorates in Victoria. The biggest blow of all came in losing former Treasurer Josh Frydenberg’s seat of Kooyong.

It’s a devastating result that must now start a conversation about the party’s policy agenda at the state and national level.

Read more: A narrow Labor win and a 'teal bath': all the facts and figures on the 2022 election

How Victoria’s electoral map was reshaped

Victoria, like Western Australia, had been the subject of a routine electoral redistribution before this election by the Australian Electoral Commission. This resulted in a new seat being created to the west of Melbourne, Hawke, to reflect the state’s changing population. In the process, it redrew the boundaries of many seats.

Even before the campaign began, the Liberal Party looked to be in trouble in Victoria. At the national level, opinion polls were showing Labor ahead on the all-important two party preferred vote.

Despite this, the experience of 2019, when polls got it wrong, injected some doubt as to whether Labor could really win the election. For example, one nightmare situation for Labor could have been enjoying a boost in the support in seats it already held, but being unable to win seats from the Coalition.

The possibility of this occurring was quickly extinguished on election night as Chisholm, the most marginal seat held by the government in Victoria, showed a strong swing to Labor. A two-party preferred vote swing of over 8% meant Gladys Liu could not defend the seat, held by a margin of just 0.5%.

The story continued in other parts of the state such as the seat of Deakin, which covers suburbs including Ringwood and Croydon in eastern Melbourne. It is held by right faction luminary Michael Sukkar but, with a two-party swing of almost 6% to Labor, looks likely to be a Labor gain.

Read more: Is this the end of the two-party system in Australia? The Greens, teals and others shock the major parties

In the inner-metropolitan seat of Higgins, Liberal incumbent Katie Allen’s primary vote fell by over 6%. The seat, once held by Treasurer Peter Costello and then Kelly O’Dwyer, is now looking almost certain to be won by Labor.

Even in the once-relatively safe seat of Menzies, which was previously held by Kevin Andrews, the Liberal party’s primary vote fell by over 9%. The candidate who replaced Andrews, Keith Wolahan, must now wait for the final votes to be counted to know his fate because, at the time of writing, he was ahead by just 45 votes.

There were some rare bright spots for the Coalition in Victoria. The Nationals were able to defend their seats while, in the outer-metropolitan electorate of La Trobe, Jason Wood has strengthened the margin he holds the seat by over 3%.

One major development in Victoria was the performance of the teal independent candidates, especially in the inner metropolitan seats where the Liberal Party had performed very strongly over many decades.

The electorate of Goldstein had been held by the Liberal Party since its creation in 1984, and has been represented by MPs who became senior ministers, including David Kemp (1990-2004) and Andrew Robb (2004-2016). The incumbent, Tim Wilson, was defending a healthy two-party preferred margin of 7.8%. However, this evaporated as independent Zoe Daniel won the seat after the Liberal’s primary vote collapsed by over 13%.

The seat of Kooyong, which was held by Treasurer Josh Frydenberg, also fell to a teal independent, Monique Ryan, who finished with a higher primary vote than the incumbent.

The defeat in Kooyong has added significance. This was the seat that was held by the Liberal Party’s founder and longest serving prime minister, Robert Menzies. The defeat of the party here indicates its policy agenda is no longer resonating with what was once its core constituency.

Where to from here?

The losses in Victoria for the Liberal Party pose significant challenges. At a national level, the loss of Frydenberg, Allen and Wilson deprives the party of insights from Victorians, something that it can ill afford when trying to arrest the slide in popularity in this state.

The absence of Frydenberg in particular will also diminish the experience the party has, especially in the Treasury portfolio, and will likely have implications for the party’s policy direction.

The absence of these MPs, as well as the possible absence of Sukkar, also has important organisational implications for the party at the broader state level. The Liberal Party had significant party infrastructure that was built around the inner metropolitan electorates. Kooyong, Deakin and Higgins all had “200” clubs, which are important fundraising bodies for the Liberal Party. It remains to be seen how the party can continue to fund-raise in the same way without a local MP.

In electoral terms, the Liberal Party has gone backwards in Victoria, losing seats to not just its main rival in Labor, but also new challengers in the form of the teal independents. It will need some serious soul-searching to find its way back from here.

Zareh Ghazarian does not work for, consult, own shares in or receive funding from any company or organization that would benefit from this article, and has disclosed no relevant affiliations beyond their academic appointment. 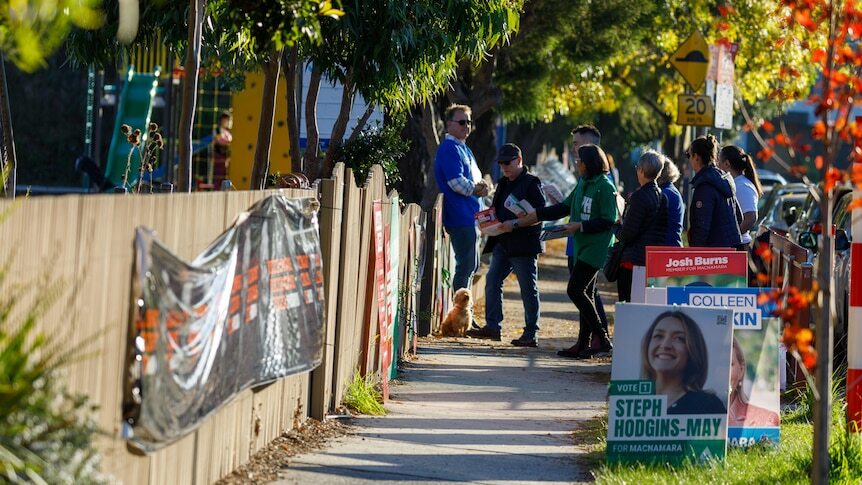 Deakin, Macnamara, Menzies: Victorian seats on a knife edge as federal election 2022 counting continues
The Liberal Party is battling to hold onto key seats in Melbourne's eastern suburbs, while Labor is edging ahead in…