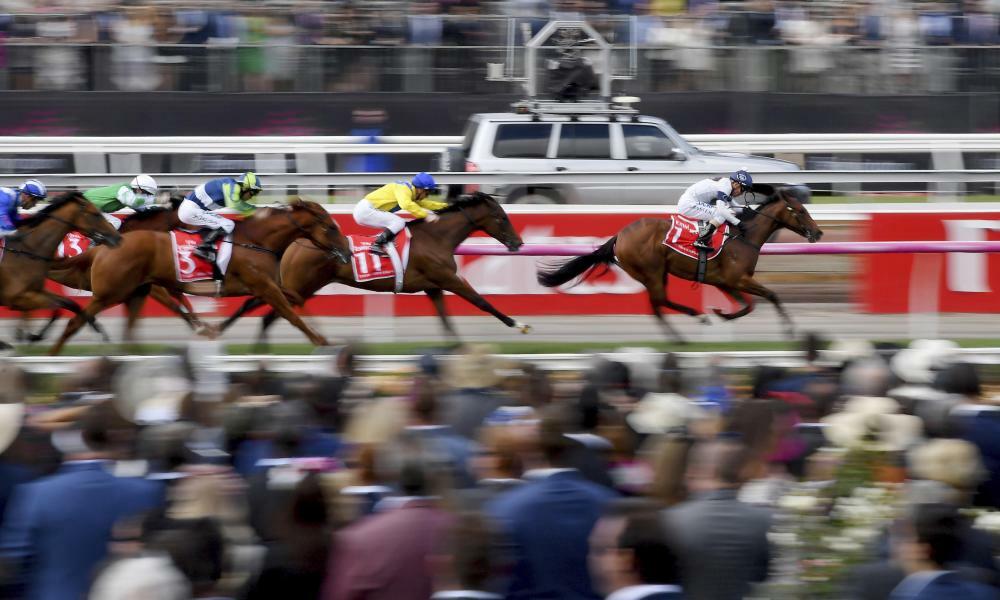 The Victorian government will allow 10,000 fully vaccinated people to attend the Melbourne Cup on 2 November as part of a trial of the state’s “vaccinated economy” reopening plan.

The state’s premier, Daniel Andrews, announced the plan to have spectators at the race, in what he called a “very, very detailed Covid-safe plan”, as well as plans for “several thousand” vaccinated people to attend a live music concert at the Sidney Myer Music Bowl on 30 October.

Andrews said having crowds at the Melbourne Cup would “send a message” about Victoria’s reopening after the state had endured a tumultuous two years of long-running Covid lockdowns.

“Whether you are a racegoer or not, a fan of that sport or not, that’ll be a really important date for every single Victorian and [will] send a message to the rest of the country and the world about the fact that we are open, more open too beyond that but our road map is absolutely our way through this,” he said.

“Us as a state and economy and community being open and us having done everything we can now to fight against this virus, having stuck together, having looked out for each other, having got vaccinated, is the most important part. These are just a few announcements today and there will be many more in terms of metropolitan Melbourne trials.”

But the announcement came with caveats. While Victoria is on track to reach the 70% double vaccination target on 26 October, at the current rate it would not reach 80% until three days after the Melbourne Cup.

If that happened, Victoria’s racing minister, Martin Pakula, said the state’s 25km radius would be in effect.

“I checked my own distance from the race track. I think I’m 23km from Flemington,” he said. “It’s one of the consequences of being in a pandemic.”

The announcements were welcomed by business groups, with Paul Guerra, the chief executive of the Victorian Chamber of Commerce and Industry, calling the news “so very Melbourne”.

“This bold move will propel Victoria to reclaim our mantle as the events and sporting capital of Australia,” Guerra said.

“Images of crowds enjoying the spring racing carnival will be beamed across the world, sending an important signal that Melbourne is back in business.”

Details of the proposed music concert, however, remained scant. The Melbourne Arts Centre said merely to “watch this space”, while Andrews said he could not yet say how many vaccinated people would be allowed at the event, or who would perform.

“As part of the vaccinated economy trials, there’ll be several thousand double vaccinated [people] who can attend that live music event,” he said.

“We are the live music capital of our nation. We have been there to support them all the way through but they want to get out and perform and do what they do best. That’s to entertain and inspire, to question all of us, to be that incredibly soulful part of our city and state.”

Victoria’s “vaccinated economy” trials will begin across six local government areas in regional parts of the state on Monday. It will mean businesses such as cinemas, hotels and cafes will be allowed to increase their venue capacity for fully vaccinated people.

But the news comes as the state’s Covid numbers continued to climb. On Sunday the state recorded 1,890 new Covid cases and five additional deaths. They included two men in their 50s, two in their 70s and a woman in her 80s.