Victoria 2026: What to expect from the next Commonwealth Games

Regional Melbourne and Australia’s First Peoples have taken centre stage as the curtain came down on the Birmingham 2022 Commonwealth Games.

Four elders took to the stage in Birmingham early on Tuesday to officially invite the Games to Victoria in 2026.

Australia garnered a hefty medal haul in Birmingham – topping the chart of nations with 67 gold, 57 silver and 54 bronze.

With the 2022 Games officially done and dusted, attention turns to Australia – regional Victoria, more specifically – with sporting fanatics wondering what is in store for the next event in 2026.

Australian cities have hosted the Commonwealth Games five times before, including Melbourne as recently as 2006.

But the 2026 edition will be unlike any other. It will be the first time in Games’ history that they have been held across multiple cities, with events planned throughout regional Victoria.

Details remain sketchy – mostly because plans are still being finalised. We do know the official opening ceremony will be at the MCG on March 17.

But that’s where Victoria’s premier sporting venue largely bows out, with the focus shifting to hubs in Geelong, Ballarat, Gippsland and Bendigo as the Games run from March 17 to 29, 2026.

Shepparton will also get a look in, while other towns and cities have been invited to step up and register an interest in holding activities.

Premier Daniel Andrews said it would be a ‘‘great honour’’ for Victoria to host the 2026 Games – for which $2.6 billion has been budgeted.

“We can’t wait to welcome the world to all of our state,’’ he said in April.

Part of the reason for the lack of clarity is because Victoria has just under four years to prepare for its latest Commonwealth Games – where hosts normally get up to seven years.

That’s down to delays in choosing a host. It was meant to happen as far back as 2019, but the announcement was pushed back, first to 2020 and then again to 2022.

With Birmingham in full swing, Victoria 2026 chief executive Jeroen Weimar and his team have been busy scouting venues to see what they can learn from their British counterparts.

Mr Weimer said on Sunday (Australian time) that he aimed to have venues ‘‘packed with people’’, as the Birmingham Games have been, come 2026.

‘‘Alexander Stadium (in Birmingham) last night was absolutely pumping because it’s a 30,000-capacity stadium which is completely rammed full. That’s what creates the atmosphere,’’ he said.

‘‘We would much rather have venues that are packed full of people that are energised, that are focused and I think that’s why the regional Games work really well.’’

What sports will be on?

Victoria 2026 has confirmed a core group of 16 sports, including six para sports.

They include T20 cricket, which is expected to be played in all four regional hubs. There’s also cycling, to be hosted in Gippsland and Bendigo.

Aquatics, beach volleyball, gymnastics, hockey, table tennis and triathlon will be in Geelong, while Ballarat is expected to host athletics and boxing.

In Bendigo, there will be lawn bowls, netball, squash and weightlifting, with rugby sevens and badminton in Gippsland.

Mr Weimar said each hub would have well-organised transport and scheduling that encouraged spectators to spend the day in one place instead of taking lengthy road trips.

For example, all events in Bendigo will be within walking distance of the CBD, while athletics and boxing in Ballarat will be at the same Eureka Park complex.

‘‘We will absolutely concentrate on making the hubs work and that’s why the hub model for us is really important,’’ Mr Weimar said.

‘‘We will be actively putting a transport solution in place that ensures that people will go to Geelong for the day and will be able to see five or six or seven world-class sports within Geelong.

‘‘We’re not realistically going to be encouraging spectators to say ‘I’m going to do a morning of rugby sevens then an afternoon of swimming’ – that will be a very logistically challenging thing for the public to do.’’

They include the Indian Olympic Association, which wants shooting and wrestling added. Shooting was notably absent in Birmingham – to India’s dismay, as it is one of the country’s strengths.

Track cycling is also among the sports yet to be included. However, Mr Weimar said the organising committee remained open to discussions with the International Cycling Union.

Esports is another possible addition for 2026. It featured in Birmingham for the first time, with Mr Weimar and his team attending the Commonwealth Esports Championships last weekend.

He said the committee was ‘‘looking for a whole range of very different sports’’.

‘‘We see it as a really good opportunity to do something a bit different and to keep advancing the engagement across the Commonwealth but the movement of sport more generally,’’ he said.

Commonwealth Games Federation chief executive Katie Sadleir told the ABC that it would conduct a review after the Birmingham Games.

‘‘We will evaluate all options and look at what is the best win-win for the partnership,’’ she said. 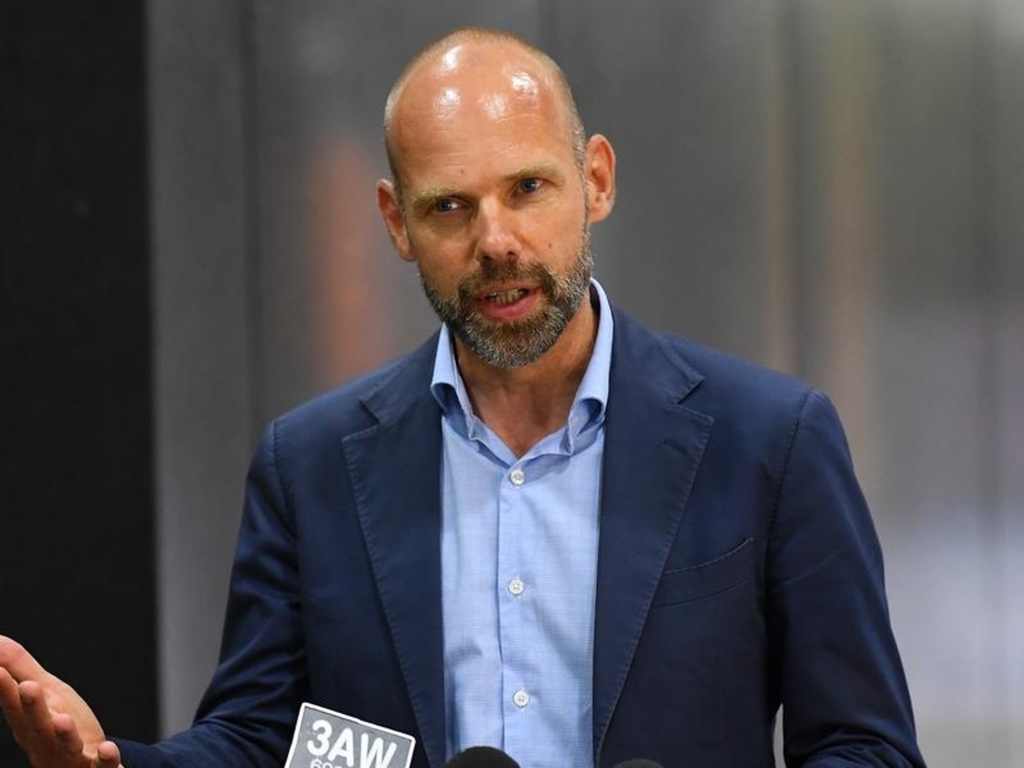 Four-hub Games can work: Vic 2026 boss
Victoria 2026 bosses are confident they can make the Commonwealth Games a success despite spreading it across four different regions.

AAP
From analysis to the latest developments in health, read the most diverse news in one place.
Commonwealth Games closing ceremony: Australia finishes atop Birmingham 2022 medal tally as closing ceremony hands over to Victoria 2026

Birmingham organisers officially hand over the Commonwealth Games flag to Australia ahead of the 2026 Games, in a closing ceremony…

ABC News
Commonwealth Games closing ceremony - how often are games held and where will it be next?

The Commonwealth Games 2022 are coming to an end after nearly two weeks of breathtaking sports action. Here's everything you…

Daily Mirror
Esports could be included in Victoria 2026 Commonwealth Games, after inaugural pilot event in Birmingham

As the multi-billion-dollar esports industry continues to grow, the Commonwealth Games looks to tap into some of that success.

AAP
One place to find news on any topic, from hundreds of sites.
Commonwealth Games chief looks to bright, 'edgy' future

Birmingham (United Kingdom) (AFP) - The Commonwealth Games must be "modern and edgy" to stay relevant to a young audience,…