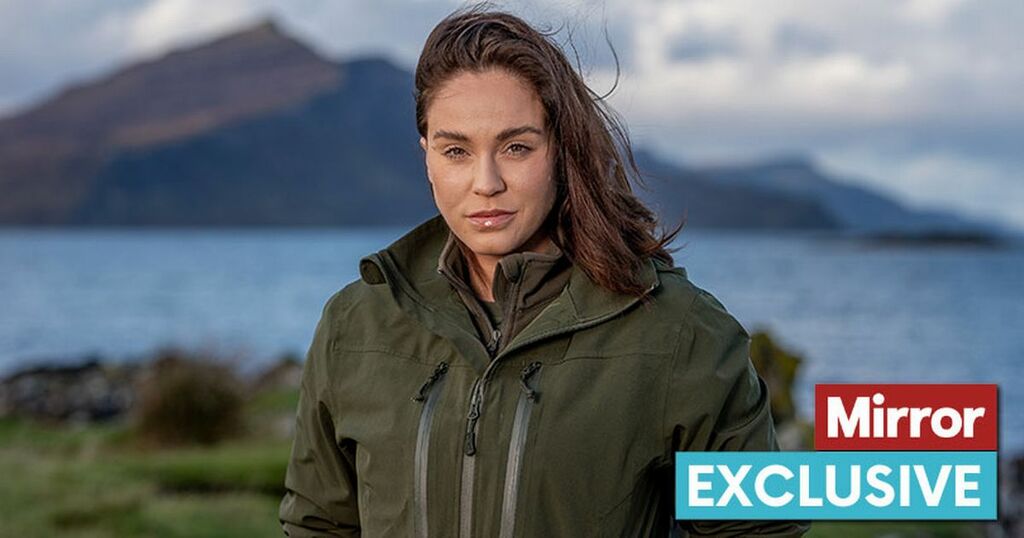 When Vicky Pattison signed up to SAS: Who Dares Wins there was just one thing she wanted to prove – that she is more than just the girl who had sex on TV.

Her romp on reality show Geordie Shore in 2012 turned the former office worker into a household name.

But nearly a decade on, Vicky is not the same party-loving woman that burst on to our screens and shocked the nation with her boozy X-rated antics.

She has carved out a successful career in showbusiness, settled down with ­boyfriend Ercan Ramadan, 38, and is now determined to shake off the stigma that has followed her for years.

Vicky, 33, says: “I have this big regret that most people know I had sex on TV. I always say you can’t be old and wise if you haven’t been young and daft.

“I do have chapters I don’t want to read out loud – but so does everybody.”

Can she do it? Have your say in the comment section

Since joining the original Geordie Shore cast in 2011, Vicky has appeared in a raft of shows, including being crowned Queen of the Jungle on ITV’s I’m A Celebrity in 2015, joining the panel on Loose Women and taking part in the BBC’s Celebrity MasterChef.

She says: “I feel I’ve achieved a lot in a short time. I’m ­really proud of my ­career and everything I’ve worked for.

“I’m on my way to being a very strong and confident woman, and I like where I’m headed, where I am going.”

A determination to show off that new-found strength was behind her taking on TV’s toughest challenge, in which celebs swap their pampered lives for two weeks roughing it on Scotland’s Isle of Raasay.

And Vicky knew she had a bigger hill to climb compared to some of her rivals on the show, including double-gold Olympian James Cracknell, former England footballer Kieron Dyer and gold winning Paralympian Aled Davies.

She says: “There’s always this ­implication that reality TV stars are talentless, or lack a good work ethic.

“So I was quite keen to prove that we’re brave and strong – and tough-talking and all the rest of it.

“I hope I altered some people’s ­perceptions. I think I did my best, and that’s all anyone can ask for.”

Vicky was not the only reality star testing their mettle on the show this year. She was also joined by former Love Islander Wes Nelson and X Factor stars Jake Quickenden and Alexandra Burke.

The four quickly bonded over their shared terror as they were dragged out of their comfort zone – to be yelled at day and night by Ant Middleton and his special forces pals Jason “Foxy” Fox, Mark “Billy” Billingham, Melvyn Downes and Anthony “Staz” Stazicker.

It was their level of aggression that caught Vicky by surprise, even though she has been a fan of the Channel 4 show for years.

She says: “Everybody thinks when they watch it, ‘I’d be fine – that wouldn’t get to me’.

“But nothing can prepare you for it. I’m usually so happy and chilled. I think taking myself back to a place where ­everyone was shouting and seemed angry was just awful… I didn’t enjoy it at all.

“I’m just a big girl and I don’t like ­being shouted at!”

While Vicky did joke to her fellow recruits that she found Ant’s angry ­antics a turn-on, she says that sense of ­infatuation definitely did not last long.

“I was not attracted to him by the end,” she laughs. “I was so scared of him.

“There’s not one inch of us that felt anything other than fear.”

TV bosses did not pull any punches this year. On day one, the celebrities had to walk a tightrope between cliffs, hike up a mountain then get gassed in a mock chemical warfare challenge.

Like all the stars who sign up, Vicky had tried her best to ­physically prepare for what was to come. But she quickly realised she was out of her depth.

She admits: “I feel it was the worst possible year to do it because in lockdown we’ve all just sat on the sofa eating biscuits.

“Normally, my ­fitness level is so much higher – but living that slug lockdown life made it much harder.

“I just don’t know what you can do to ­prepare yourself for it. I tried my best. I had some training with my personal trainer. I went in one of those cryo tanks.

“I convinced myself the cold was going to be my biggest ­problem. It was not.

“I would have been cold for the whole time… if I just didn’t have to run up all those hills!”

Unlike other shows on which contestants are voted off by the public or compete for a title, SAS: Who Dares Wins is a personal fight to see how far they can push themselves.

It often becomes a team effort – and Vicky says there is one man who she owes so much to – James Cracknell.

She explains: “You’ll see as the show goes on, I wouldn’t have been there as long as I was if it wasn’t for James.

“I could cry thinking of how much I love him. Honestly, I know there have been so many comments about him after his accident, the man he’s become ­because of his injury.

“But I saw no element of that. I saw a kind man who didn’t have to be as nice as he was to me.

“He didn’t have to be as supportive and understanding, like a true team player and an absolute gent – and someone who I still speak to on a weekly basis.”

Naturally James was a front-runner from the start thanks to his ability to dig deep and grind through challenges.

And when Ant saw that Vicky was struggling he decided to pair her with the 49-year-old Olympic rower. In tonight’s episode viewers will see them tackle a two-mile hike across the Scottish wilderness, carrying an oil drum as big as Vicky.

It was not the task that was daunting for her – but knowing she lacked the strength to help keep James in pole ­position on the course.

That awareness sent her confidence into a nosedive. But James, who is used to working in a team, stepped up.

She says: “I said to him, ‘I’m so sorry, James!’ And he was like, ‘Enough of this. Your biggest problem here is your ­confidence. Get out of your head. I’ve trained every day for 20 years to be who I am, and you’re keeping up – so f***ing be proud of yourself and stop apologising’.”

So did James’s steel and determination rub off on Vicky?

“No. I’m still such a girl,” she says. “I honestly would love to say it has. The thing I will say is that when you feel like you’re going to let someone down – ­someone like James, someone who you love, someone you know doesn’t deserve to be lying face down in that cold stream – you push yourself even harder.

“So it’s not that his steel rubbed off or anything like that, it’s just that I felt like I had to give everything I had for him.

“If you nurture me, and if you believe in it – like I think James did – it gave me something I needed. Meeting James Cracknell is the highlight of this show for me, 110 per cent.”

While she might claim to be a “big girl”, Vicky lasted longer than some of her other showbiz pals.

Meanwhile fans have seen Vicky tackle some of the toughest challenges – even excelling in one in which she staged an “armed” rescue of a hostage.

She insists modestly: “That was an accident – don’t let them tell you any differently. Honestly, I can’t say that it’s not just an absolute fluke.

“I feel like anything I ever did well, like the hostage situation, was just absolute beginner’s luck.

“I thought when I got in there everyone would get stuck in, you’ll get there and you’ll just get in your zone and tackle it. None of that happened.

“The whole time was just like, ‘Oh God, I want my mum’. I feel like it’s the Hunger Games on repeat…”