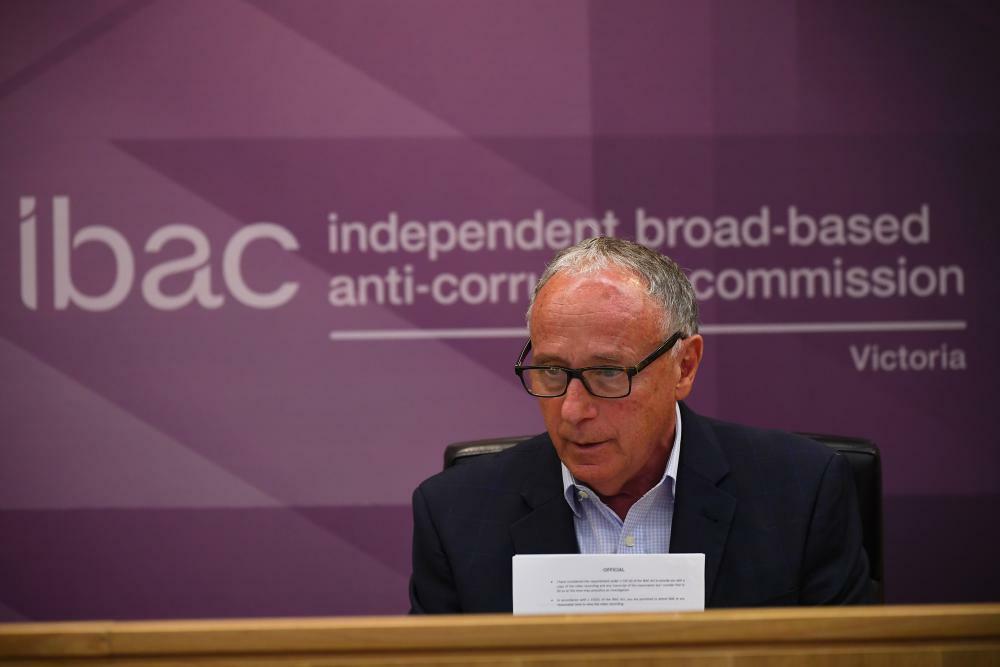 AAP
Immigration officials created network that can spy on majority of Americans, report says
LOS ANGELES — Immigration and Customs Enforcement has crafted a sophisticated surveillance dragnet designed to spy on most people living…

The distribution of racist and white supremacist propaganda to Adelaide homes is being investigated by police, amid reports of letterbox…

The Guardian - UK
Star board 'misplaced' trust in management

Allegations Victoria's government logging agency spied on its critics have sparked an investigation by the state's Information Commissioner.

The Office of the Victorian Information Commissioner (OVIC) said it was investigating whether VicForests breached the state's Privacy and Data Protection Act when it allegedly hired a private investigator to spy on activist Sarah Rees about 10 years ago.

Last year, a private investigator who had worked for VicForests told the ABC he was asked to follow and photograph Sarah Rees in order to "dig up dirt" on her.

After the revelations were aired by the ABC, VicForests hired a consultancy to investigate the allegations, and said it would make the investigation report public when it was completed.

In April this year, VicForests announced it had referred itself to Victoria's Independent Broad-based Anti-corruption Commission (IBAC), but did not release the report.

In May VicForests announced IBAC had referred the matter to OVIC.

Investigation 'likely to have lessons' for other agencies

The ABC can reveal OVIC is also conducting a separate investigation into whether VicForests has failed to comply with the state's Freedom of Information laws, after it refused to hand over information to Ms Rees related to the alleged spying.

Ms Rees requested the information in 2020 after becoming aware the alleged spying might have occurred.

"Any form of surveillance by government agencies is inherently intrusive and may be unlawful," Information Commissioner Sven Bluemmel said.

"It should never be conducted lightly and must always be subject to effective oversight."

Ms Rees said she was pleased OVIC was investigating the matter, but was concerned the investigation's inevitable focus on the Privacy Act meant it would not adequately capture the problems with the alleged activity.

"What I suspect it can't do is judge the impact this has had on me nor can it inquire into the culture behind this alleged behaviour of VicForests and what prompted it, that would be a job for IBAC," she said.

Mr Bluemmel said the investigation was focused on the historical allegations but would also examine current practices of VicForests to assess whether they may also amount to unlawful surveillance.

He said the investigation was "likely to have important lessons for other Victorian public sector agencies on the lawful use of surveillance".

Alan Davey, the private investigator who blew the whistle on his alleged spying activity, said he was pleased to see some action being taken.

"I'm glad we've found a tiger with some teeth," he said.

Mr Davey stopped working for VicForests about 10 years ago after he sued them over injuries he allegedly sustained while working for the agency.

If OVIC finds any serious breaches of the law, it can issue a compliance notice, forcing VicForests to take action on the matter. If those actions are not taken, it can pursue civil or criminal penalties.

VicForests said it would not be commenting further.

AAP
Immigration officials created network that can spy on majority of Americans, report says
LOS ANGELES — Immigration and Customs Enforcement has crafted a sophisticated surveillance dragnet designed to spy on most people living…

The distribution of racist and white supremacist propaganda to Adelaide homes is being investigated by police, amid reports of letterbox…